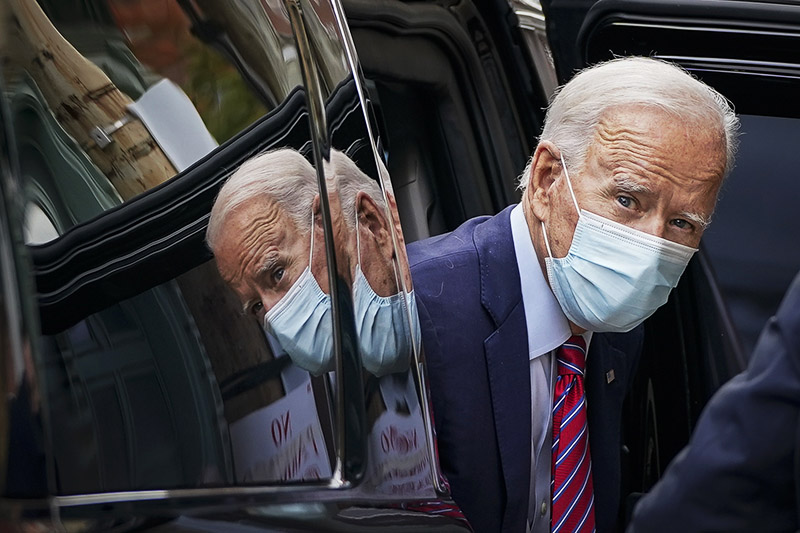 Joe Biden's campaign manager admitted the national polls that give Biden a double-digit lead over President Donald Trump are "inflated."

"We're not ahead by double digits. We're just not," tweeted Jen O'Malley Dillon on Thursday. Dillon went on to say the race is "far closer" than a lot of Biden supporters think. "Like a lot closer."

Now: Early voting is already underway in many states. Millions of voters have already cast their ballots. But there is still a long way to go in this campaign, and we think this race is far closer than folks on this website think. Like a lot closer. (4/?)

The Biden camp is concerned that the 2020 election will be a repeat of 2016 when Hillary Clinton had double-digit leads over Trump in 12 national polls.

In a Zoom call to supporters, Dillon said, "Please take the fact that we are not ahead by double digits. Those are inflated national public polling numbers."

With a hint of panic in her voice, she urged Democrats to get out and vote.

Some Twitter users expressed anger at the Biden camp for appearing to wave the white flag too early.

One user tweeted: "Are you trying to give me nightmares with this close talk or make sure I vote?"

Are you trying to give me nightmares with this close talk or make sure I vote?

But others see Dillon's warning as a calculating move to keep the other side off balance.

I'm sorry but why WOULDN'T she say this? They want to win, right? Which means keeping their supporters motivated and fired up and engaged, right? So you tell me which is more likely to lead to that: telling them "no worries, we got this" or "it's close, gotta keep working!"?