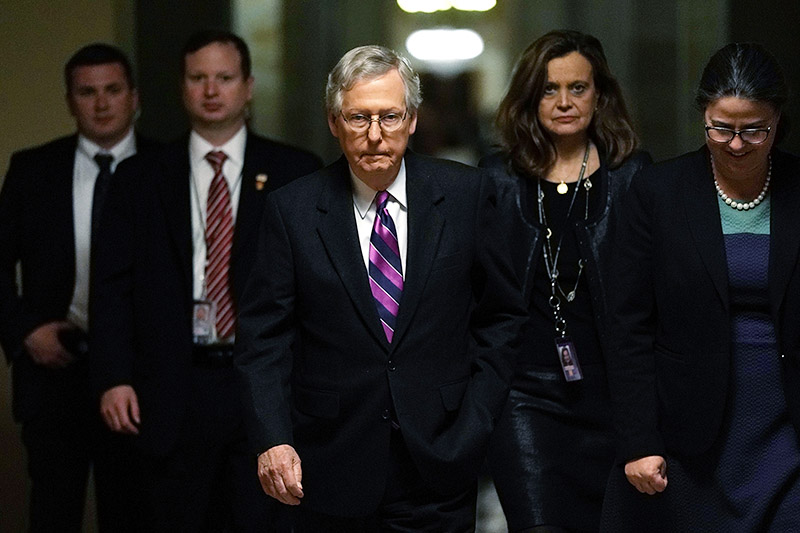 Following a rare Senate session on Friday, McConnell said he will not support funding for local and state governments in Democratic strongholds.

McConnell's staff say he sees "no path to an agreement" on a "liability shield" for companies and organizations facing potential Covid-19 lawsuits by employees who contract the virus on the job.

Lawmakers proposed a slimmed down version of the liability shield -- in exchange for funding for blue states and local governments, but McConnell won't budge.

McConnell criticized "controversial state bailouts" during a speech in the Senate. It's a point that he and President Donald Trump both shared.

Trump insisted on a fresh round of $600 stimulus checks for Americans. But House Speaker Nancy Pelosi refused.

Trump also proposed an extra $300 a week for Americans on unemployment -- half of the $600 a week they received earlier this year, but Pelosi wouldn't go for that either.

Another pressing issue is government funding to avoid a government shutdown on Saturday.

The next deadline for a vote on Covid-19 relief aid is December 18. Unemployment benefits for most unemployed Americans are set to expire by the end of this month.