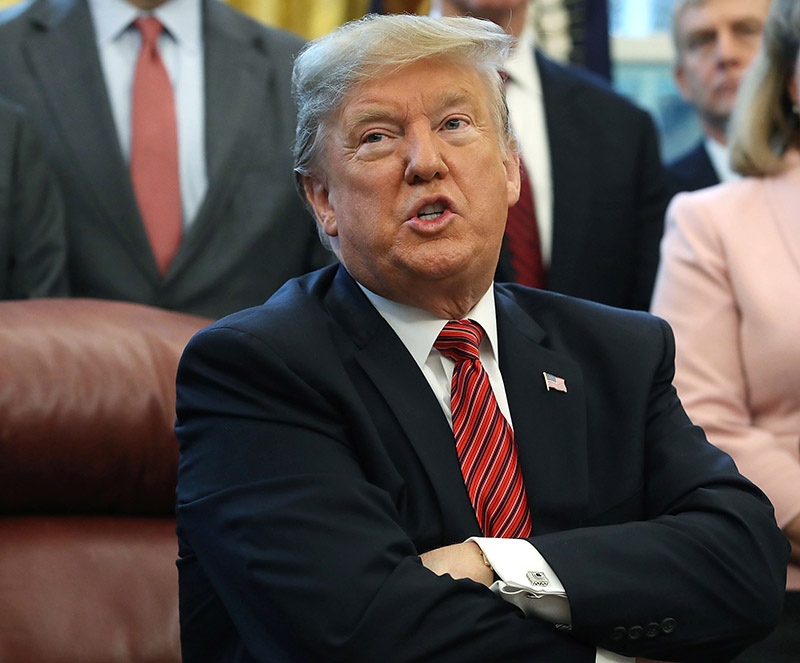 President Donald Trump is refusing to sign the pork-filled Covid-19 relief package that the House and Senate adopted on Monday.

The 5,593-page legislation was criticized by both Republicans and Democrats for providing only $600 per American while giving billions of dollars to corporations, lobbyists and foreign entities.

Referring to the Covid relief bill as a "disgrace," Trump demanded that the $600 direct payments be increased to $2,000 per eligible American.

"Congress found plenty of money for foreign countries, lobbyists and special interests, while sending the bare minimum to the American people, who need it, “ Trump said on Tuesday evening.

"I am asking Congress to amend this bill and increase the ridiculously low $600 to $2,000, or $4,000 for a couple," as well as "immediately get rid of the wasteful and unnecessary items from this legislation."

The legislation, which Trump said "nobody in Congress has read because of its length and complexity," was made public just hours before the House and Senate vote on Sunday.