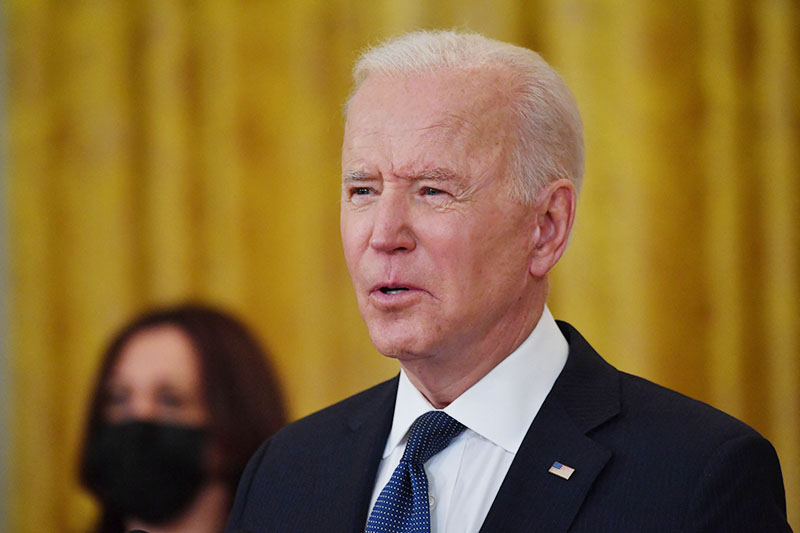 Joe Biden is tired of lazy scofflaws making him look bad. The president is cracking down on people who stay home collecting unemployment when there are plenty of jobs available.

Biden responded to a disappointing jobs report during an address on the economy at the White House on Monday.

Biden bristled at a reporter's suggestion that unemployment benefits was the cause of the disastrous jobs report.

He said Americans would return to the workforce if they were paid a "decent wage" and had "safe work environments."

Then he dropped the hammer down on scofflaws who sit at home collecting checks while jobs are plentiful.

"We're going to make it clear that anyone collecting unemployment who is offered a suitable job must take the job or lose their unemployment benefits," he said.

"I know there's been a lot of discussion since Friday's report that people are being paid to stay home rather than go to work," he continued. "Well, we don't see much evidence of that."