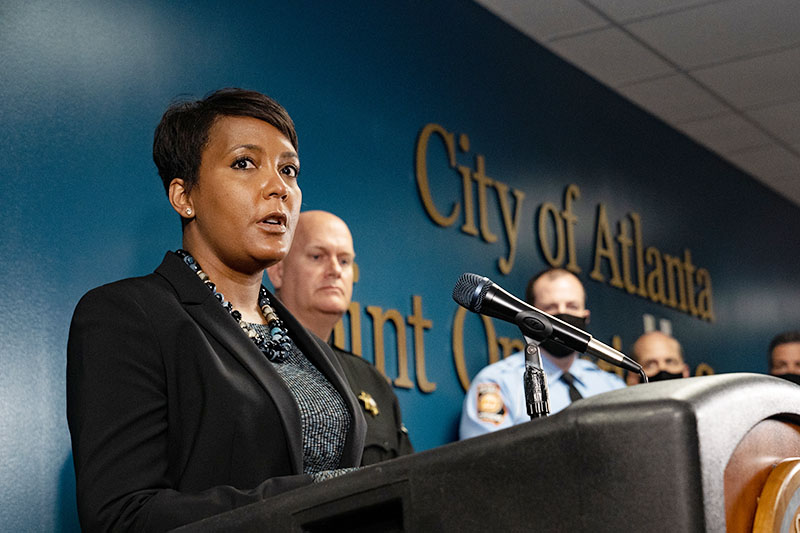 Atlanta Mayor Keisha Lance Bottoms will not seek re-election this fall. The first-term Democrat made the announcement in a letter posted on Twitter.com late Thursday.

In her letter, Bottoms thanked her supporters and highlighted her accomplishments since winning the election in 2017.

Bottoms said she and her husband "have given thoughtful prayer and consideration" and decided not to seek another term.

Bottoms said she fired Rolfe to prevent riots in Atlanta in the wake of other high-profile police shootings last summer.

But the city burned anyway and an innocent child was shot dead during the riots.

The Atlanta Civil Service Board reinstated Rolfe with back pay this week. The board cited the city's failure to follow proper protocols in terminating Rolfe without due process.

Rolfe is still on administrative leave until murder charges in Brooks' case are dropped.