Tristan Thompson's attorney has responded after rumored fling, Sydney Chase, said she "will not be called a liar."

Celebrity lawyer Marty Singer sent a letter to Chase, telling her to put up or shut up.

"You have stated to the media that 'I will not be called a liar,'" Singer wrote in a letter obtained by Page Six.

"You claim that your statements about supposedly receiving texts from my client are true. You also were reading and quoting from those fictitious texts. You claim that those texts you allegedly received prove you had an affair with my client.

"However, notwithstanding continued requests from me and from the press to provide the texts to back up your specious accusations, you have refused to do so. On three separate occasions including my email today, we have asked you to give us copies of the texts you claim you received from my client, but you have refused."

Singer demanded that Chase stop defaming his client or he will file a lawsuit against her for slander and defamation.

"You keep changing the purported 'facts' to fit your story. We again demand that you stop defaming Mr. Thompson with defamatory falsehoods. If you persist in this wrongful conduct, you will continue to be exposed to significant liability."

Pressed by Page Six about whether she has text messages sent from Thompson during their fling, Chase said, "Yes, I obviously do but this is now a legal matter that lawyers will handle."

Chase also claimed that both Thompson and Kardashian messaged her privately since going public with her scandalous claims.

The 23-year-old model is making the best of her 15 minutes.

Page Six reported this week that she's set to host an evening at the Las Vegas Hustler Club on Friday. She also set up a pay-to-view OnlyFans account and is even shopping a reality show with her blonde bombshell gal pals (pictured). 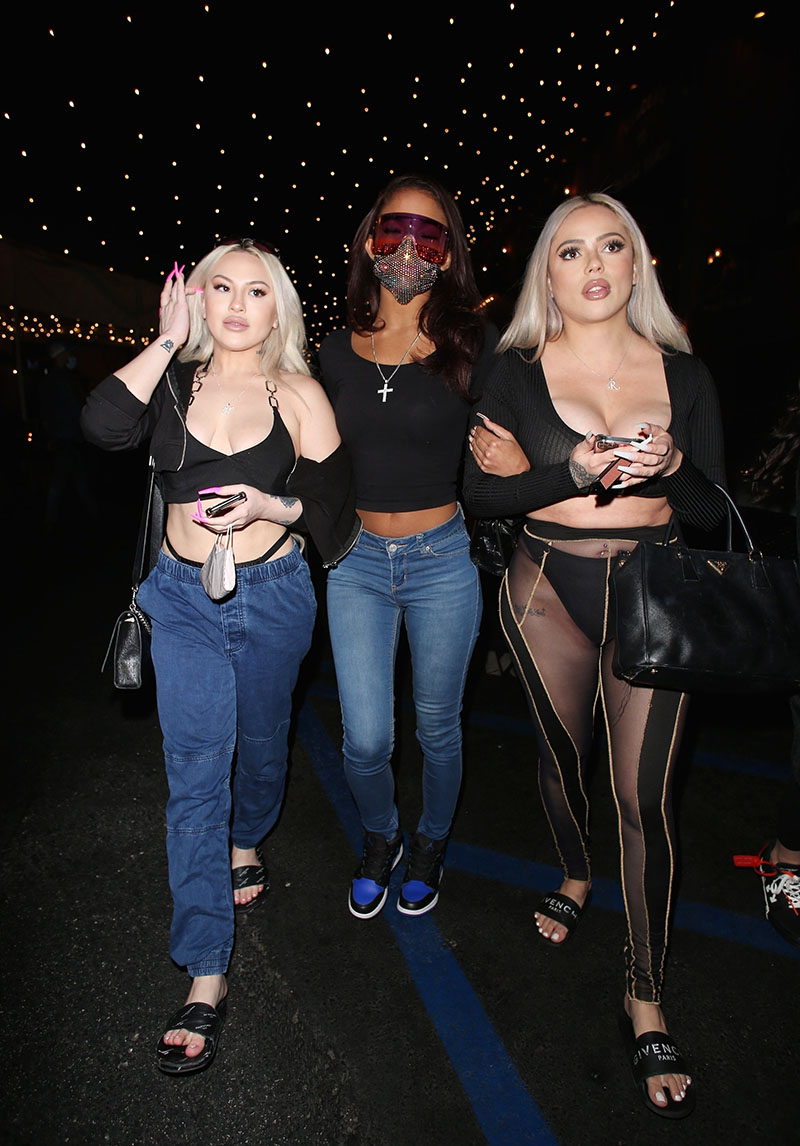