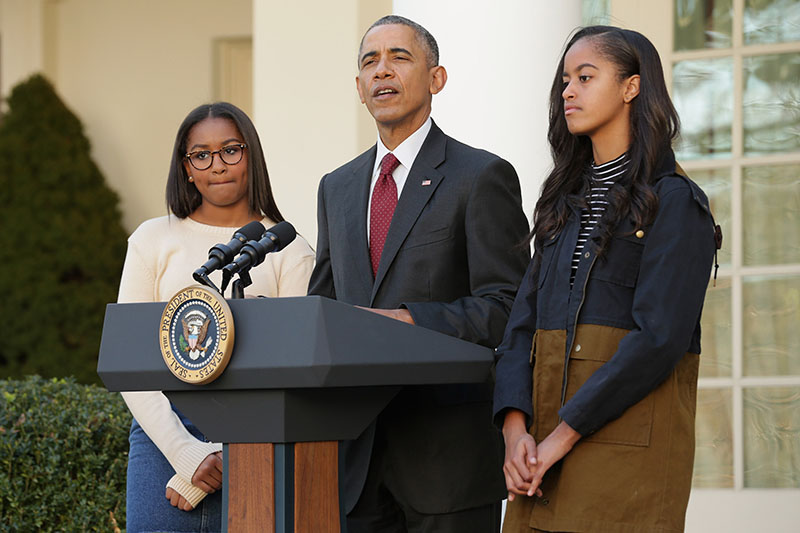 WASHINGTON, DC – NOVEMBER 25: U.S. President Barack Obama delivers remarks with his daughters Sasha (L) and Malia during the annual turkey pardoning ceremony in the Rose Garden at the White House November 25, 2015 in Washington, DC. In a tradition dating back to 1947, the president pardons a turkey, sparing the tom — and his alternate — from becoming a Thanksgiving Day feast. This year, Americans were asked to choose which of two turkeys would be pardoned and to cast their votes on Twitter. (Photo by Chip Somodevilla/Getty Images) 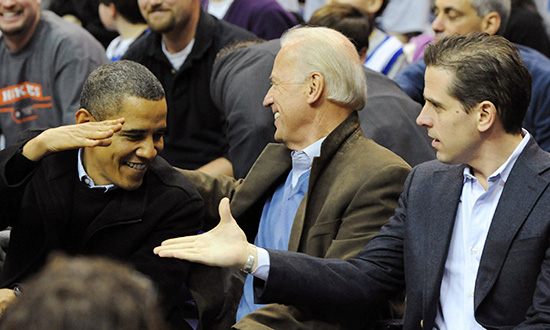 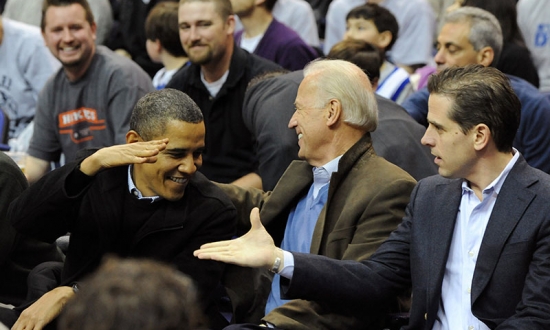 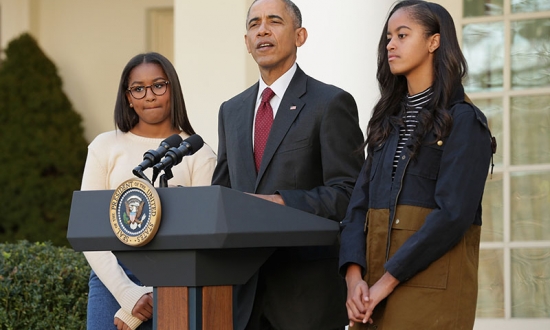