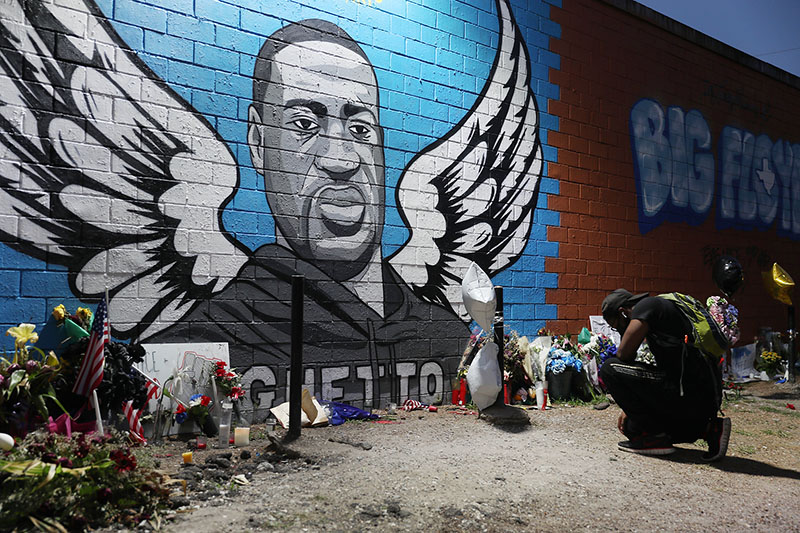 A George Floyd mural was completely destroyed after it was hit by lightning on Tuesday in Toledo, Ohio.

The mural was painted on the side of a building on the corner of Summit and LaGrange. Witnesses confirm it was struck by lightning before the old wall collapsed.

An old wall in Toledo, Ohio that was the site of a George Floyd mural collapsed and fell apart. pic.twitter.com/xNYkOi3zjo

George Floyd murals have been vandalized and defaced in other cities around the country. The mural pictured above is located in Houston, Texas.

Previous acts of vandalism led some to speculate that the mural in Ohio was also destroyed by a vandal.

Toledo's mayor Wade Kapszukiewicz told USA TODAY the city will work with Toledo's arts commission and the artist to replace the mural, "so that the message at the core of this artwork can be heard."