A Louisiana girl is the first Black student to win the National Spelling Bee, held on Thursday night in Orlando, Florida.

Zaila Avant-garde, 14, won by correctly spelling the word "murraya," which means a genus of tropical Asiatic and Australian trees.

After spelling the word correctly, Zaila thew up her hands and twirled around as the audience, including First Lady Jill Biden, stood and cheered. 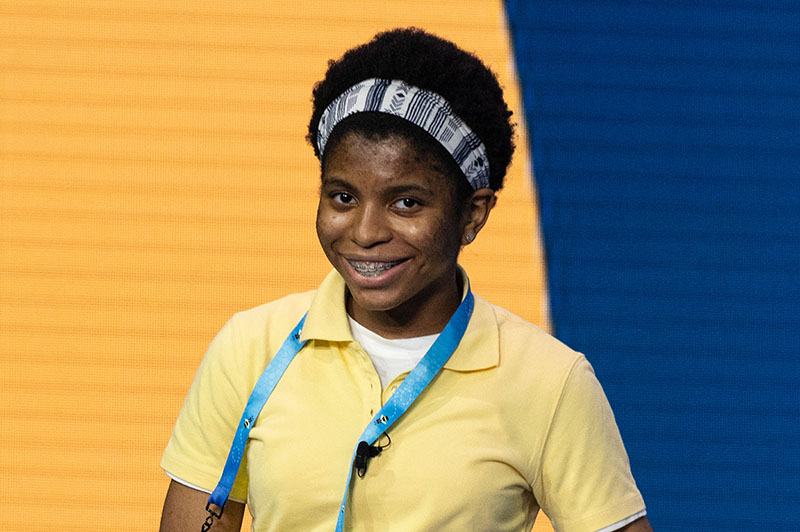 Zaila, a basketball prodigy, took up selling as a second hobby. The spelling bee was canceled in 2020 due to the Covid.

The last Black champion was a Jamaican. The spelling bee has been dominated by Asians and other non-Black people of color.

Most of the spelling bee was held virtually, with only 11 finalists able to compete in person, according to the Associated Press.

Zalia took home the spelling bee trophy and more than $50,000 in cash and prizes. The runner-up, was Chaitra Thummala, 12, of Frisco, Texas. Bhavana Madini, 13, from Plainview, New York, finished third.