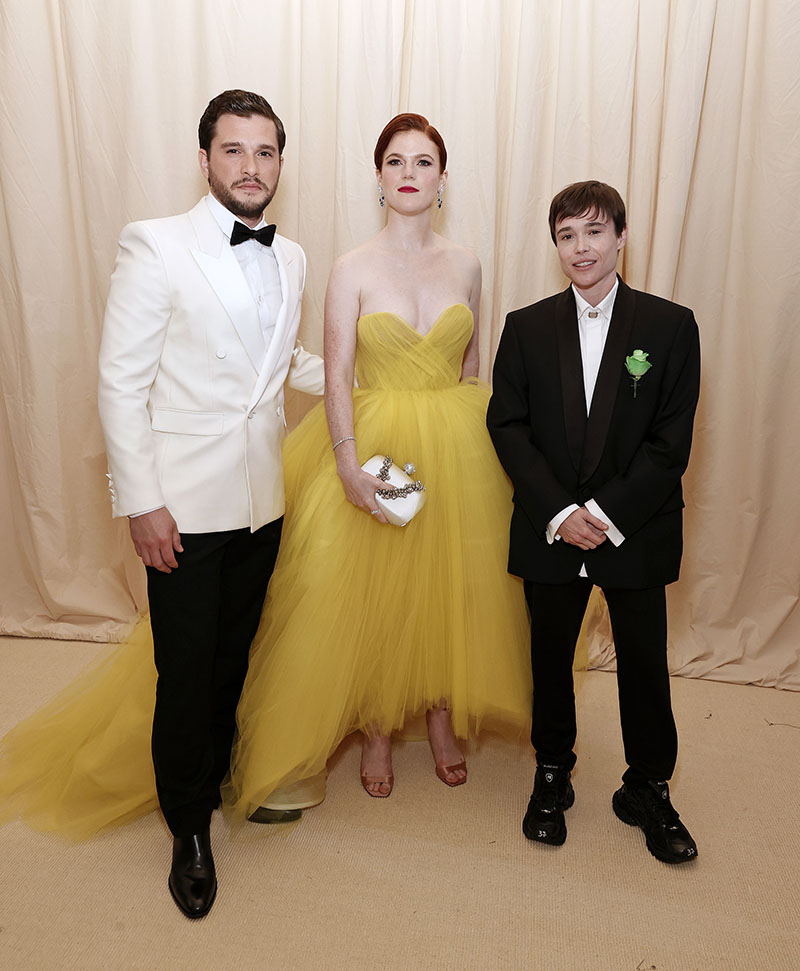 Elliot wore a classic Balenciaga tuxedo for the annual high society bash, which was themed "In America: A Lexicon of Fashion."

The men's tailored suit featured an oversized dinner jacket with padded shoulders and extra-long sleeves. The outfit was accessorized with a crisp white shirt with a thick silver button at the collar in place of a tie, oversized black sneakers and a green rose pinned next to the lapels.

The appearance was no doubt a monumental moment for the actor, who told Time magazine that wearing women's clothing was traumatic.

"Even though (I was) an actor, just putting on a T-shirt cut for a woman would make me so unwell."

The Met Gala comes ahead of the opening of the exhibition Part 2, In America: An Anthology of Fashion in the American Wing period rooms at The Metropolitan Museum of Art on May 5, 2022.

Question: What do you think of Elliot's cute suit?

Celeb Style: Lori Harvey Out & About