Cardi B celebrated her 29th birthday at a star-studded dancehall-themed private bash at L.A. River Studios in Los Angeles, CA on Monday, Oct. 11.

The rapper and her husband, fellow rapper Offset, partied into the wee hours with their celebrity pals.

Cardi wore a vintage Chanel chain bra, hot pants and cutout tights, while Offset was decked out in all black and diamond chains.

Megan thrilled the crowd with her stripper dance routine in honor of Cardi B who supported herself as a stripper before launching her rap career.

Once again, comedic actress Tiffany Haddish proves she can’t hold her liquor. A friend assisted the stumbling drunk star to an Uber. Tiffany, who is dating rapper/actor Common, has previously said she wants to adopt a child. But adoption officials will likely take into considering her history of drinking and psychological problems.

See more photos from the party below. 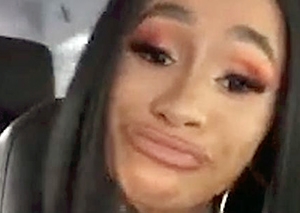 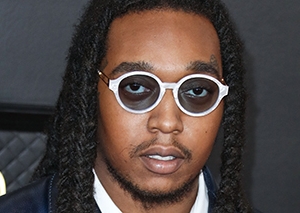