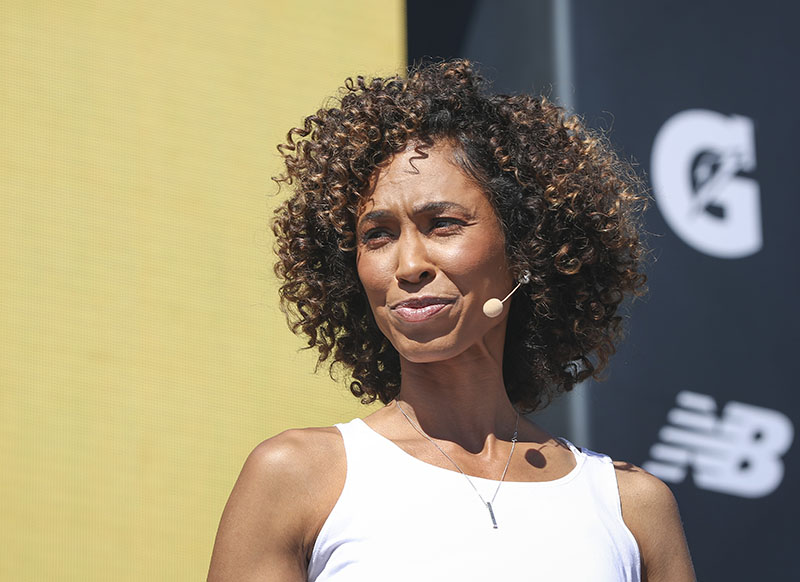 Sage Steele was suspended after she made comments critical of ESPN's vaccine mandates as well as remarks about Obama's race.

The vaccinated SportsCenter host was pulled off air on Tuesday after she tested positive for Covid-19.

Steele previously criticized ESPN and its parent company Disney, saying she got the Covid-19 vaccine but she didn't want to do it.

"I work for a company that mandates it and I had until September 30th to get it done or I'm out," Steele told Jay Cutler, a former NFL quarterback.

"I respect everyone's decision, I really do, but to mandate it is sick and it's scary to me in many ways. I just, I'm not surprised it got to this point, especially with Disney, I mean a global company like that."

After pulling Steele off air, the network said in a statement to Fox News:

"At ESPN, we embrace different points of view — dialogue and discussion makes this place great. That said, we expect that those points of view be expressed respectfully, in a manner consistent with our values, and in line with our internal policies. We are having direct conversations with Sage, and those conversations will remain private."

Fox News reports that Steele is set to return on-air next week.

The mixed-race ESPN host said Obama choosing "Black" on the census was "fascinating" since "his Black dad was nowhere to be found" and he was raised by his white mother and grandmother.

ESPN anchor Sage Steele told Jay Cutler it was “fascinating” Obama indicated he was Black on his census form “considering his Black dad was nowhere to be found.” pic.twitter.com/dfrnDydFd8