Nike has postponed the release of a Travis Scott sneaker after the youngest Astroworld victim died from brain injuries.

Nike delayed the release of the “Travis Scott” Air Max 1 and Cactus Jack shoe after 9-year-old Ezra Blount’s family confirmed his death on Sunday. A total of 10 people were crushed to death during the event.

“Out of respect for everyone impacted by the tragic events at the Astroworld Festival, we are postponing the launch of the Air Max 1 x Cactus Jack,” Nike said in a statement on Monday.

Scott faces over 100 lawsuits filed on behalf of victims who were trampled during a stampede at NRG Park on November 5.

Attorneys for the victims say Scott has a history of violence and injuries at his concerts over the years. He was arrested twice in the past for inciting violence and urging the audience to rush the stage. 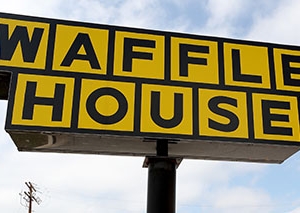