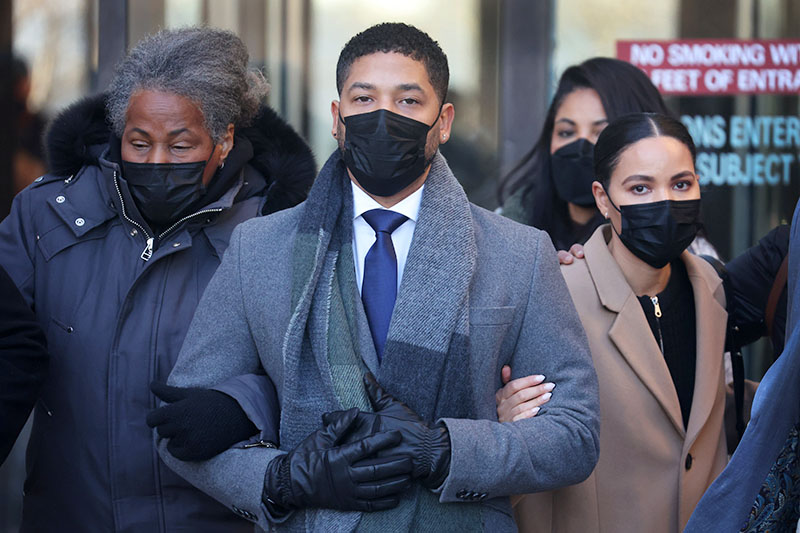 A jury has begun deliberations in the Jussie Smollett hate crime hoax case in Chicago. Smollett, 39, faces six counts of lying to police after orchestrating a homophobic, racist attack against himself in January 2019.

In closing arguments on Wednesday, defense attorney Nenye Uche attempted to discredit Smollett's co-conspirators, Olabinjo and Abimbola "Abel" Osundairo who say the former Empire actor paid them $3,500 to gently assault him, tie a noose around his neck and pour bleach on him.

On his second day on the witness stand, Smollett claimed he has never staged a hoax in his entire life.

He said allegations that he staged the attack were "100 percent false."

"What happened to me happened," he said.

But prosecutors say Smollett is a narcissist who orchestrated the attack in order to raise his profile on the canceled ABC TV series and on the big screen.

According to The Hollywood Reporter, Smollett is so confident he will be acquitted that he is already shopping movie and TV projects.

THR reports Smollett has found financing for a proposed TV series and a film.

The disgraced actor is shopping an untitled series pilot that he stars in and directed. It is described as a follow-up project to B-Boy Blues in New York and Los Angeles.

Wilson is counting on the jury to acquit Smollett so the project can find a buyer.

"We just want the right verdict," says Wilson, "so we can get on with making projects that allow minorities, Blacks and gays the opportunity to show their artistry."