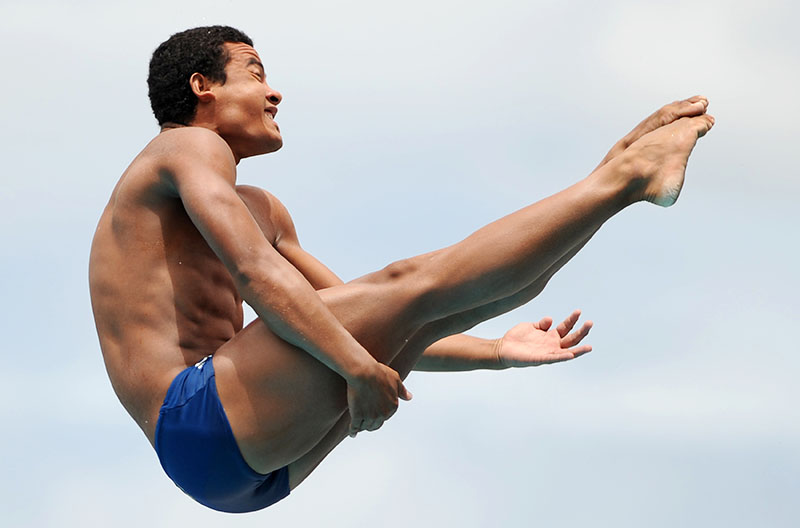 A Brazilian diver who competed at the 2016 Rio Olympics died Tuesday of a lung infection. He was 32.

Ian Matos was influenced by British diver Tom Daley who inspired him to come out as gay in 2014.

Matos rejected his friends' advice to stay in the closet until after the 2016 Olympics.

He didn't want to keep his boyfriend hidden or miss the LGBT+ parties at the Olympics.

"From a young age, I knew I was gay, but it was here that I got to live my sexuality," Matos said.

He was diagnosed with a throat infection in October. The infection spread to his stomach and his lungs, before he died.

In November, friends and supporters raised funds to pay travel expenses for his family to travel to Rio, where Matos was hospitalized.

"Now he is dead. Thx to big Pharma," a fan wrote on Instagram.

"We are profoundly saddened to have received the news of the premature death of the Olympic diver Ian Matos, aged just 32," Brazil's Olympic Committee said in a statement.

"Team Brazil acknowledges his contribution to the evolution of the discipline. Our sincere condolences to his family and friends."