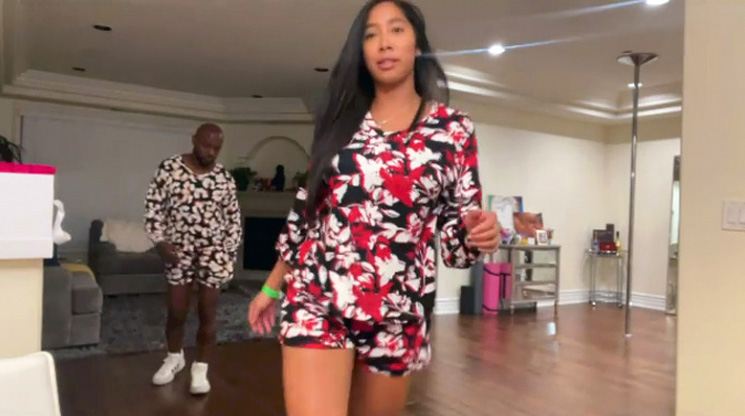 According to Rymeswithsnitch.com, Taye is shacking up with Apryl Jones, Omarion's baby mama, who was recently linked with music producer Dr. Dre.

Last week Taye surprised Apryl with two short sets he bought from CVS drug store. His followers assumed both short sets were hers.

However, Apryl shared video of her 51-year-old boyfriend modeling one of the short sets.

The video was apparently filmed in their sparsely furnished home, which features a stripper pole in the middle of the dining room.

Taye is seen sashying and twirling around the room.

Apryl, 35, is best known as a cast member of VH1 reality series Love & Hip Hop: Hollywood, in which she appeared alongside ex-boyfriend, R&B singer Omarion, 37.

Taye is best known for his roles in Rent, How Stella Got Her Groove Back and Set It Up. He made his television debut in a 1996 episode of New York Undercover. And he also worked as a dancer at Tokyo Disneyland.

Taye has a 12-year-old son named Walker with his Rent co-star Idina Menzel, 50.