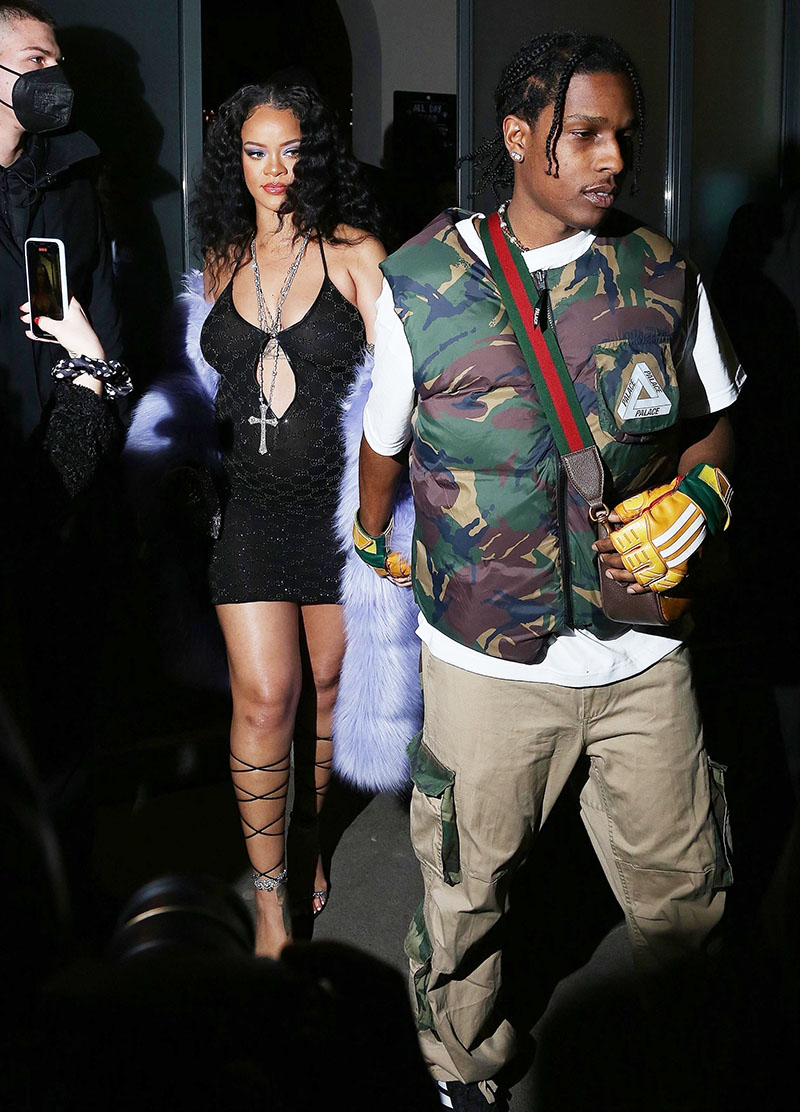 Rihanna steps out with her boyfriend A$AP Rocky after attending the Gucci Show in Milan, Italy. 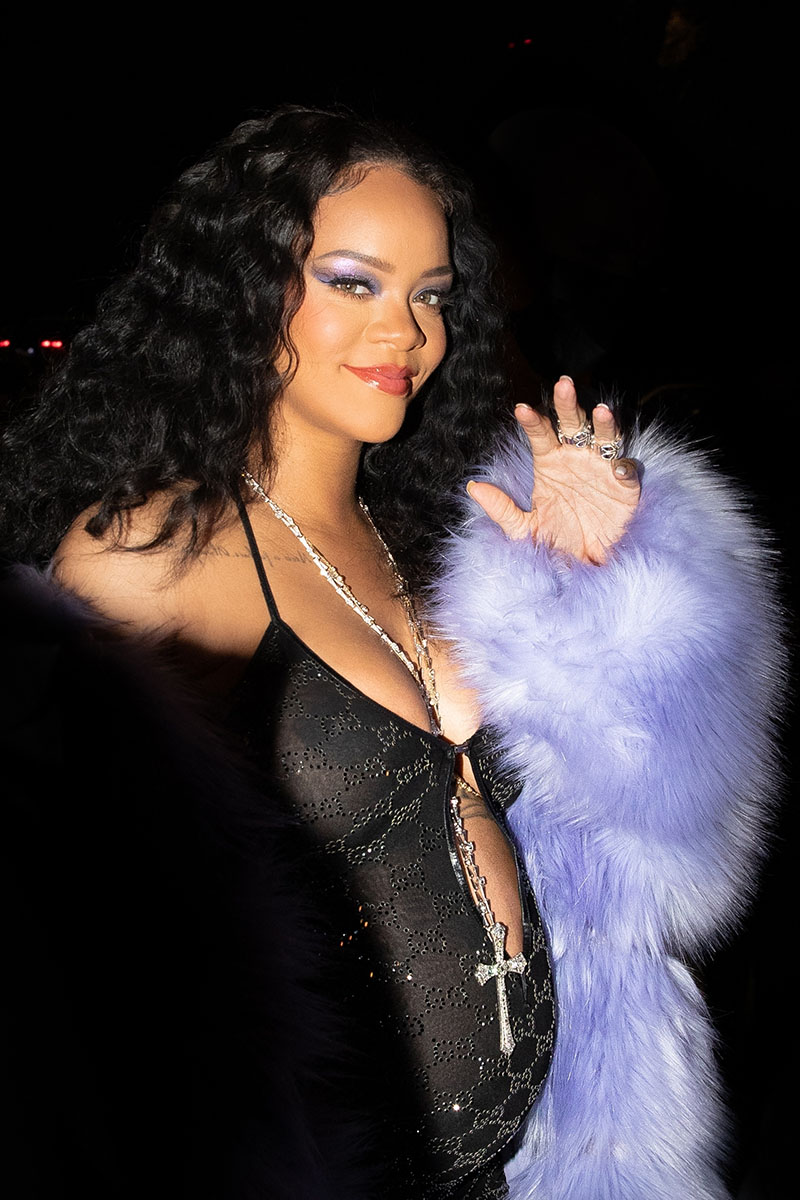 Pregnant pop star Rihanna and her rapper boyfriend were seen leaving their Four Seasons hotel to attend the Gucci party on the sidelines of Fashion Week in Milan. 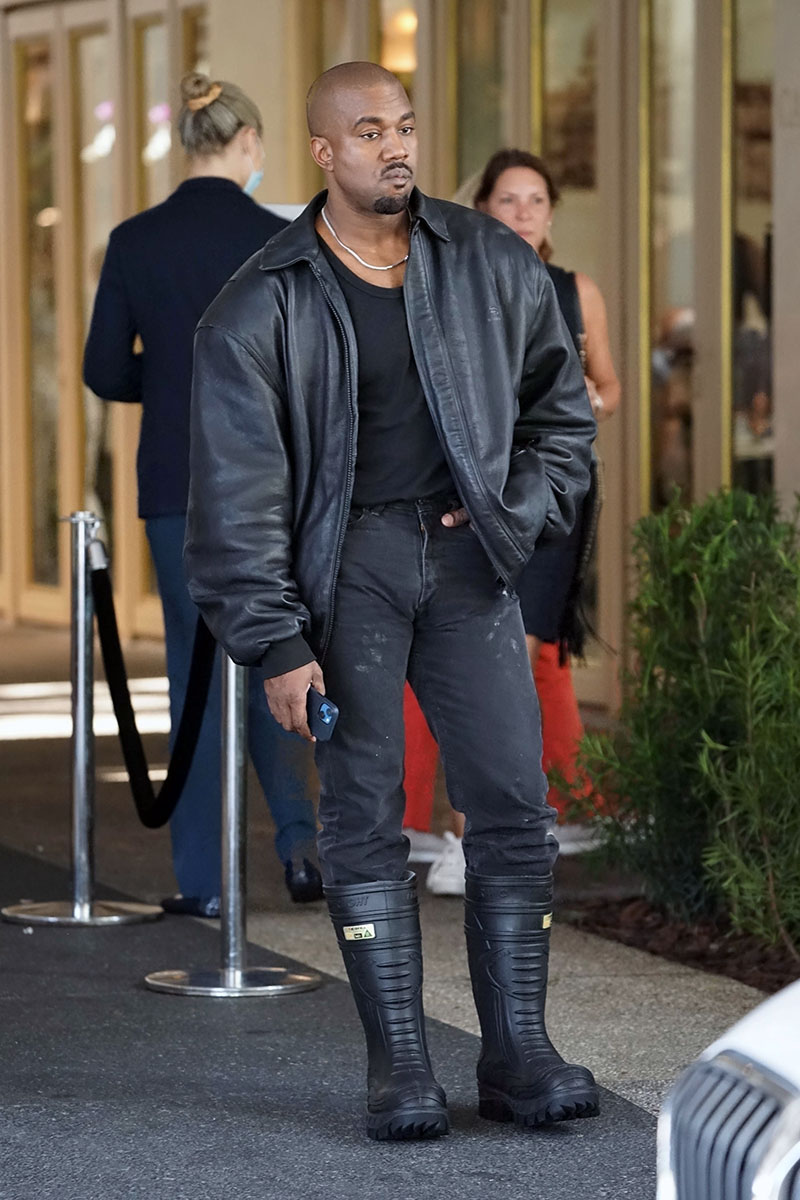 Rapper/fashion mogul Kanye West was spotted waiting for his ride outside the Bal Harbour Shops in Florida. He shopped at the Bottega Veneta and Prada stores before stepping out of the retailers to meet and greet fans who took selfies with the rapper. Kanye was last seen at Bal Harbour with his muse, Kim Kardashian look-a-like Chaney Jones. 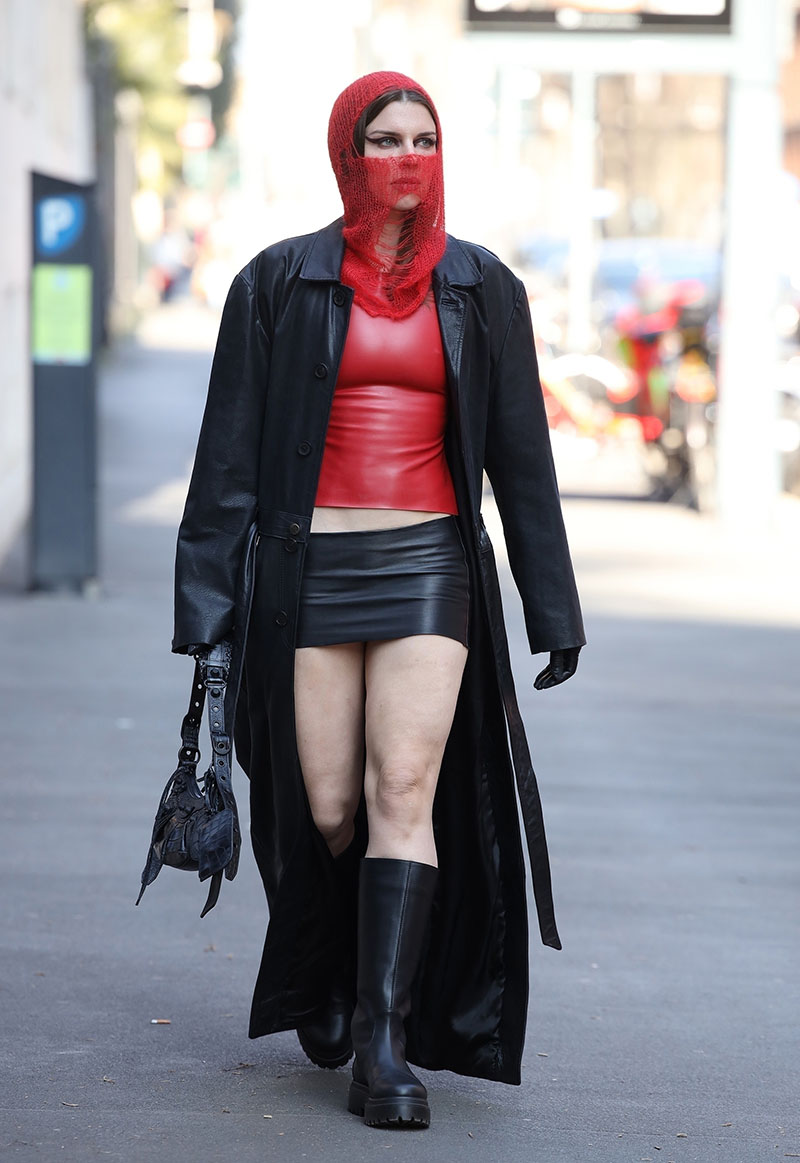 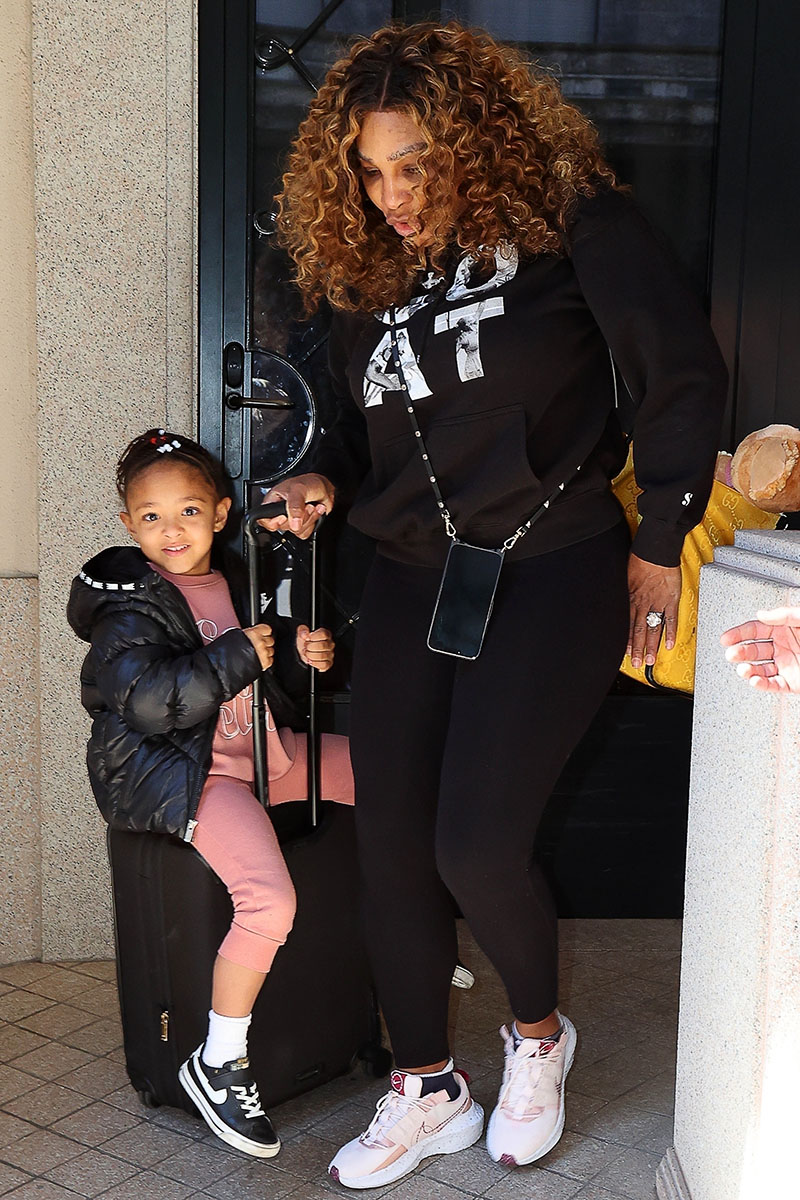 Tennis legend Serena Williams gave her daughter Alexis Olympia a ride on her rolling luggage in Milan during fashion week. 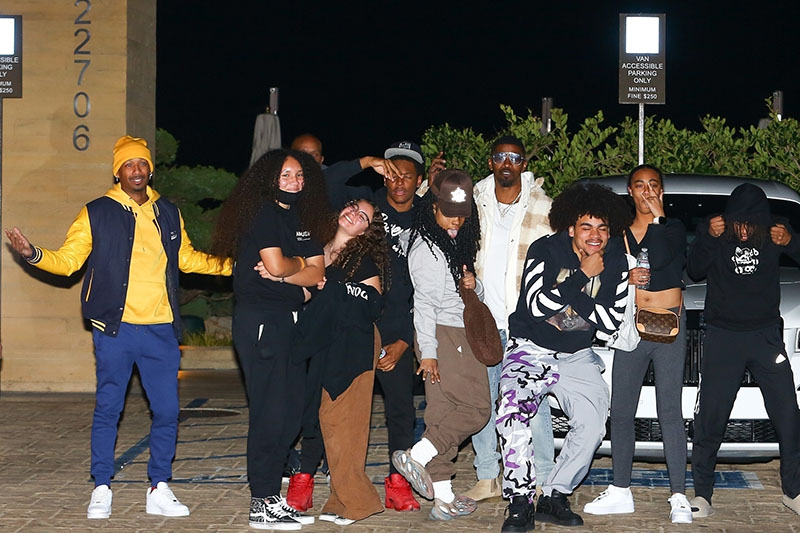 Actor Jamie Foxx (4th from right) proves to be kind to his fans as he poses with a large group of people outside Nobu restaurant in Malibu. 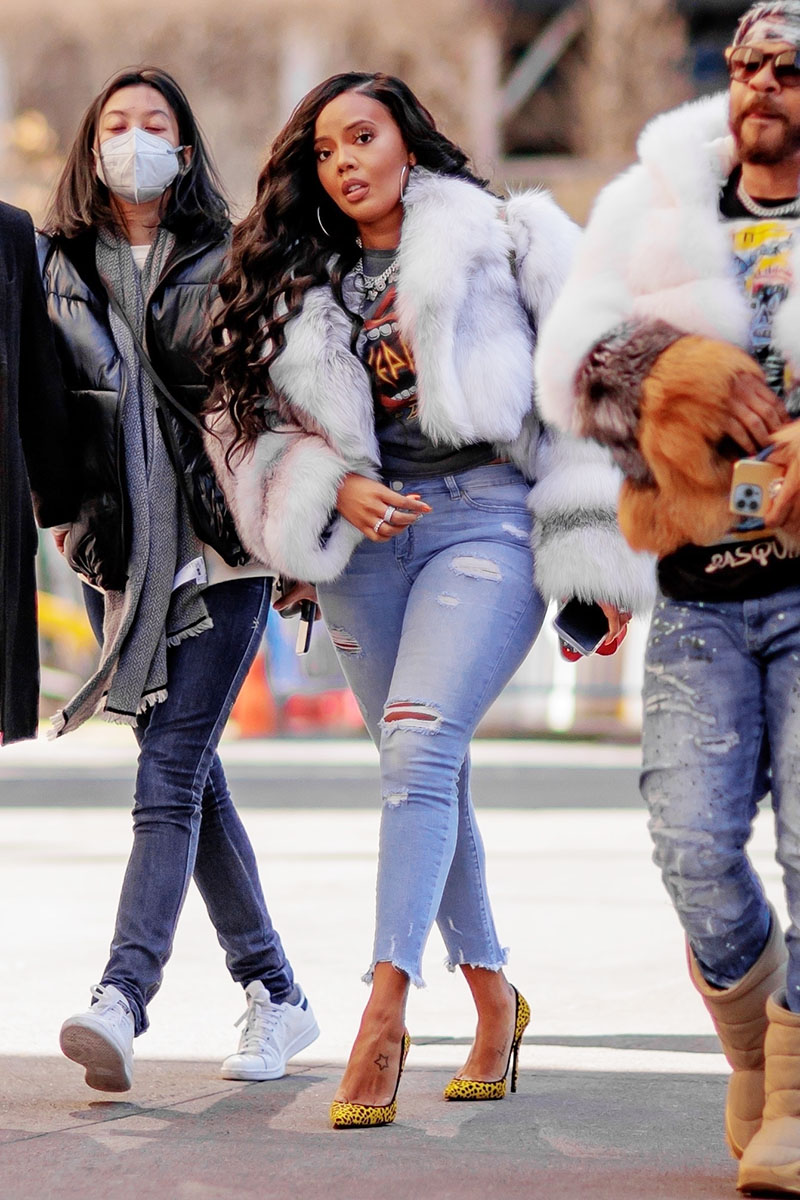 Actress Angela Simmons arrives with friends at the Knicks vs Sixers game at Madison Square Garden. 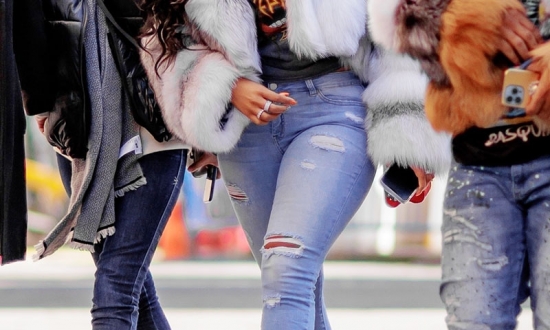 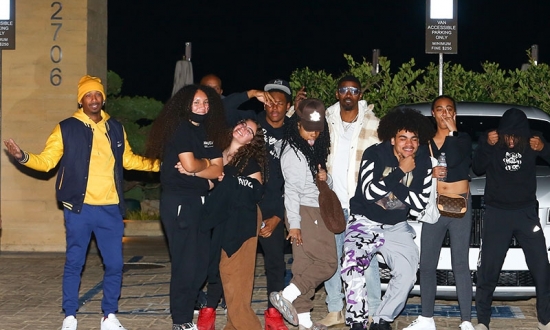 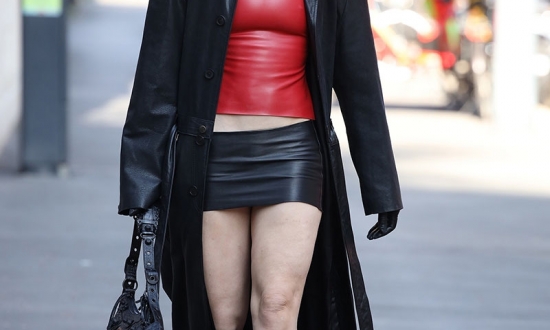 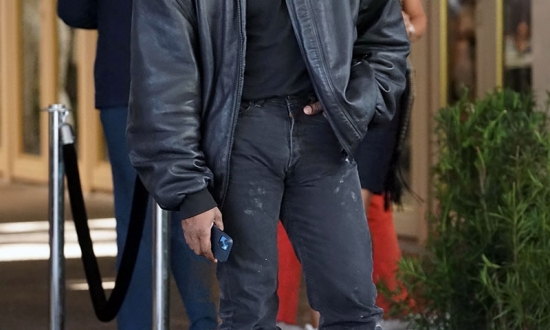 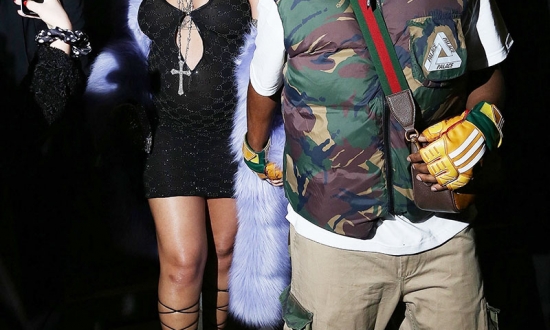 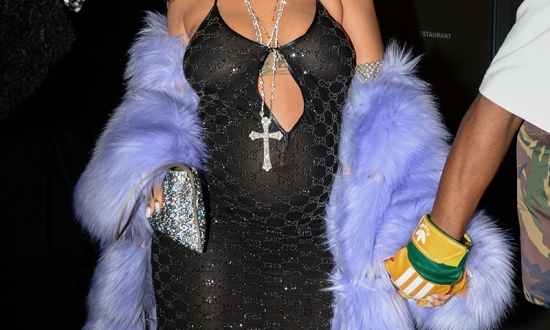 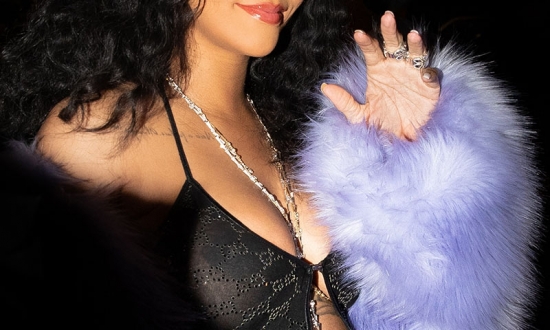 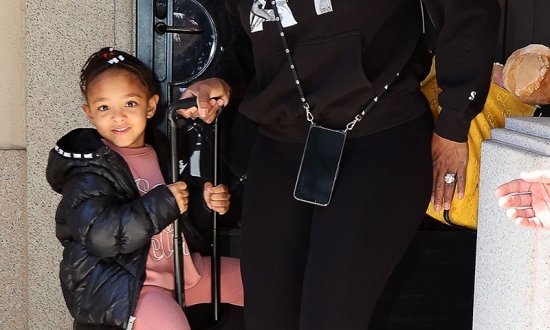