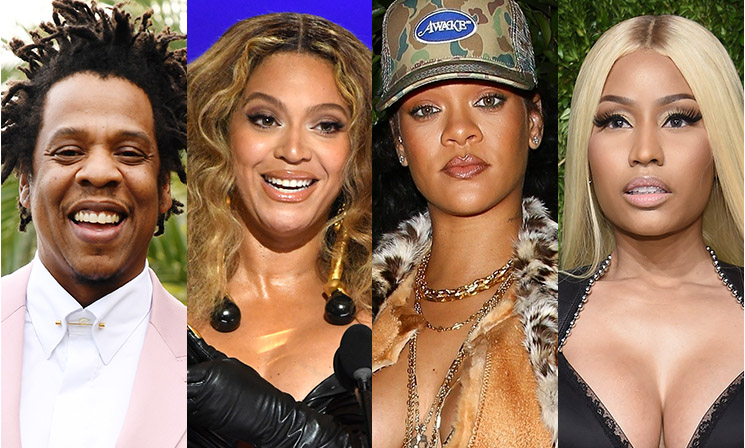 Black Twitter refuses to support Kanye West during his battle with ex Kim Kardashian and her boyfriend Pete Davidson.

Black Twitter turned their backs on Kanye when Davidson dragged him on social media this weekend. The 28-year-old SNL comic taunted the 44-year-old father of four by sharing an Instagram photo that showed him in bed with Kim.

Davidson told Kanye to "stop being a little internet bitch boy" in a tense text exchange that was leaked on Sunday.

When Kanye asked Pete for his location, the comedian replied that he was "in bed with your wife." 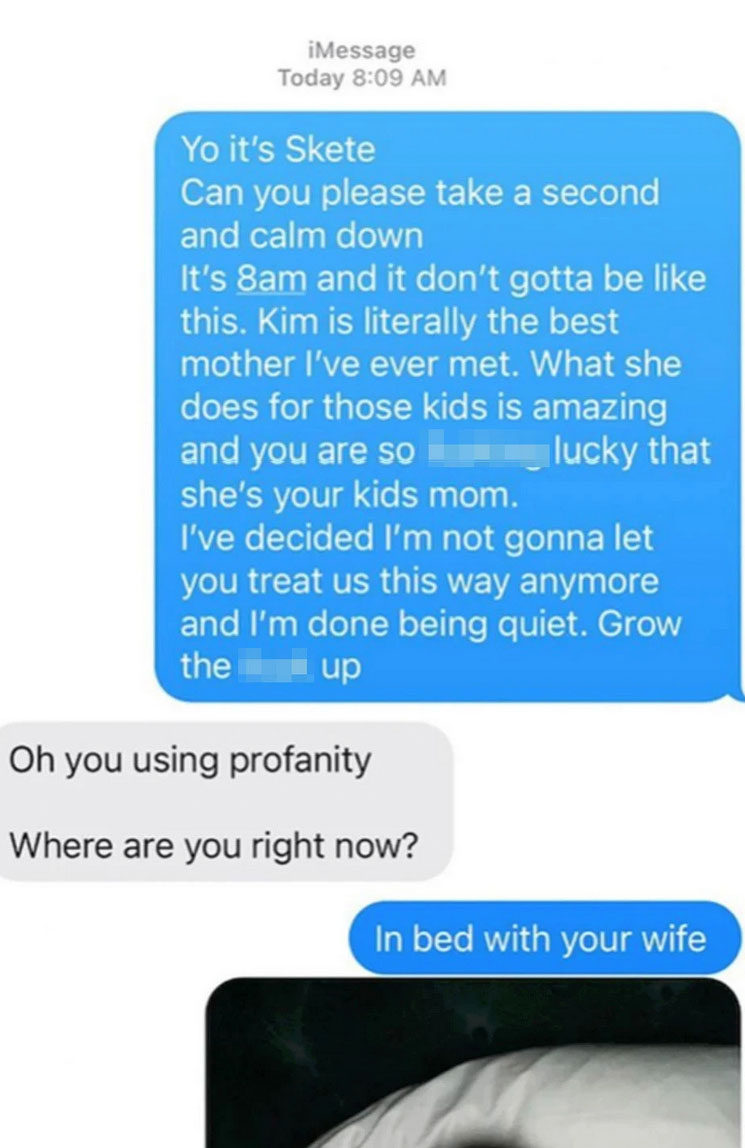 Meanwhile, Kim, 41, responded to Kanye's allegations that she won't allow him to see their four children.

A frustrated Kim responded to Kanye, saying, "Please stop with this narrative, you were just here this morning picking up the kids for school."

Kanye posted a photo of 8-year-old daughter North West's backpack with an alien pin on it.

"This was on my daughters back pack when I was 'allowed' to see her last week. This is why I go so hard for my family I am wired to protect my family at all cost As the priest of my home Don't worry Northy God is still alive [sic]."

"Kanye's "friends" still aren't publicly backing him? Makes me sick. #JayZ #Beyonce #Rihanna #Nicki ALL are in positions to speak the F**K up for him. Man until they do... f**k em. HELP YOUR BROTHER. F**K." 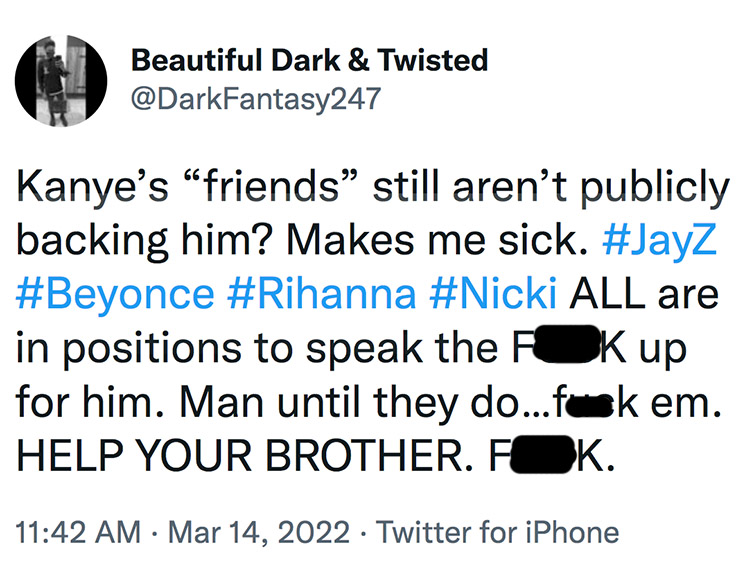 But not everyone agreed.

Speak up for what? He was warned to stay away from that family

A grown man doesn't need anyone to speak up for them, especially if they think slavery was a choice.

Choose to be a stronger man.

As of Rih, Jay and Bey, I don't think, they fukk with him like that anymore. But I agree if Jay z said something, maybe it’d help ppl try to understand Kanye more. Or at least not call him crazy every time he says smthg. However, we can’t deny he needs medical help tho.

I think we all can see that he is the problem. And he wasn’t speaking up for Nicki during her hate train y would Nicki?

Kanye didn’t speak up for Nicki when everyone turned on her 3 years ago. Boohoo.

He had started the drama. Let him handle all this stuff alone, he’s grown. He can defend himself

Why should they get between him and his marriage problems? He's a grown man who brought this on himself. How long are you all going to coddle and babify him