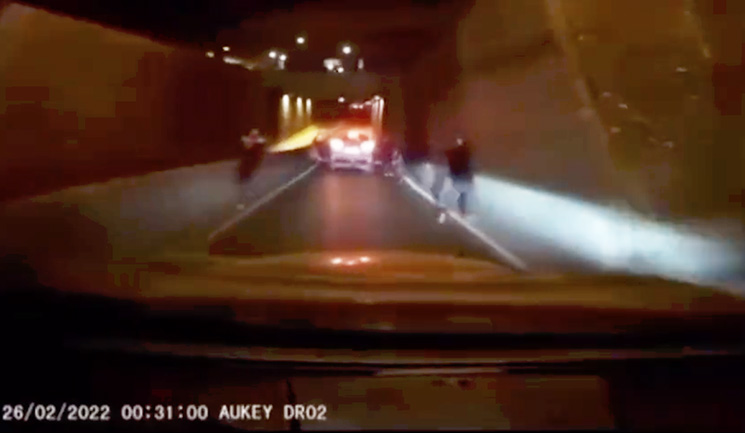 A man with excellent evasive driving skills foiled an attempted carjacking - and you won't believe how he did it.

The incident happened on February 26 in an unknown location. Dash cam video shows a car blocking the motorist's vehicle on a 2-lane roadway. Four men piled out of the car and two gunmen ran toward the motorist and opened fire.

The quick-thinking motorist, who was blocked in on both sides, gunned his accelerator and nearly ran over two of the hapless carjackers.

The motorist's car sustained front end damage, but he got away safely.

Check out the harrowing video below.

This guy gets it-- pic.twitter.com/9Lka0xoNVA