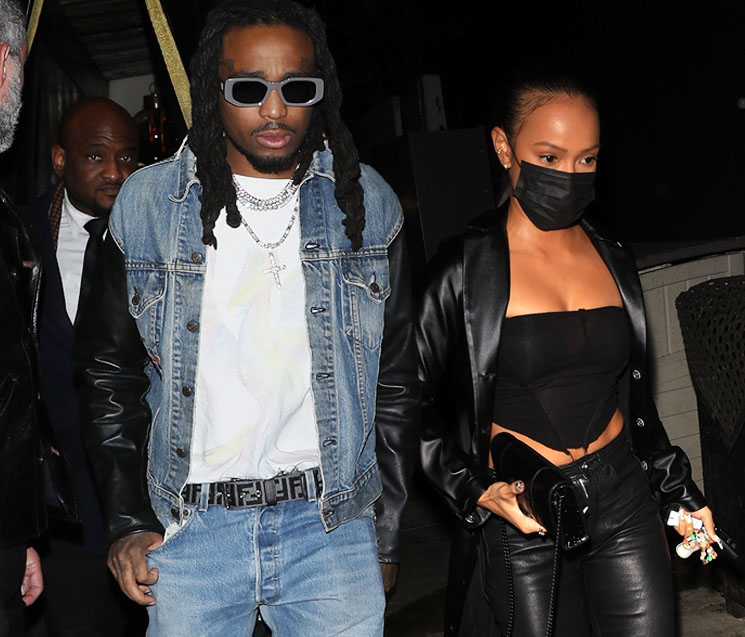 Karrueche Tran and Quavo Marshall fueled speculation that they are dating as the two arrived at Nice Guy for a romantic dinner date in West Hollywood, Ca. 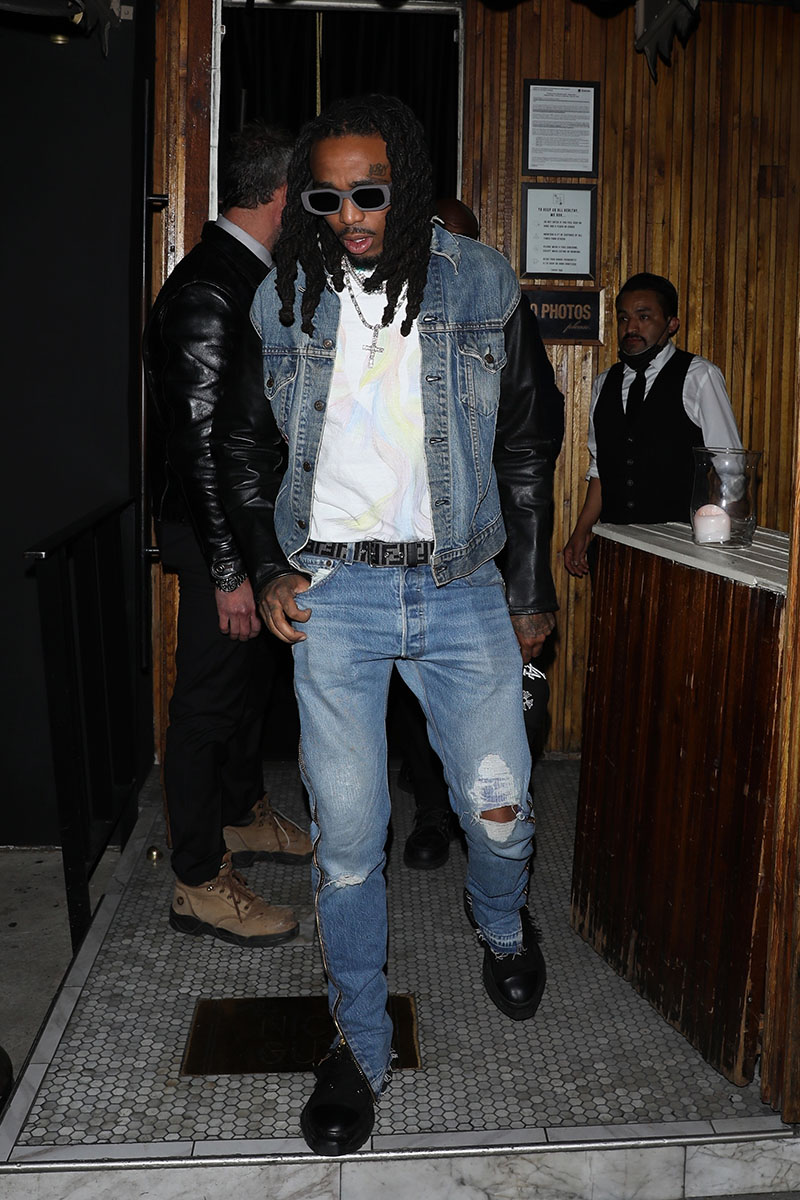 According to BACKGRID, Migos rapper Quavo arrived and entered the back of The Nice Guy at 9:50 p.m., approximately 6 mins before the arrival of Karrueche. 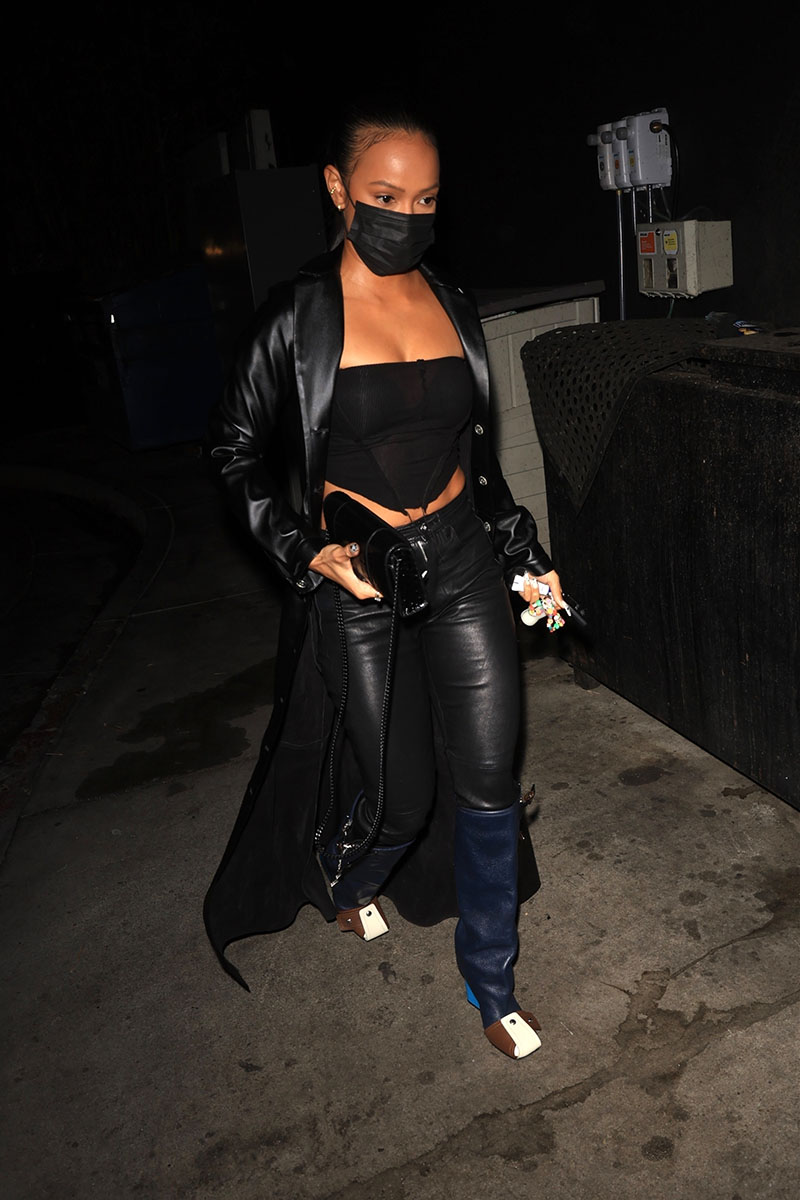 They were both directed to a private patio area where dined. They were overheard talking, laughing, clinking wine glasses and enjoying each other's company. 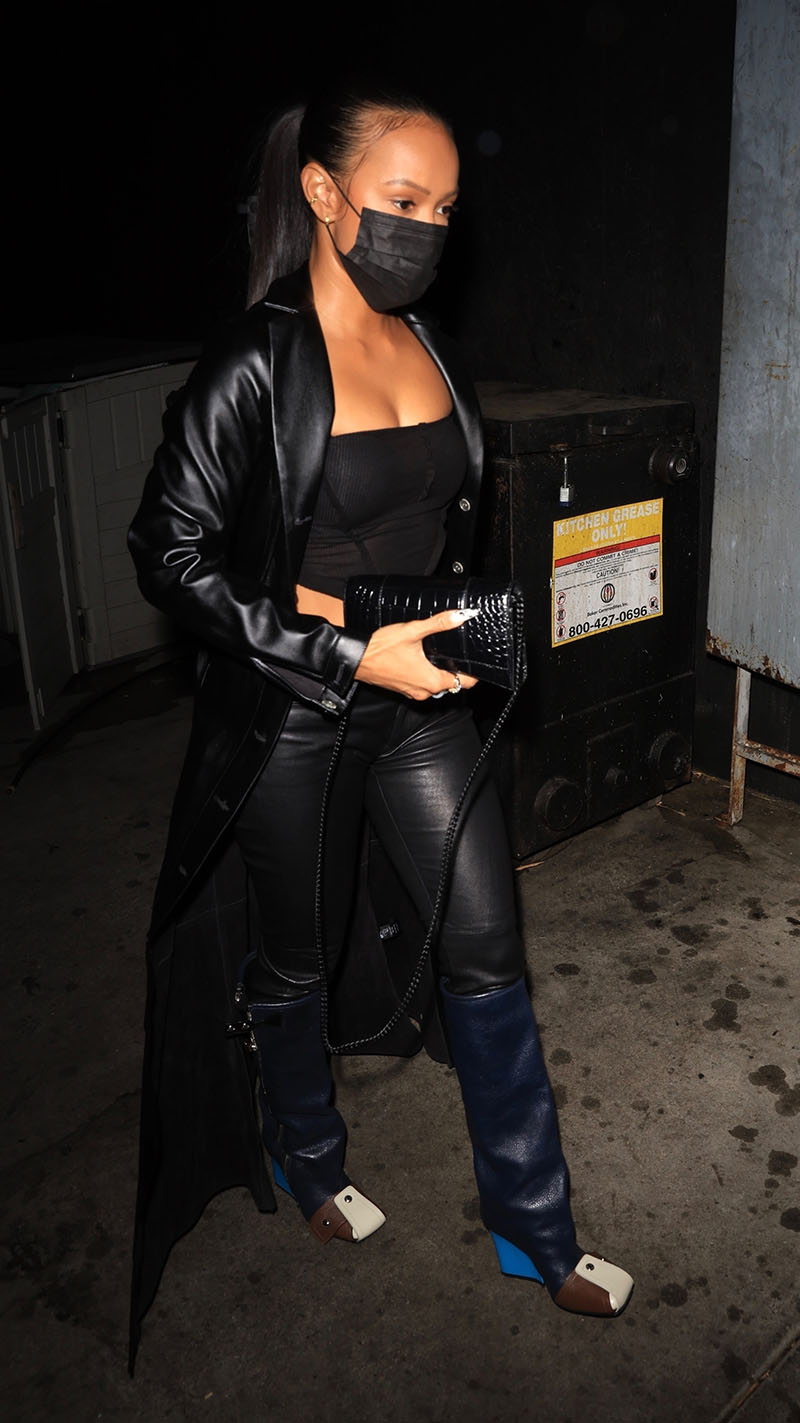 The two left separately — Karrueche, through the back door, while Quavo, 30, exited through the front door where BACKGRID's photographers were waiting. It is rumored that Karruche and Quavo dated back in 2017, but they claimed to be "good friends".

Quavo and rapper Saweetie broke up in 2021 after video footage showed them fighting in an apartment elevator back in 2020.

The video footage was leaked by TMZ in March 2021. Afterwards, Saweetie swore off men for good.

Prior to that, she dated singer Chris Brown from 2011 to 2016 after it was revealed that Brown fathered a daughter, Royalty Brown, with Karrueche's former friend, Nia Guzman.