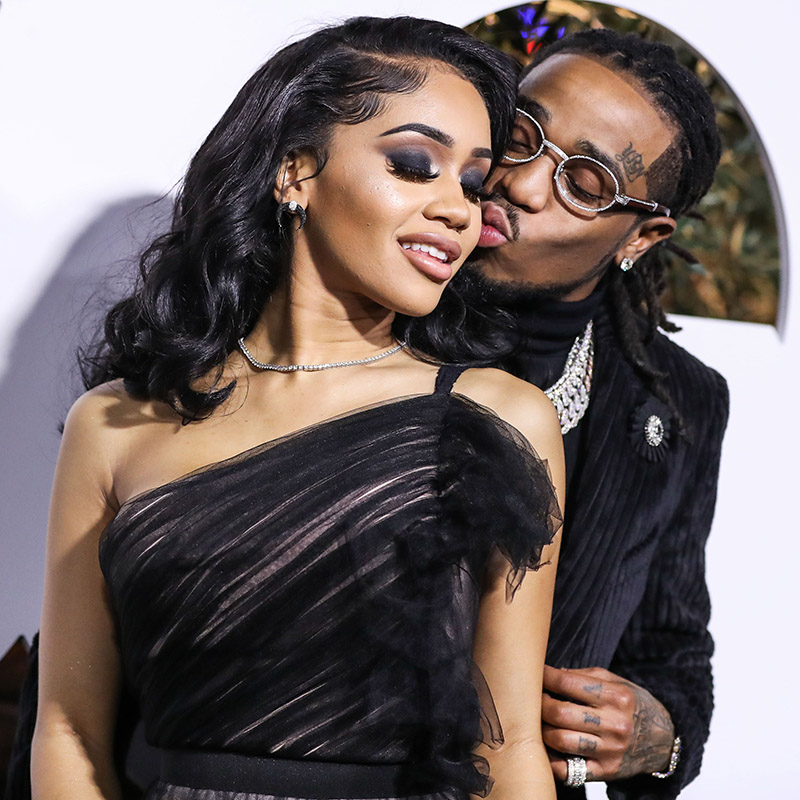 Saweetie and her ex Quavo had serious issues before she drop kicked him to the curb for allegedly cheating on her.

TMZ obtained surveillance footage from BACKGRID.com of the couple fighting over a Call of Duty case in an elevator.

The fight which went down at Saweetie's apartment complex in North Hollywood in 2020.

The video shows them struggling over an orange Call of Duty case. She swings on him and they both crash to the elevator floor before he gets up and leaves her sitting there -- apparently injured and in agony.

Quavo glanced down at her several times, then glanced up at the camera as they ride the elevator. At no time did he assist her to her feet.

Eventually, as the elevator door opens, a guy who apparently heard the fight decides not to get on with them -- and the door shuts.

When the elevator reached her floor, Quavo got off with the case -- and Saweetie picked herself up off the floor and limps off.

TMZ spoke with sources on both sides who say the minor altercation occurred in 2020 at an apartment building where Saweetie was renting.

Saweetie and Quavo parted ways earlier this year after she accused him of cheating -- which he denied. There were also rumors he repossessed her Bentley -- which he also denied.

When will women stop dating men who were raised by bitter women?

The first question a woman should ask a man when they meet is "How's your father?"

If he says he doesn't have one -- keep it moving!

Go here to watch the video.