Retired NBA star Paul Pierce went viral this week in a raunchy Instagram video with his 20-something girlfriend, Sophia Elizabeth.

The video was uploaded to Twitter and can be viewed here.

In the video, 44-year-old Pierce and Elizabeth are seen kissing before she turns to the camera and says, “He’s mine now b—h.”

It isn’t clear who she’s speaking to.

“You said you were going to make it official,” Pierce can be heard telling Elizabeth, who then says, “We are official right now.”

Pierce also shared a boomerang selfie of Sophia on his Instagram Story and tagged Elizabeth in the post.

Pierce is still married to his long-suffering wife Julie (Landrum) Pierce, and they share two daughters, Adrian and Prianna, and a son, Prince.

It won’t be long before Internet sleuths uncover more info on Elizabeth’s history with other industry ballers.

She was briefly linked to actor Taye Diggs last year.

Khloe Kardashian and Trey Songz Off the Market? 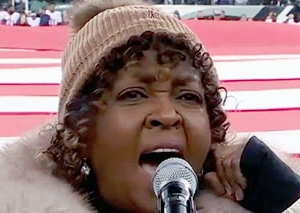 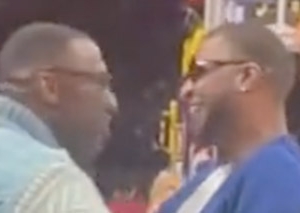