Actors Gabrielle Union and Zach Braff star in the Disney+ remake of “Cheaper By The Dozen” which premiered on Friday, March 18.

Union and Braff star as Paul and Zoey Baker, the interracial parents of a large blended family of 10 kids.

Union, who also executive produced the movie, said she normally doesn’t do family-oriented movies, but she changed her mind after reading the script.

“When I first read the script … I wanted to be a part of something that our whole family could watch together and, you’ve seen some of my work, I don’t do a lot of family-friendly type of stuff. So, I felt not only was it the perfect time for my own family but I think it’s the perfect time for all the families who want to see different kinds of folks and different kinds of families reflected and celebrated on screen.”

“[The kids would be like], ‘Mom went to the store, and in six years she hasn’t returned!'” she joked.

“I think we are at max capacity at the Wade-Union household and that’s why Zoey Baker is a fictitious character!”

See more of the cast members in the video below and check out photos from the Hollywood premiere. 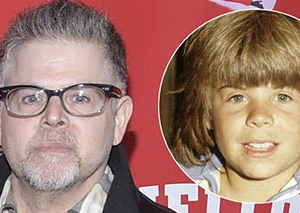