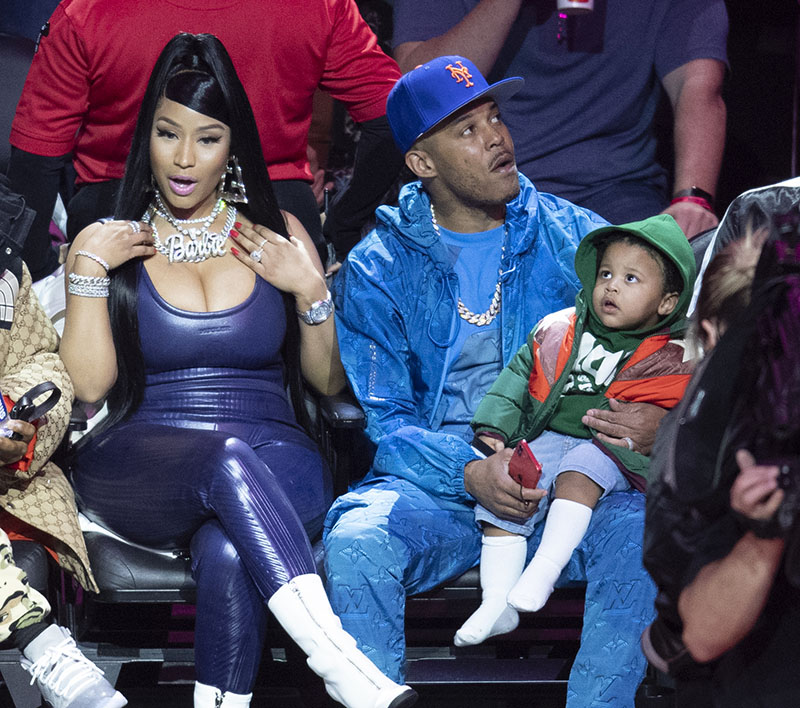 Nicki Minaj is older and wiser and sharing her knowledge and wisdom about lack of communication in the bedroom.

The 39-year-old "Barbie" rapper responded when a follower tweeted: "I faked so many orgasms ... it's not even funny."

"I HAVE never & WILL never understand why women do this. How will your partner learn how to make u feel good if you aren't honest w|him? A btch like me used to give a grace period. After that, you gettin cussed out every time. they figure it out REAL QUICK! Either dat or [peace]." 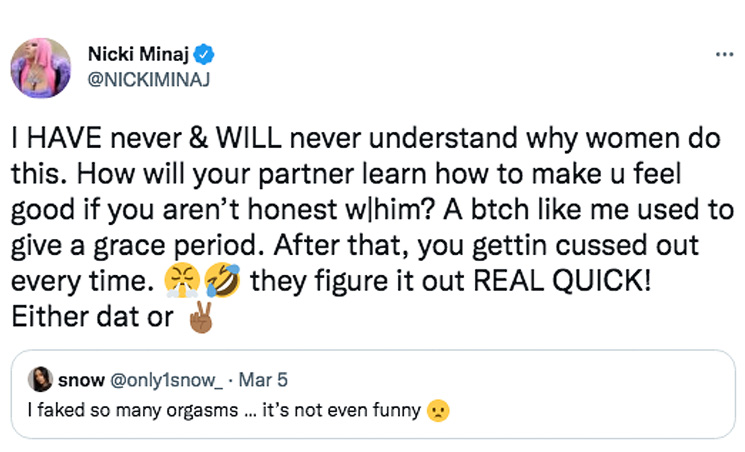 "I wish I WOULD be sittin there moaning & groaning when I actually wanna punch dis dummy right in his fkn head top."

In a previous interview in 2015, Nicki said she demands orgasms and won't accept anything less from her partners.

"I demand that I climax. I think women should demand that. I have a friend who has never had an orgasm in her life. In her life! That hurts my heart. It's cuckoo to me."