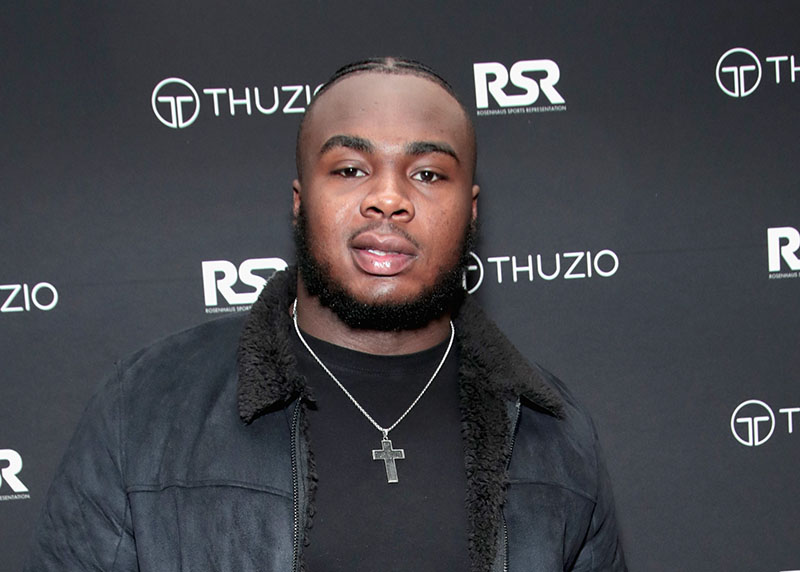 Atlanta Falcons star Grady Jarrett is the latest celebrity to be turned away from a trendy Buckhead restaurant for violating the dress code.

Jarrett took to Instagram to complain that he was turned away from Le Bilboquet restaurant inside the upscale Shops of Buckhead.

Jarrett posted a photo of his attire - a loud green Gucci track suit - that he said Le Bilboquet management disapproved of.

In his post, the defensive end said he was denied service at the 4-star restaurant.

"Was about to have dinner at @lebilboquetatlanta was getting seated until the manager walks out, I believe he said his name was Chad, tells me I'm not dressed properly and they won't sit me n my lady [sic]," he wrote.

"unfortunate because we just came last week and had a great experience with great waiters but today I guess the manager had other plans. Not sure if I know how my dress is offensive, maybe it's the Gucci suit, the Bussdown AP Offshore (timepiece), the iced double tennis chain w an Ankh and the fact that I pulled up in my 500k RR and they felt I wasn't fit to bless their restaurant for dinner.. I guess the other people rocking Nike sweat suits and t shirts that were already seated (as you can see in the background of the picture) n enjoying dinner were no problem.. unfortunate but I'm not going for it.. This not even my style I'm a cool guy you should ask around.. Do better @lebilboquetatlanta"

"Ridiculous attire. [Like] a clown in a Stephen King movie. Just bc you can afford it does not mean you must buy it."

"That's how your G-Wagen felt when you left home in the RR. ____ them folks & they're restaurant."

And a third person wrote: "Go to a black owned restaurant and stop eating spending your money with them folks easy resolution."

If you recall, Le Bilboquet made headlines last year when management turned away NBA legend Dominique Wilkins for wearing a fashionable tracksuit.

RELATED: Despite apology, Dominique Wilkins will never go back to Le Bilboquet