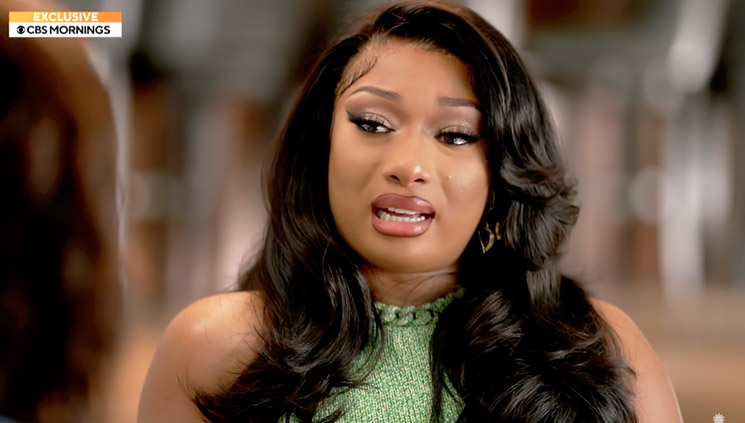 Megan Thee Stallion lashed out at critics who say she faked her tears during an interview with Gayle King on CBS Mornings.

Megan sat down with King for an exclusive interview about the night she was shot in the foot by ex-boyfriend Tory Lanez.

At one point Megan became emotional as she recalled Lanez shooting at her and yelling "dance b*tch!"

"It's like everything happens so fast. And all I hear is this man screaming. And he said, 'Dance, b***h', and he started shooting. And I'm just like, 'Oh, my God.' Like, he shot a couple of times. And I was so scared."

However, Twitter users noticed Megan was crying but no tears fell.

Actress Vivica A. Fox criticized Megan for doing the interview. Fox said Megan should let the courts handle it.

And TV mogul 50 Cent clowned Megan for pausing when King asked her if she had sex with Tory.

It was all too much for the "WAP" rapper. She took to Twitter to give her critics a piece of her mind. 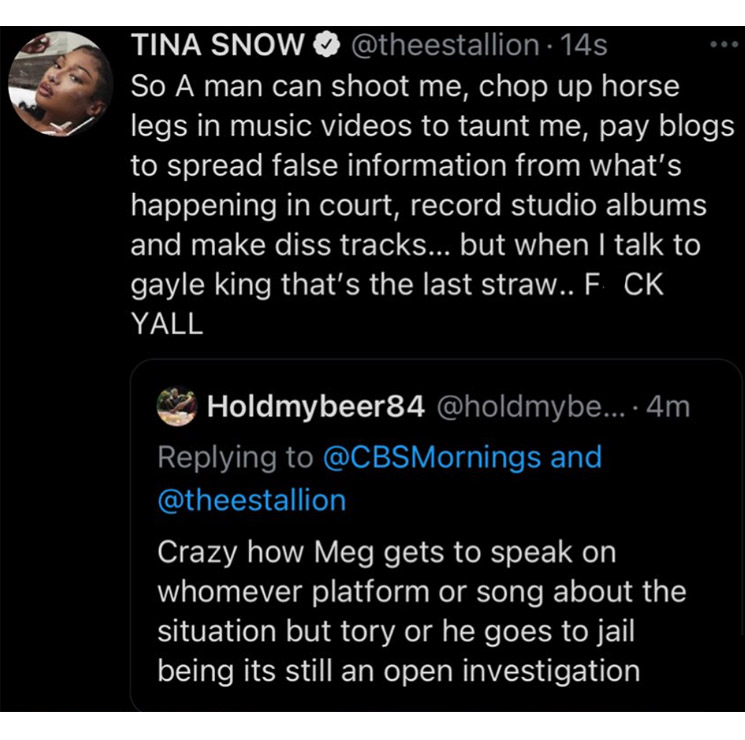