The city of Forest Park, Georgia has denied a permit for a planned vigil for the late rapper Lil Keed.

A permit for the planned vigil to be held at Starr Park on Tuesday, May 24, was denied for safety reasons. 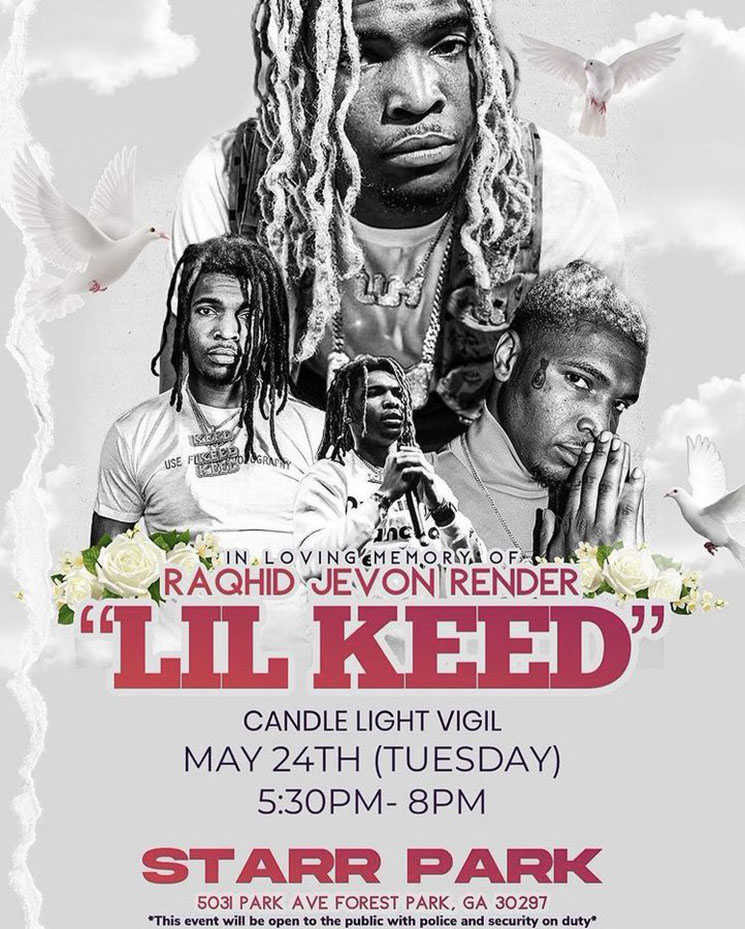 City officials said in a statement:

“Like so many others throughout metro Atlanta and communities across the nation, the City of Forest Park was saddened to hear about the recent passing of local hometown entertainer Raqhid Jevon Render, also known as Lil Keed. Our thoughts and prayers continue to go out to his family, friends and all those who have been impacted by this unfortunate loss.”

“Although this may be a difficult time for a great number individuals, the city is dedicated to ensuring the safety and well-being of our residents and businesses. It is our sincere hope that the life of Mr. Render will be celebrated peacefully by all those who wish to remember him and his legacy.”

Lil Keed was signed to rapper Young Thug’s YSL record label and Kevin Liles’ 300 Entertainment. Keed’s name was not among the 28 people indicted by the Fulton County DA’s office on RICO violation charges on May 9.

Rapper Gunna, a YSL artist, was also indicted and is locked up in the Fulton County Jail.