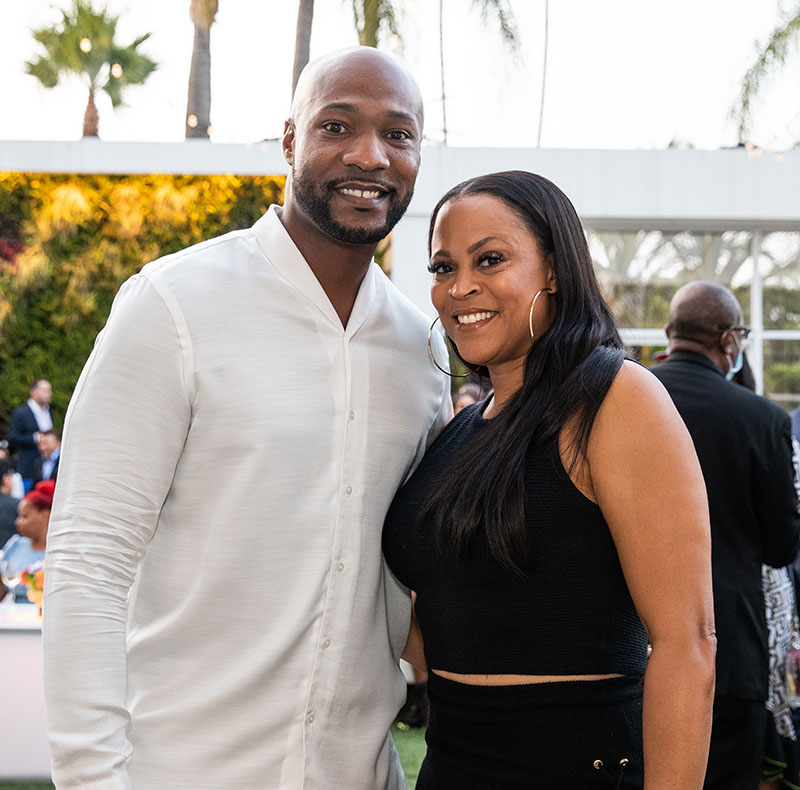 Shaunie O'Neal is officially off the market. The ex-wife of Shaquille O'Neal married her fiancé Pastor Keion Henderson at a destination ceremony in Anguilla on Saturday.

The couple got engaged in November 2021 after dating for 2 years.

The wedding was attended by 200 guests, including Shaunie's three sons, Myles, 25, Shareef, 22, and Shaqir, 19. The boys walked their mom down the aisle on a golf course at the Aurora resort. Shaunie's two daughters, Amirah, 20, and Me'arah, 16, also attended.

Shaunie Henderson, 47, told PEOPLE she leaned heavily on her sons for emotional support.

"I just lost my dad in February. So, I really struggled with how I was going to get down the aisle. Losing my dad in the midst of planning this wedding was a lot, so my sons handed me off."

Shaunie said Keion sealed the deal by stepping in and being a good father figure to her children.

"[Keion has] been amazing to just step into our lives and fill a void that's been there for a minute... 'cause I haven't had somebody. They love him, which makes me love him even more," she told PEOPLE.

The news comes as a relief to Shaquille O'Neal, who no longer owes substantial alimony to his ex-wife.

Shaq, who didn't attend the wedding, took Shaunie's impending nuptials very personally. He blamed himself for the failure of his marriage to the former Va'Shaundya Karlette "Shaunie" Nelson.

"I was bad," the NBA legend said on "The Pivot Podcast" in April, adding, "She was awesome. She really was. It was all me."

Shaq, 50, admitted that he cheated on Shaunie and led a "double life" outside of their marriage. He said he was not "protecting those vows" he made to Shaunie.

The former NBA star said at the time, "She's about to marry a fine, young gentleman, and I'm happy for her, and we have a great relationship."

Shaq and Shaunie were married from 2002 to 2011. They share four children. Shaunie has a son, Myles, from a previous relationship, while Shaq has a daughter, Taahirah, with his ex-girlfriend Arnetta Yardbourgh.

If you appreciate this Sunday post, consider donating below.