Sha’Carri Richardson is “healing” after breaking up with a female hurdler from Jamaica.

The 22-year-old Olympic sprinter says she’s healing emotionally from trauma, including homophobia, that she experienced in her relationship with the unnamed Jamaican athlete.

Sha’Carri wrote about her emotional pain in a social media post.

“I was in a relationship with a Jamaican athlete that never cared about me from jump,” she wrote.

“I was abused and stole from yet protected her from the judgment of her country & family while they dragged me. I had to deal with homophobic [sic] and so much more that I’m still healing from.” 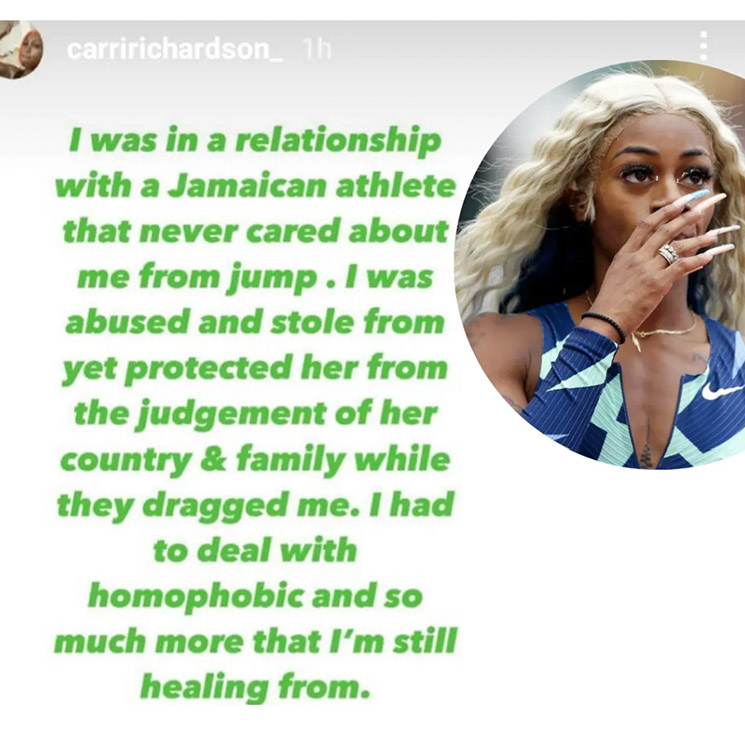 After her victory in the U.S. Olympic trials last year, Sha’Carri credited her then-girlfriend with helping pick her hair color.

“She said it just spoke to her, the fact that it was just so loud and vibrant,” Richardson told USA Today.

“She felt like [orange] was loud and encouraging and, honestly, dangerous… That’s who I am. She just wanted me to be able to make a statement — let’s continue to show the world I’m a force to be reckoned with.”

Richardson also posted a rainbow emoji on her Twitter feed, which prompted a plethora of rainbow tweets in her Twitter timeline.

Sha’Carri, who was raised by her grandmother, was estranged from her biological mother, who died in June of last year.

Jamaicans are notoriously anti-homosexual and LGBT+ individuals are routinely beaten or jailed if caught in the act.

For that reason, Sandrarose.com won’t reveal the name of Sha’Carri’s abusive ex lover.

Move from yah! Yuh know seh mi did haffi edit this comment doa, cause from she say "abusive female who stole from me", mi know exactly who she a talk. Mi nah call har name still, but if unuh call it mi will whissle. 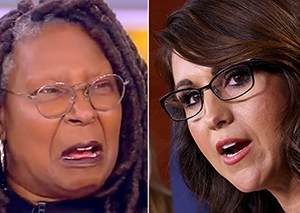