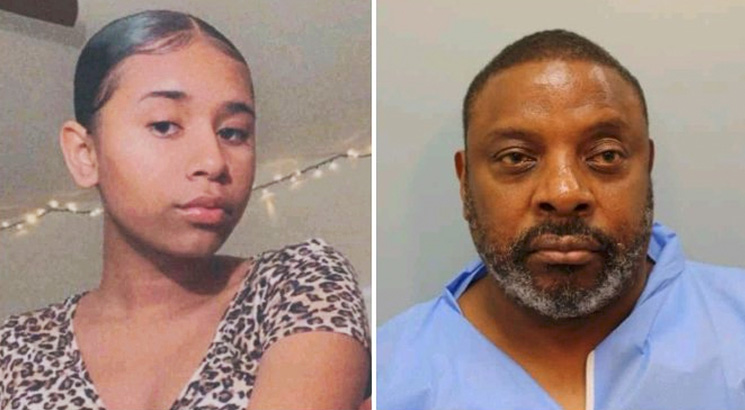 Police arrested a 60-year-old Texas man and charged him with fatally shooting his 16-year-old stepdaughter on Friday.

Van Brisbon is charged with killing Lauren Juma after she called her mother on FaceTime.

He faced a judge for his initial court appearance Monday morning. Brisbon was ordered held on $1 million bond.

According to Lauren's mother, Laurie Young, who was at work, Lauren FaceTimed her and her older sister, saying Brisbon was standing in her darkened bedroom around 1 a.m. Friday.

Lauren said Brisbon was acting "weird," and she asked her mother to tell him to leave, which Young did.

Keryca Harmon, Lauren's 19-year-old sister pulled up outside the house moments later. Harmon said the police were already at the scene and told her Brisbon was holding her sister against her will. Just then, Harmon heard two gunshots inside the house.

Police found Lauren unresponsive in the doorway of a bedroom. Her pants were down around her ankles.

Brisbon reportedly told officers, "Do what you gotta do."

"She was really beautiful and had a beautiful soul and just wanted to go out and enjoy life all the time," said Keryca Harmon. "That's all she ever wanted."