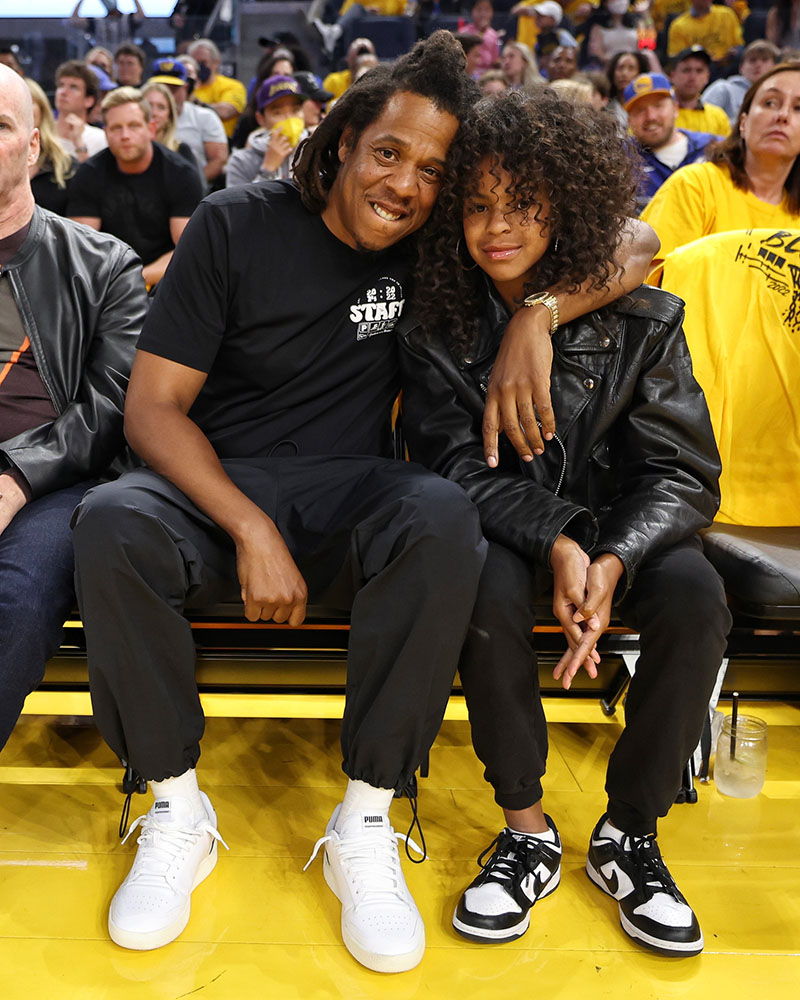 Jay Z embarrassed his adorable daughter, Blue Ivy Carter, during a father-daughter outing at Game 5 of the 2022 NBA Finals series between the Golden State Warriors and the Boston Celtics at Chase Center in San Francisco, CA on Monday, June 13. 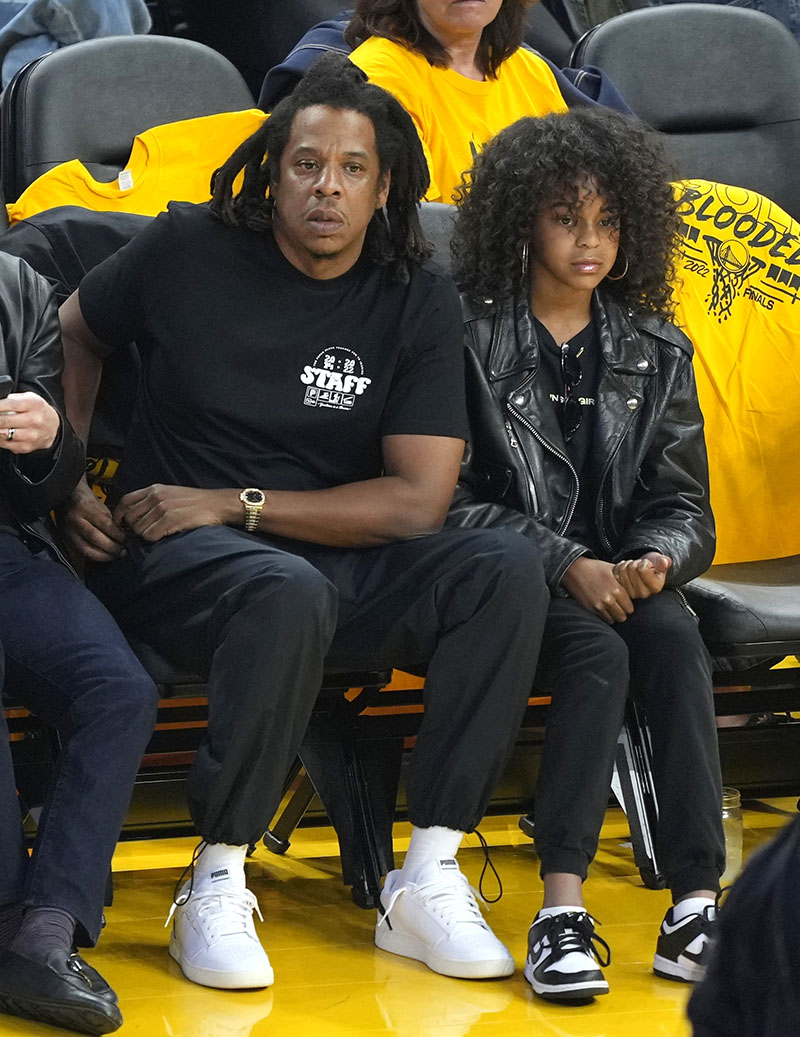 The Internet couldn't get enough of Jay Z bonding with his oldest daughter at court side. At one point, she looked embarrassed and pushed his arm away as he leaned over to kiss her cheek. "Not my hair," she told him. 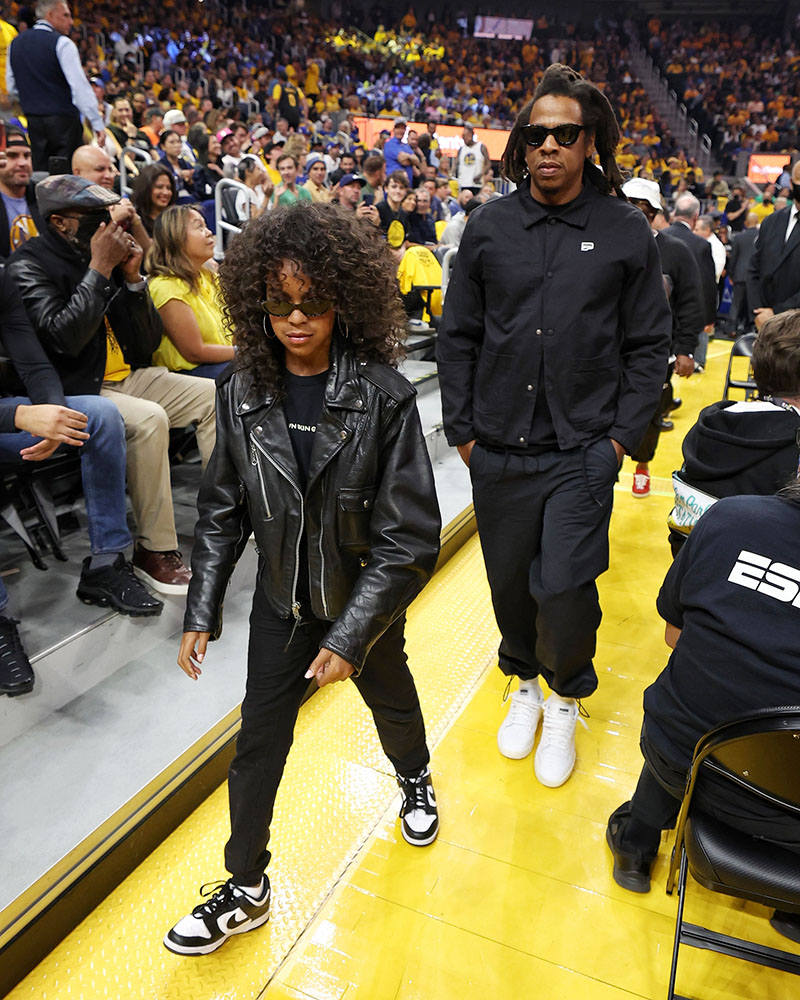 The 10-year-old is at that awkward stage, transitioning from tomboy to womanhood.

She wore a black biker jacket with black sweatpants and throwback Air Jordan sneakers. She accessorized with what looked like one of her mom, Beyonce's custom curly wigs, lip gloss and gold hoop earrings.

The Internet couldn't get enough of the cuteness!

"When you just casually tell THE Jay-Z to chillllllll with all that PDA. Blue been hilarious," one Twitter user wrote.

To us: Jay Z, the all time rap legend
To Blue Ivy: embarrassing dad pic.twitter.com/yOsIpBUVyz

I don’t want Blue Ivy to EVER speak to y’all. I hope she goes to college and lives a clean, quiet and lavish life on her parents dime. She does not need to seek out “the community” because y’all have hated her since she was born for not fulfilling your multiracial child fetish.

Blue Ivy being so unimpressed by her VERY impressive parents will always be funny, they taking bout "24x grammy winner" and she like YOU ON MY HAIR DAD???

what Santana said about Blue Ivy in 2014 was ugly af.