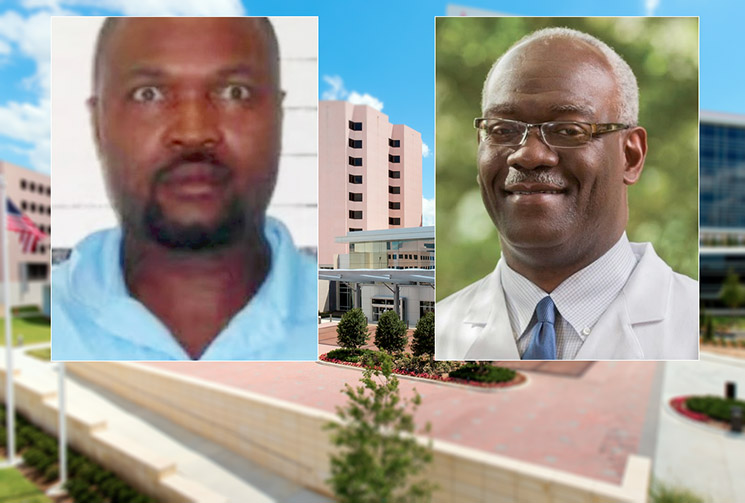 Tulsa police have identified two doctors and two patients killed by a gunman who stormed an orthopedic clinic at St Francis Hospital in Tulsa, OK, on Wednesday.

The victims were killed in an orthopedic clinic on the second floor of the Natalie Building around 2 p.m.

Authorities say the gunman went to the hospital with the intention of killing the doctor and "anyone who got in his way."

He reportedly told people to clear out of the clinic before the shooting began. Then he turned the gun on himself.

Dr. Phillips is a Harvard-educated orthopedic surgeon who performed back surgery on Lewis on May 19.

The 35-year-old gunman was upset because he continued to have back pain after the surgery. He repeatedly called the clinic complaining of back pain. He also complained of chronic back pain during an appointment with Dr. Phillips on May 31.

He returned to the clinic on June 1 with an assault rifle that he purchased that same day. A passerby said the gunman asked for Dr. Phillips by name.