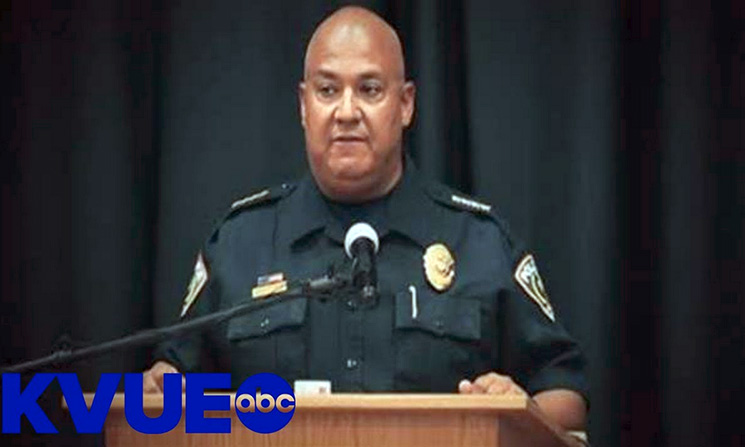 Uvalde school district police Chief Pete Arredondo was relieved of his duties on Wednesday, nearly a month after a gunman killed 19 students and two teachers.

The decision came a day after the Uvalde City Council voted to deny Arredondo a leave of absence.

Weeks after the tragedy in Uvalde, Texas, Arredondo was sworn in as a member of the City Council.

Arredondo was placed on paid administrative leave by Superintendent Dr. Hal Harrell who determined that police under his command waited 77 minutes to storm a classroom and kill a 18-year-old gunman at Robb Elementary School on May 24.

Harrell completed his investigation, despite police refusing to turn over communications and other documents to investigators.

Parents of the deceased children demanded to know why Arredondo wasn't fired or reprimanded for his decision to order officers to fall back.

"From the beginning of this horrible event, I shared that the district would wait until the investigation was complete before making personnel decisions," Harrell wrote in a press release on Wednesday.

"Today, I am still without details of the investigations being conducted by various agencies. Because of the lack of clarity that remains and the unknown timing of when I will receive the results of the investigations, I have made the decision to place Chief Arredondo on administrative leave effective this date."

Surveillance footage from cameras inside the school show officers with bullet-proof shields and high-powered rifles in a hallway about an hour before the gunman was killed. 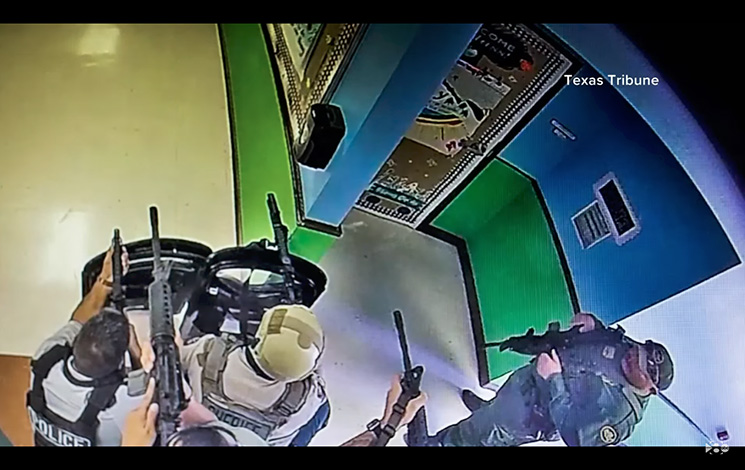 The cops allegedly stood there listening as the gunman murdered children. The officers initially claimed they were waiting for keys to unlock the classroom door, but the door was unlocked the entire time.

The director of the Texas Department of Public Safety (DPS) testified Tuesday that Arredondo's decision was an "abject failure" and he said the police chief put the lives of cops "before the lives of children."

"Mistakes were made and it should have never happened that way and we can't allow that to ever happen," DPS Director Steve McCraw told state senators. "This set our profession back a decade."

McCraw told lawmakers that the officers in the hallway could have stopped the bloodshed three minutes after the shooting began.