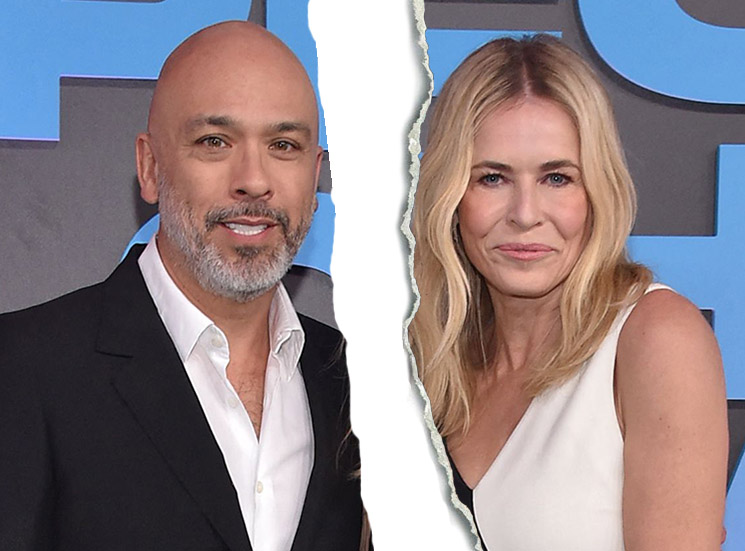 Chelsea Handler is back on the market after announcing her break up from fellow comedian Jo Koy.

In May, the comedienne took to Instagram to gush about the "best boyfriend I've ever had."

The couple began dating in August 2021 after a 20-year friendship.

"This is an appreciation post for the man who turns on my rain machine every night, even though you hate my choice of rain (thunderstorm) and even though I'm only putting it on to drown out your CPAP machine (Sleep apnea,)" Handler wrote.

"Thanks for carrying around an extra lip balm for me because you know I will lose mine and for never letting me carry my own purse, or really anything for that matter. Thanks for loving my dogs the way you do and for always making sure I double bolt my lock in every hotel room," she added.

"I never thought I even wanted someone to look after me this way, but I do. You're the best boyfriend I've ever had. (Shout out to all my exes.) Let's inspire the people who haven't found their person yet, that real love is coming your way and it's out there in all sorts of shapes, colors and sizes! Mahal Kita @jokoy you saved me."

In April, Handler said Koy has "redeemed my faith in men," and she said he called her cellulite "sexy: the more the merrier."

On Monday, July 18, Handler announced her break up with Koy on Instagram.

She posted a video that the two planned to share on their one-year anniversary.

In the caption, she wrote, "It is with a heavy heart to announce that we have decided together that it is best for us to take a break from our relationship right now."

"I know many of you were invested in our love, and I wanted to express to you how much that meant to both of us. How much it still means. And how much I now believe in love for each one of us," she wrote.

"This man blew my heart open with love and because of him, my life experience has changed forever... He renewed my faith in men, in love, in being 100% who I am, and I've never been more optimistic for the future."

"I still believe that my person is coming, whether that is Jo Koy at a certain time or if it's not, I accept that," she added.

Their friends hope the breakup is only temporary.

"Their friends are hoping they can still work it out. But if anything, it's clear their relationship has changed them both for the better," the source told PEOPLE. 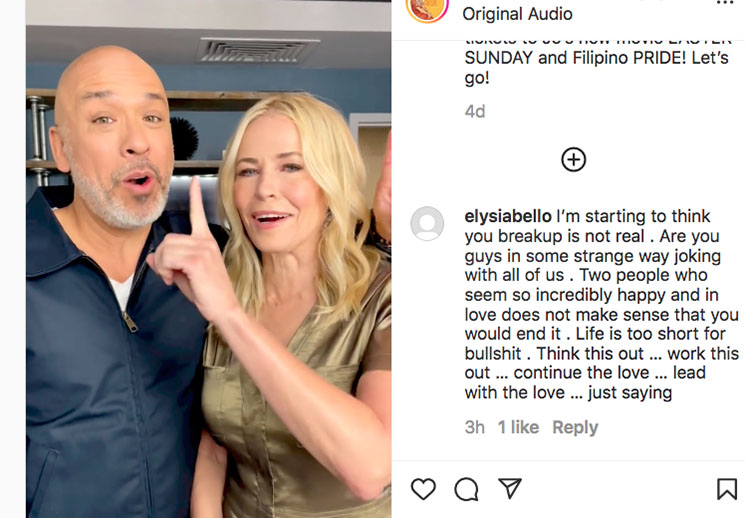 However, some fans aren't buying the break up story.

"I'm starting to think [your] breakup is not real," one fan wrote on Instagram. "Are you guys in some strange way joking with all of us . Two people who seem so incredibly happy and in love does not make sense that you would end it . Life is too short for bullshit . Think this out..."