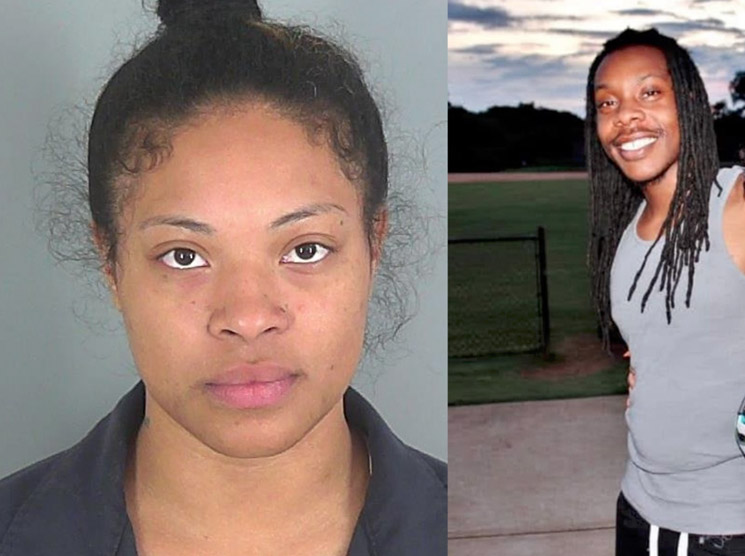 The girlfriend of a missing South Carolina man was charged with murder and weapon possession after his body was found in a shallow grave in late April.

Jessica Marie Strachan, 28, was already in jail for obstruction of justice for allegedly lying to investigators, Law & Crime reports.

According to the Spartanburg County Sheriff's Office, Griffin was last seen alive on March 29 leaving a home on Winsmith Avenue with Strachan, his on and off girlfriend.

"During the course of the investigation it was determined Jessica Strachan was misleading in the information she had provided during her initial interview," deputies said, according to WSPA. "She became a person of interest in the disappearance of Devantae Griffin."

Investigators asked to speak with Strachan a second time, but she had moved to Florida without telling them, Fox46 reported.

Cops in Miami arrested Strachan and extradited her back to Spartanburg where she was released on $5,000 bond and placed on house arrest.

She was re-arrested on April 29 for violating her home detention.

On Saturday, Strachan was charged with murder and possession of a weapon during a violent crime.

She was also charged with obstruction in part because she took Griffin's cell phone to Florida with her.

Griffin's family was in the courtroom Saturday as Strachan appeared at a bond hearing. she was ordered held in jail without bond.

"We've been praying for this moment for a few months now," said Griffin's aunt Beverly Griffin. "We just need some closure about what happened to him and why."