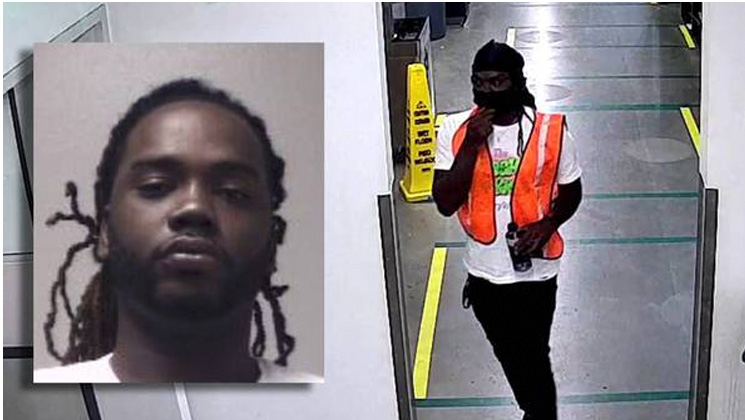 A former Amazon worker is charged with stealing $100,000 worth of merchandise from Amazon warehouses, authorities say.

The Coweta County Sheriff's Office charged Markece Ryans with stealing $30,000 worth of electronics, including Apple laptops and iPhones, from a metro Atlanta Amazon warehouse, according to WSBTV.

The 28-year-old man was arrested in Alabama, and will be extradited to Georgia, Fox 5 News reports.

In total, he's accused of stealing over $100,000 worth of merchandise from Amazon distribution centers in the Southeast, investigators say.

Investigators believe that's just the tip of the iceberg and there may be more warehouses that Ryans allegedly stole items from.

The sheriff's office released surveillance video that shows Ryans loading stolen items into bins on a cart and then pushing the cart to a car outside the big warehouse in Coweta County.

An investigator said Ryans knew his way around the big building in metro Atlanta, and was able to get in, and get out quickly. He's accused of stealing thousands of dollars' worth of Apple products and other electronics.

Ryans may have sold the items to friends or on the Internet for a five-finger discount.

Ryans was booked into the Coweta county Jail on 2nd-degree burglary and theft by taking charges.