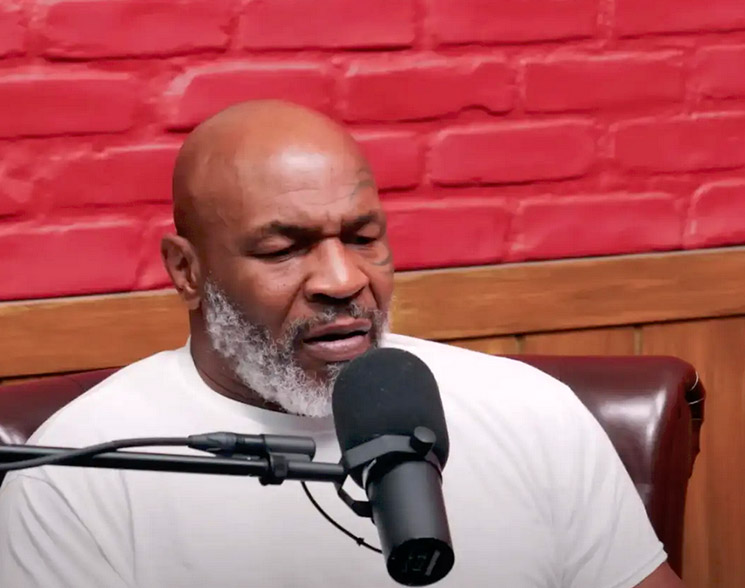 In the video, Tyson suggested that he may not be long for the world.

"We're all gonna die one day of course," Tyson said. "Then, when I look in the mirror, I see those little spots on my face, I say, 'Wow. That's my expiration date. It's coming close, fairly soon.'"

Tyson could be referring to benign moles and skin tags that multiply with age, particularly on Black skin. The medical term is dermatosis papulosa nigra.

Benign (noncancerous) skin tags or moles can be easily removed by a dermatologist. But some people believe the dark spots are a sign of a terminal illness.

"Money don't mean s–t to me," Tyson said. "I always tell people — they think money's gonna make them happy. They've never had money before — when you have a lot of money, you can't expect nobody to love you. How am I gonna confess my love to you when you have $500 billion?"

Tyson explained why he no longer flies on private planes.

"When I'm on that private plane, that's all I think about is cocaine and prostitutes - that's my trigger. That's my trigger, that's why I don't fly private. I fly commercial because that's a real bad trigger... Private planes are out of my f***ing league."

"Anything that could allow me to be the boss of everything... If I'm the one that can set everything up - hey baby, you do this, you suck, you go here, hey bring the cocaine over here. If I'm ever one of those guys, I want to get the f**k out of there. I don't want to be that guy."