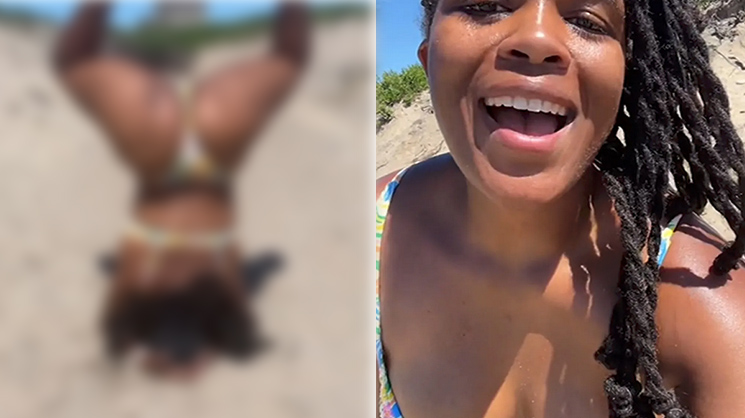 Tiara Mack, Rhode Island's youngest senator, was suspended from TikTok for posting a video of herself twerking for votes.

In the video, the 28-year-old politician twerks awkwardly while in a handstand.

Mack described the reaction to her twerking video as "misogyny, classism and racism" in a phone interview on Wednesday.

"My behavior on my Twitter, Instagram and TikTok are consistent with a young millennial who is in office and challenging norms," Mack said.

"I'm showing that leadership looks different and welcoming people into the many different facets of my life."

But not everyone agrees with her message. Twitter users called Mack's behavior disgraceful and shameful and they said she had no business being a state senator.

Mack's TikTok account was restored on Wednesday after being suspended on Tuesday.

Mack, who was elected in 2020, said the video was "a way to show that elected officials can be silly and have fun and enjoy a day off."

She believes the TikTok suspension was politically motivated after she proposed a bill last year that would require Rhode Island schools to provide sex education to children that "affirmatively recognize pleasure based sexual relations, different sexual orientations and be inclusive of same-sex relationships."