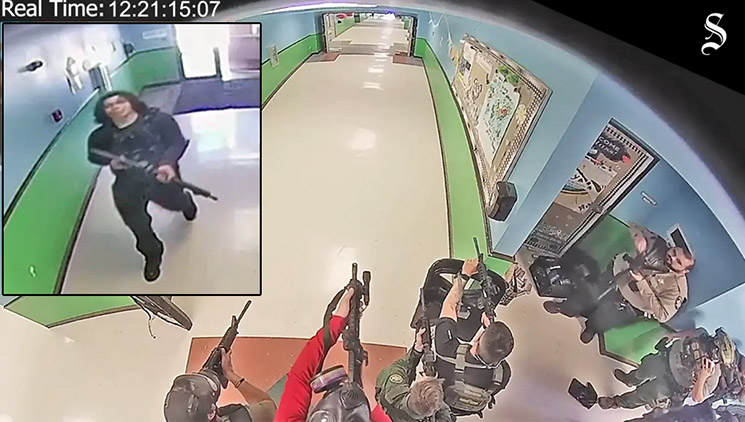 The gunman killed 19 children and two teachers in adjoining classrooms at Robb Elementary School, while police waited in a hallway and did nothing.

Surveillance footage from cameras in a hallway inside the school shows the cowardly police running for their lives during the horrendous attack. 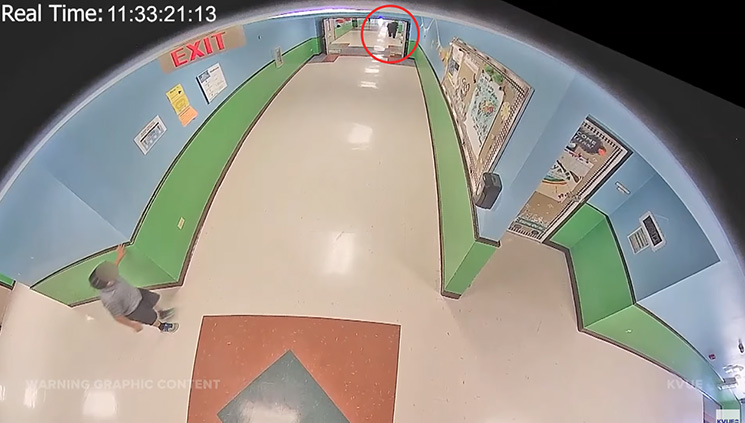 The 77-minute video, first obtained by the Austin American-Statesman, shows a small boy peek down a hallway seconds before the gunman entered a classroom and began shooting. The terrified child is seen running back down the hall.

The screams of children being slaughtered was removed from the video footage.

The video shows heavily armed police officers amassing in the same hallway. The cops just stood there as the gunman shot more children. For over an hour they waited in the hallway — sometimes checking their social media accounts and making cell phone calls — instead of neutralizing the 18-year-old gunman and saving lives. 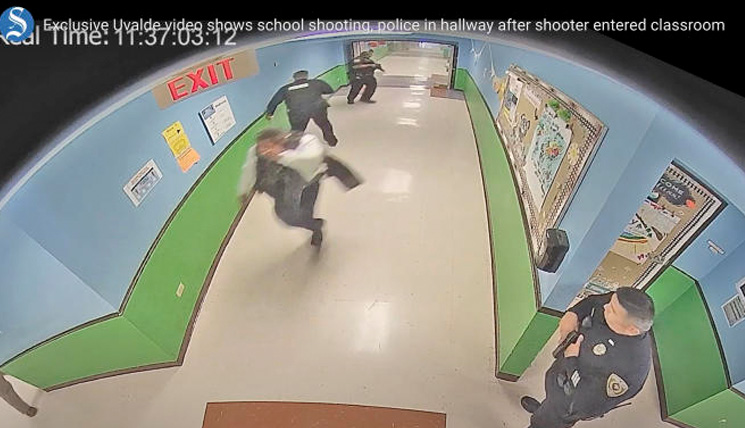 At one point, the cowardly cops fled down the hallway as the gunman shot at them before barricading himself behind an unlocked classroom door.

Afterwards, police carefully crafted their press statements to portray themselves as heroes.

Many of the children who died could have been saved if the police had acted sooner.

Shockingly, the Uvalde chief of police who gave the stand down orders, was sworn in as a member of the Uvalde City Council just weeks after the tragedy.

Pete Arredondo has since resigned from his seat on the City Council, but he is still police chief of the Uvalde school district.

Watch the full video below. WARNING: Graphic footage may be disturbing.