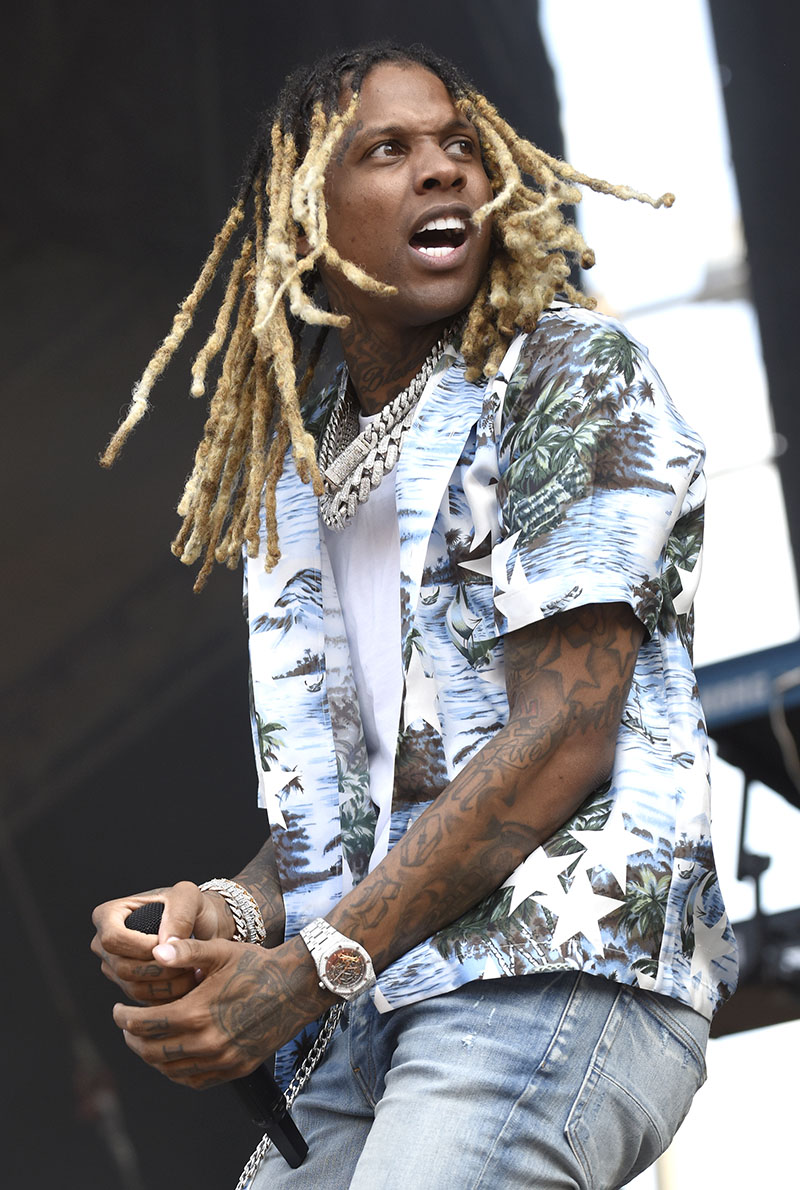 Lil Durk nearly lost an eye when pyrotechnics exploded in his face while performing at Lollapalooza in Chicago, Illinois on Saturday, July 30.

The stunned rapper staggered backwards, as the DJ asked him if he was OK. After taking a few moments to compose himself, the gangsta rapper continued the show.

Lil Durk got hit in the face by a stage explosion during his set at Lollapalooza pic.twitter.com/GSTBWbW8Un

On Sunday, he shared a photo of himself on Instagram, with gauze covering his right eye. He said he was taking a break from performing while he recovers from his injuries.

Durk captioned the photo: "Due to the incident that happened at Lollapalooza in Chicago on stage, I'ma take a break & focus on my health. I finished my performance yesterday for my fans. Appreciate y'all." 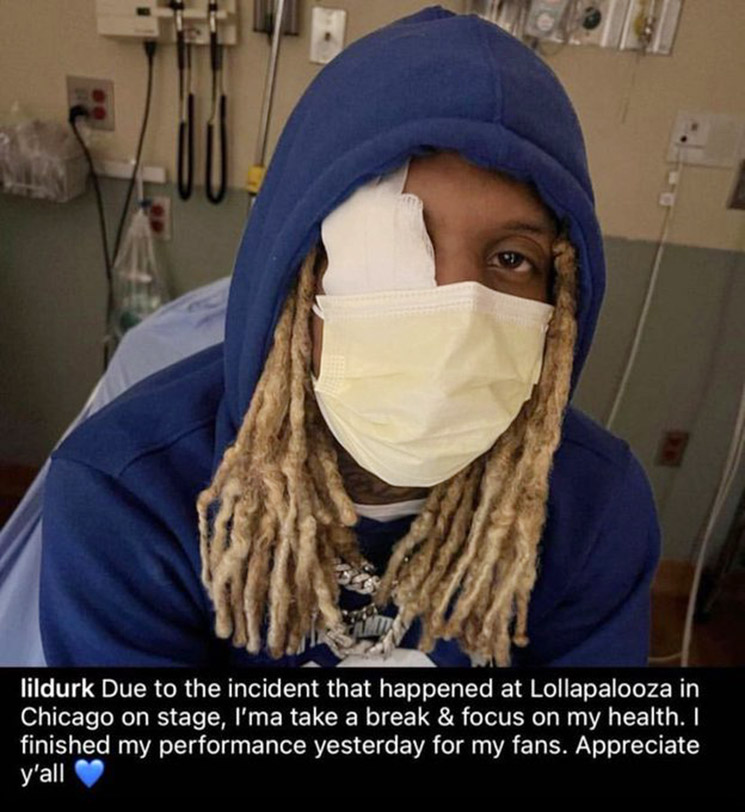 There was no statement from Lollapalooza organizers. But Lil Durk's fans on social media are convinced that the pyrotechnics was no freak accident.

Lil Durk is a reputed member of Chicago's OTF/Lamron set, a faction of the notorious Black Disciples street gang.

Lollapalooza is considered one of the largest music festivals in the U.S. The 4-day summer music festival is held annually at Grant Park.