More details have emerged about former UCLA men’s basketball star Jalen Hill whose skeletal remains were found in Costa Rica. He was 22.

Costa Rican officials positively identified Hill’s remains through DNA analysis with samples from his family, according to reports. An investigation into his death continues.

Costa Rican authorities said Hill went missing in July after traveling to Costa Rica in April. His remains were found on August 8.

According to The L.A. Times, Hill’s remains were found in the Napoles de Tarrazu region about 40 miles south of San Jose. The outlet said his remains “were found in a mountainous coffee-growing area popular with tourists because of its hiking trails.”

Police released a “missing tourist” poster featuring Hill’s picture on August 10, after his body was found.

Hill’s father, George Hill, announced his death on Instagram on Tuesday. His cause and manner of death are still undetermined.

Hill’s sister, Tatianna, said in an Instagram post on Tuesday she was returning to the states after traveling to Costa Rica with her brother in April. She said they explored tourist attractions, and “smoked some great weed”.

“Came to Costa Rica with my best friend and now I’m leaving without you,” she captioned a photo of Hill when he was a toddler. “Your [sic] resting in true paradise right now and I have to accept that.”

“[T]hose first 2 months were amazing, we explored the jungles and beaches together, went Airbnb hopping, ate great food fresh from the ocean and smoked some great weed lol… I felt like on this trip I got to know the real Jalen, the little boy I knew growing up. You’re probably in the astrals somewhere building mansions, discovering new realms and doing all the things you used to tell me about.”

Hill, a former Corona Centennial High basketball star, was recruited by the UCLA men’s basketball program in 2017. He started for the Bruins during the 2018-2019 season.

In 2017, Hill was suspended for being one of three UCLA players detained in China for shoplifting a pair of sunglasses from a Louis Vuitton store.

He later said his arrest in China at age 17 triggered his depression and anxiety.

He quit the team in 2021 after playing 77 games over three seasons for the Bruins.

“It was a tough decision to make, but once I knew what I had to do, it wasn’t hard, like I figured out, like, this is going to help me,” Hill told The Times in a 2021 interview.

In a video posted on his Instagram page on April 6, 2021, Hill said “I never felt this happy before in my life. I’m just happy to be alive.” 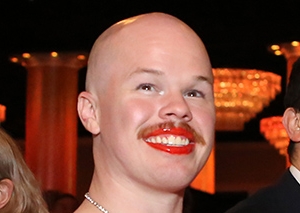 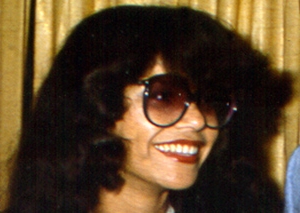