Cory Hardrict had a one-word response to rumors that he cheated on his estranged wife, Tia Mowry who filed for divorce.

On Tuesday, Tia, 44, announced she was divorcing Cory after 14 years of marriage.

“I have always been honest with my fans, and today is no different. I wanted to share that Cory and I have decided to go our separate ways. These decisions are never easy, and not without sadness.”

Tia cited “irreconcilable differences” in her divorce petition. She asked the court to divvy up the couple’s assets according to their ironclad prenuptial agreement, which does not entitle Cory to her TV money.

Tia’s fans began speculating that Cory, 42, cheated on her, which caused the break up of their marriage.

But Cory denied the rumors in a one-word tweet. 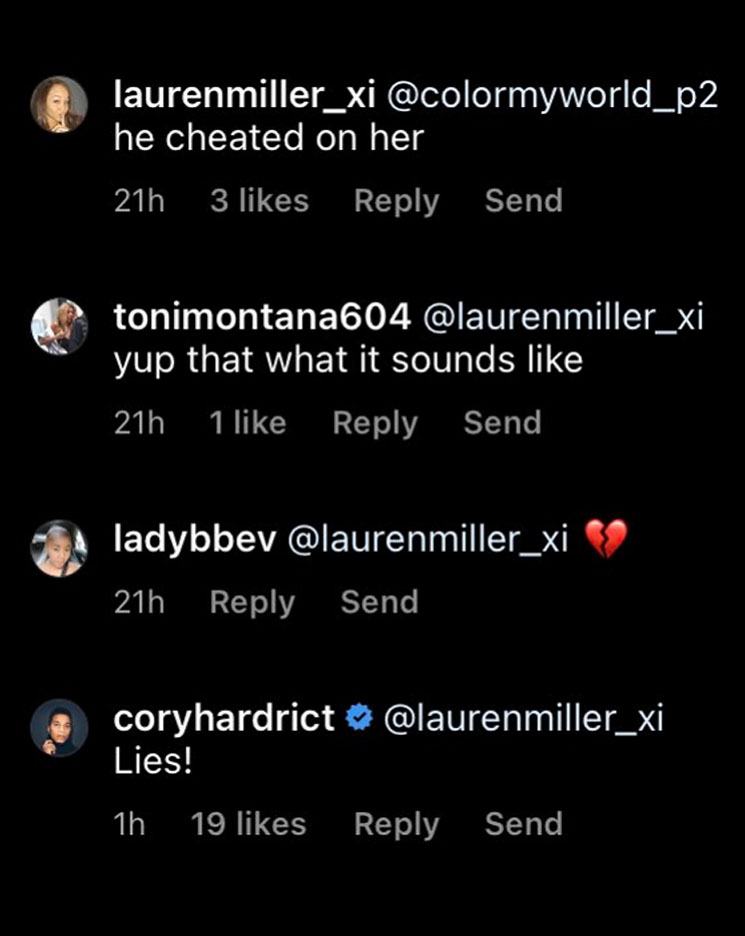 He also retweeted a follower who wrote: “Don’t react too quickly. Stay calm and remember it’s just a moment. It shall pass.”

Don’t react too quickly. Stay calm and remember it’s just a moment. It shall pass.