The counterfeit shirts are doing brisk business on eBay, meaning they may pop up on the streets soon.

Kanye, 45, debuted the t-shirts at a surprise Yeezy fashion show during Paris Fashion Week in Paris, France on Monday.

The music producer-turned-designer was heavily criticized for supporting white supremacy. 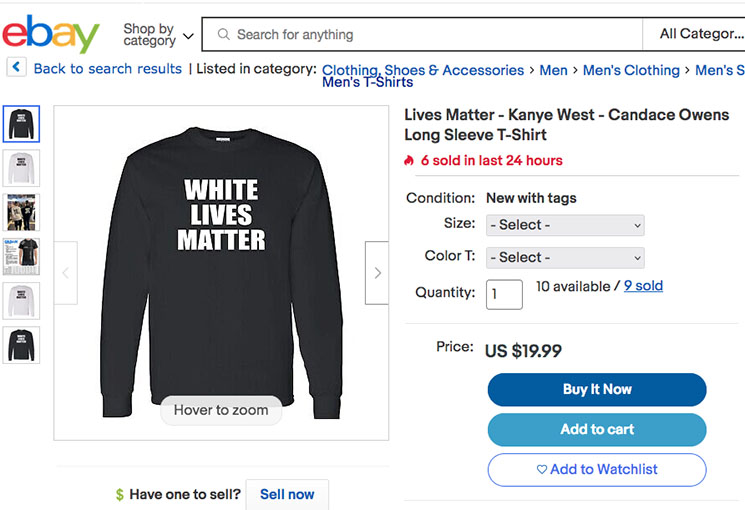 Now bootleg WLM tees are popping up on eBay.com for as low as $3.99. The shirts are sold under multiple eBay listings titled “All Lives Matter” or “Lives Matter.” The garments feature “White Lives Matter” printed on the front.

The authentic t-shirts from Kanye’s Yeezy line feature “White Lives Matter” on the back with a photo of Pope John Paul II on the front.

According to TMZ, Kanye’s sources say he hasn’t made a final decision to sell his controversial shirts to the public.

He later apologized to Karefa-Johnson after she accepted his invitation to a private meeting.

But Kanye was back on defense on Wednesday. In one IG post he called Karefa-Johnson’s boots “trash” and he warned pop singer Justin Bieber to “get your girl before I get mad.” 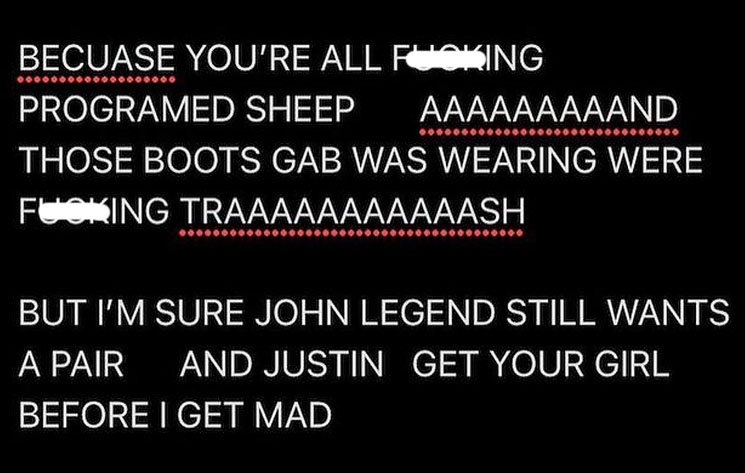 In another post, he complained about the Kardashian family “kidnapping” his daughter, Chicago West on her birthday and not letting him know where her birthday party was being held.

A frustrated Khloe Kardashian responded to Kanye’s rant in a social media post. 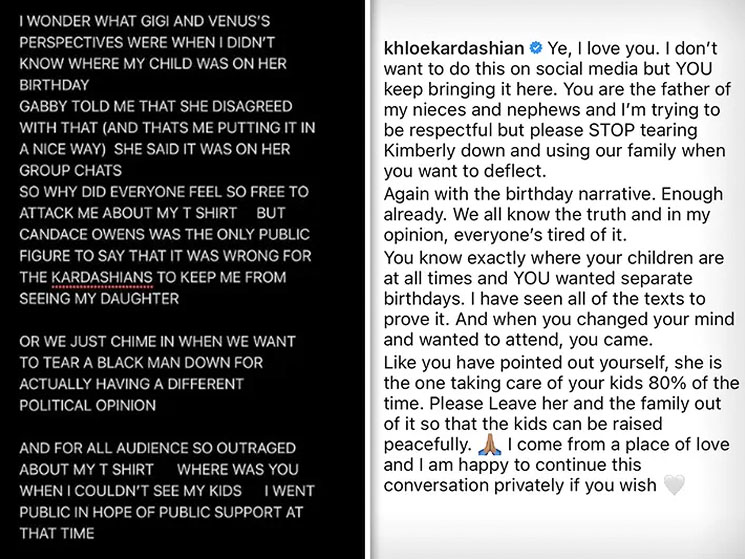