Inflation is rising, and workers are seeing the effects in their dwindling paychecks.

A waitress said she earned just one penny in her paycheck after working 6 weeks at a Nashville restaurant.

The TikTok user, named Linny, shared an image of her paycheck stub that shows she earned a measly $0.01 for 6 weeks of work.

According to the NY Post, minimum wage for restaurant servers in the U.S. is $2.13 an hour. Waitresses like Linny survive on tips from their customers.

However, in Tennessee, federal, Social Security and Medicare taxes are deducted from earned income. That left Linny with just one penny in take home pay.

In her TikTok post, Linny urged her followers to "Tip your servers!!!"

Linny's TikTok fans were not exactly sympathetic. A few men told her to create an OnlyFans account. With her striking good looks, she can earn thousands of dollars a week in revenue.

"It's not my job to pay your bills. I got my own to pay," said one TikTok user.

Another wrote: "Blame the businesses you're working for, not the consumers. In other countries, they don't need to tip because they pay a living wage."

And a third person wrote: "I've easily made $4400 a month being a server. Don't let those empty checks fool you if you're serving and making so much more than you get as an hourly rate."

The Atlanta Hawks are hiring 900 employees in guest services, security, food services and more in preparation for the grand opening of the fully transformed Philips Arena this fall.

The Atlanta Hawks are hiring staff to fill more than 900 new jobs in preparation for the grand re-opening of the transformed Philips Arena nearing completion of its $192.5 million renovation.

The Hawks are looking to hire part-time supervisory and non-supervisory positions in a number of different areas, including guest services, security, housekeeping, food service, and more.

Job perks for arena staff include free parking, new break rooms with complimentary beverages and snacks, along with an employee loyalty rewards program. In addition to working Hawks homes games, they also have a chance to staff some of the hottest tours and live events that visit Atlanta. Shows already slated for the arena include tour stops by Nicki Minaj and Future, Elton John, Drake and Migos, Justin Timberlake, Shawn Mendes, Fleetwood Mac and P!NK.

To learn more about available jobs at the all new Philips Arena, please visit hawks.com/arenajobs.

While perusing Instagram I spotted this post about Tiff the Barber's generosity. Tiff works out of Derek J's J Spot Studios hair salon in midtown Atlanta. She provided free haircuts to a few foster kids so they could take in a high school game.

Tiff is one of the few rare female barbers in Atlanta. She also cuts hair on the sets of movies and TV shows.

It came as a surprise that foster kids in Georgia needed free haircuts. The state is supposed to take care of their needs. But this is Georgia, where everything is done backwards.

Follow Tiff on Instagram.com at @tiffthebarber or visit her at the J Spot salon. 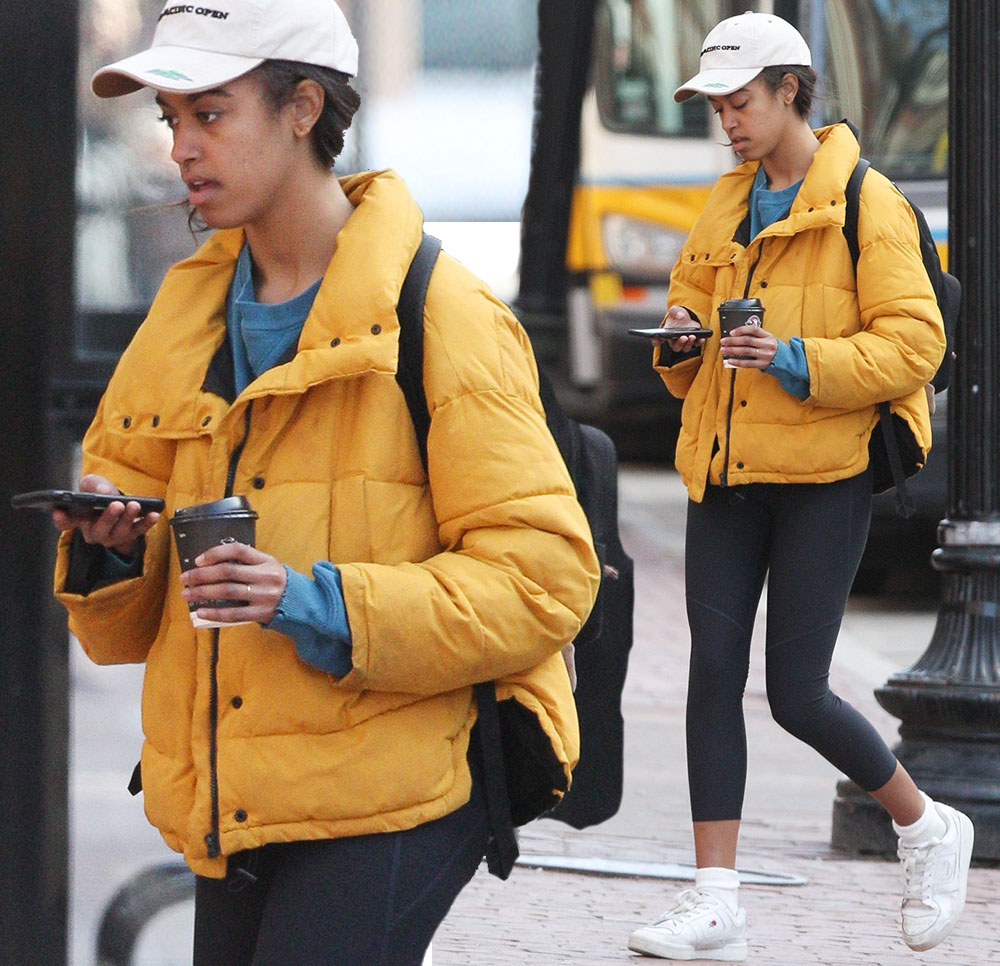 First teen Malia Obama is spending part of her summer in Manhattan working on an internship with HBO.

According to Page Six, Malia is a familiar face around Manhattan these days.

She was spotted "dining at Bleecker Kitchen & Co., taking in a screening of “The Stanford Prison Experiment” with her Secret Service detail, and brunching with her dad, President Obama, and sister, Sasha, at Upland last Saturday."

With her past experience working on location in Hollywood with the likes of Halle Berry, it certainly looks like Malia is craving the spotlight.

In her defense, the gangly 17-year-old is still at that awkward stage in a teenager's life when she is struggling to emerge from the shadow cast by her very prominent parents, Michelle and Barack Obama.

It isn't unusual for teens like Malia to want to cast a big shadow themselves.

LDSLiving.com gives 20 tips on helping teens get through the awkward stage. None of those tips involve living in a fancy hotel under heavy security while interning with HBO.

The fact that Malia is the president's daughter provides her with perks that other teens don't have access to. For instance, if she wants to lunch with Beyonce, all her mom has to do is pick up the phone.

It's the same with that internship with HBO, or rubbing elbows with gorgeous superstar actress Halle Berry on movie sets.

In that respect, Malia Obama is nothing like your teenager.

'CBS This Morning' co-anchor Gayle King, left, and 'Good Morning America' co-anchor Robin Roberts are 2 of only 4 blacks named to The Hollywood Reporter's list of the Top 35 Most Powerful People in media.

Remarkably, the woman whose coattails King rode to the top -- Oprah Winfrey -- was left off the list.

END_OF_DOCUMENT_TOKEN_TO_BE_REPLACED

A teenager learned the hard way that sentiments she posts on social media can come back to bite her in the rear. Celia, an unemployed Texas teenager, tweeted her dissatisfaction at starting a new job at a notorious pizza joint run by a "gangsta pizza king".

END_OF_DOCUMENT_TOKEN_TO_BE_REPLACED

Yodeling singer Rihanna has a new source of income now that her albums are no longer selling like they used to.

END_OF_DOCUMENT_TOKEN_TO_BE_REPLACED

*I bumped this post just to say I told you so!