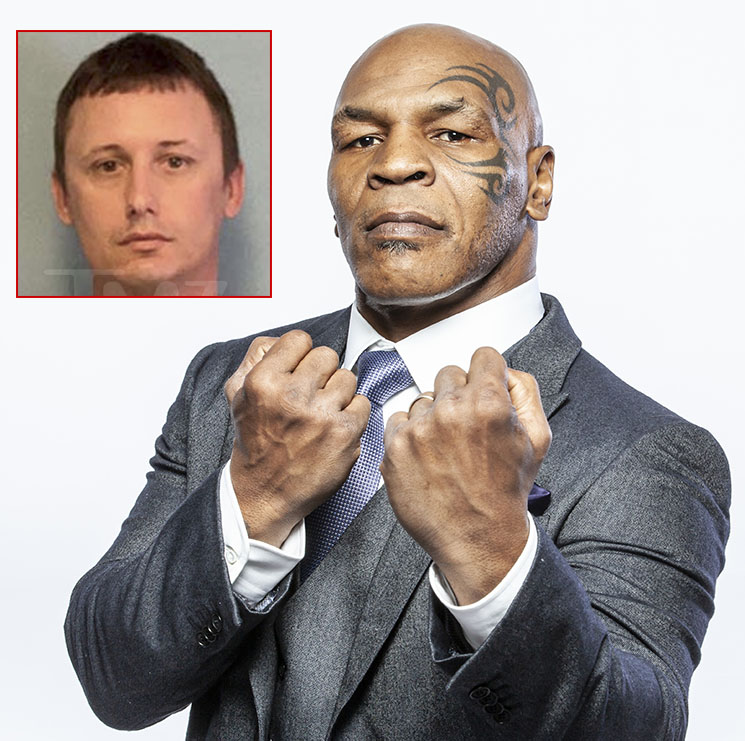 An attorney for the Jet Blue passenger who was repeatedly punched in the face by Mike Tyson says the former heavyweight champion used excessive force.

Attorney Matt Morgan wants Tyson, 55, to pay for beating down his client, Melvin Townsend III, on a flight from San Francisco to Florida on Wednesday.

Tyson's team tells TMZ, Townsend harassed the ex-pugilist and even threw a water bottle at him. And that's why Tyson cleaned Townsend's clock.

Cell phone video shows Townsend sitting behind Tyson on the flight. At times he hovering over the back of Tyson's seat and seemed to be badgering the people's champ.

"Our client is a big Mike Tyson fan. When Mike Tyson boarded the plane, he became overly excited. At first, their interaction was cordial... At a certain point, Mr. Tyson clearly became agitated by an overly excited fan and began to strike him in an excessive manner. This situation could have been avoided simply by contacting the flight attendant. Our client denies throwing a water bottle prior to being struck by Mr. Tyson."

Tyson's team told TMZ Townsend had thrown a bottle at him - and that's why Tyson cleaned the guy's clock.

Tyson's fury left Townsend's face bloody, but he declined to press charges against the former boxer.

A source tells TMZ that Townsend "Is still in shock" and weighing his next move. He hired a lawyer due to his physical injuries and to handle the avalanche of media requests for comment.

TMZ did some digging, and Townsend is no angel. In fact, he has an extensive criminal history.

The 36-year-old has been convicted of fraud, grand theft, burglary, possession of controlled substances and trafficking in stolen property, TMZ reports.

Atlanta attorney Courtney Cox has been identified as the woman who was shot dead by a man who leapt from balcony to balcony while firing at police before turning the gun on himself.

The Georgia Bureau of Investigation (GBI) identified the shooter as 32-year-old Jarvis Jarrette, who began dating the young attorney over the summer.

Officers responded to a report of gunfire at 3:14 a.m. at the Atlantic House high rise arrived to see Jarrette leaping from a balcony to another balcony before firing a rifle at the police. At least one officer returned fire.

Police found Cox deceased in her apartment. They also found Jarrette dead on a balcony.

The aftermath of the shooting was viewed by a small crowd of onlookers below who pulled out their cell phones to film rather than call 911.

Atlanta Mayor Keisha Lance Bottoms slammed the bystanders for filming the incident rather than call police.

"A former student of mine from Spelman was murdered yesterday. Courtney Cox was a a lovely human being who was DEEPLY LOVED by her family and friends. She deserved so much better. Here she is with her classmates on a (epic) history research trip to NOLA in 2011 (far right).Damn..."

A former student of mine from Spelman was murdered yesterday. Courtney Cox was a a lovely human being who was DEEPLY LOVED by her family and friends. She deserved so much better. Here she is with her classmates on a (epic) history research trip to NOLA in 2011 (far right).Damn... pic.twitter.com/GYctzI5egH

Little sister lost a friend to senseless gun violence here in midtown ATL. Could only hold her through the tears. Praying for Courtney Cox and her family. My God. https://t.co/bgKWi2LMDD 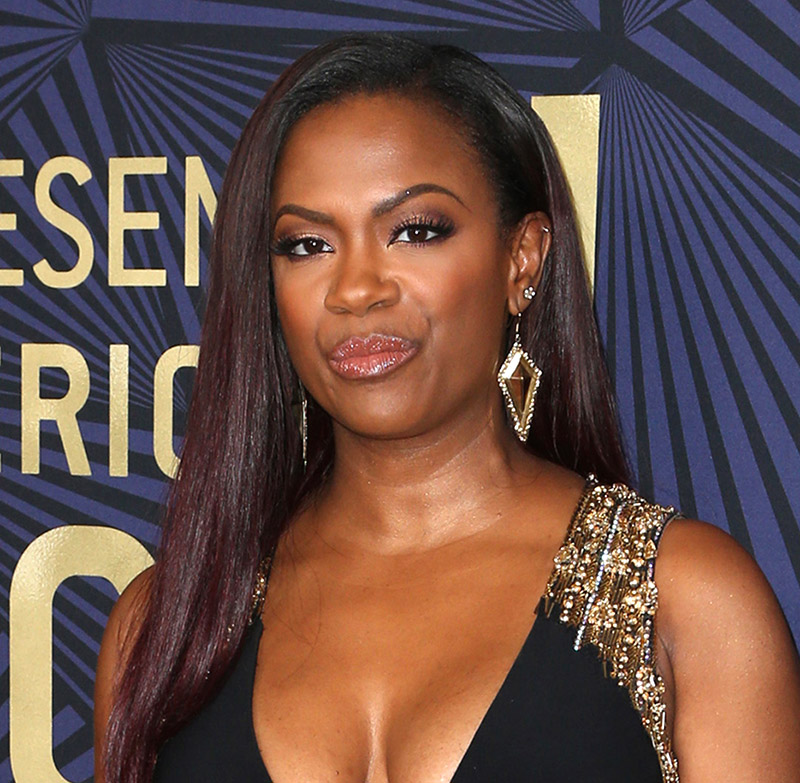 A customer put restaurateur Kandi Burruss on blast after he was charged for ice at one of her establishments.

Ryan Williams, a criminal defense lawyer who dined at The Real Housewives of Atlanta star's Blaze Steakhouse, accused the restaurant of charging him $4 for 2 ice cubes.

Williams took to social media claiming he was overcharged for cheese, a margarita and 2 ice cubes which were listed on the receipt as "rocks."

Williams said he was very upset that he had to pay an extra $4 for 2 ice cubes in his drink.

He budgets $300 a month for business dinners and that he counts every penny because he doesn't like to overspend.

Williams reached out to the restaurant on social media to give them a chance to fix the overcharge.

Blaze Steakhouse contacted Williams and apologized profusely for the misunderstanding. They refunded his $4 and he shared an update on Instagram.

In a video posted on her Instagram stories, Kandi said larger drinks require more ice. And, despite the "rocks" charge on the receipt, she charges customers for the extra liquor.

An attorney from Milwaukee who was reported missing after a night out in Atlanta died from injuries he sustained in a car crash in Clayton County.

Demetrice Allen was last seen on Dec. 6 when he stopped by TEN ATL, a bar in East Atlanta Village, to drink with friends.

Allen's best friend said Allen's next stop was The Graveyard Tavern on Glenwood Avenue. By 2 a.m., the group noticed Allen was gone.

In response to a text message from LaShauna Wint, Allen said he was heading to The Cookout restaurant on Moreland Avenue for a burger before going home.

Clayton County police were called to a multi-car accident with injuries in the area of Interstate 285 and Old Dixie highway.

Allen's 2015 BMW 328i was among the vehicles involved in the accident. He was determined to be the at-fault driver.

The 30-year-old employment attorney was described as "alert, conscious and combative" with police.

His injuries were not considered life-threatening, but his condition prevented police from identifying him at the accident scene.

Police following up with the hospital where Allen was taken learned he succumbed to his injuries. Hospital staff called the Georgia Bureau of Investigations, who took custody of his body for an autopsy in the GBI crime lab.

Allen's godmother, Daphne Handley, with whom he was staying, reported him missing on Dec. 8.

It wasn't until days later that police realized the deceased man was the attorney reported missing in local and national headlines.

Allen was in Atlanta to interview for a job in the legal department at Delta Airlines, the Atlanta Journal-Constitution reports.

"He's overcome so many obstacles in life," said Wint before Allen was identified.

Wint said Allen lost his single mother about 10 years ago.

"He still pushed through and he finished college, top grades, got into the top law school," Wint told Fox6 Now. "He's just a fighter."

South Fulton Police announced Allen's death on Friday, Dec. 13. There was no explanation why authorities failed to contact his next-of-kin after he died.

END_OF_DOCUMENT_TOKEN_TO_BE_REPLACED

A Salt Lake City, Utah, landlord is forcing residents to 'Like' their apartment complex's Facebook page -- or else.

Tenants at City Park Apartments returned home on Thursday night to find a lease addendum taped to their doors.

END_OF_DOCUMENT_TOKEN_TO_BE_REPLACED

Hours before she announced murder charges against six Baltimore officers in the death of Freddie Gray, the Ciara lookalike reportedly called her mom to tell her she was about to be on CNN.

END_OF_DOCUMENT_TOKEN_TO_BE_REPLACED

A transsexual who lived for a decade as a woman was buried as a man by his family. The open casket funeral angered Geoffrey Charles Gable's friends in the LGBT community.

END_OF_DOCUMENT_TOKEN_TO_BE_REPLACED

Police have ID'd the gunman who shot 3 students in the library at Florida State University after midnight last night. Myron May was shot and killed by police when he was confronted outside the building after wounding 3 students.

END_OF_DOCUMENT_TOKEN_TO_BE_REPLACED

According to an insider close to urban singer Usher Raymond, his longtime girlfriend, Grace Miguel, is questioning why the singer had a raunchy sex tape, starring himself and ex-wife Tameka Raymond, on his laptop a full year after they divorced.

END_OF_DOCUMENT_TOKEN_TO_BE_REPLACED

A defiant epidemiology nurse broke quarantine to go for a bike ride with her boyfriend today in Maine. Hordes of photographers ran alongside Kaci Hickox's bike as she rode through her rural town for about an hour. Hickox refused to quarantine herself for 21 days after returning from West Africa where she treated Ebola patients.

END_OF_DOCUMENT_TOKEN_TO_BE_REPLACED

Local attorney and reality TV personality Phaedra Parks is moving on with her life. The mother-of-two has retained a local attorney to file for divorce from her white collar criminal husband, Apollo Nida, who is serving time in the federal pen for bank and wire fraud.