Brown tells PEOPLE that he was thinking about all the loss he suffered in his personal life while performing "Ain't No Sunshine" by Bill Withers.

As the crowd chanted "Take it off!" Bobby was revealed to be the Crab.

"The king of R&B! My brother. The legend is in the building!" said host Nick Cannon.

"I did have so much fun, and it wasn't about a competition to me," Brown, 52, told PEOPLE. "It was about strictly having fun. Being able to perform as the Crab really, really, really made me feel good."

When asked why he wanted to come on the show, he said "I'm a big fan of the show. Me and my kids, we sit in front of the television and we watch it. We've been watching it for years. I got a kick out of seeing all of the stars unveiled, the stars' performances, and I just thought it would be a great idea for me to do it, to see the looks on my kids face when I'm unveiled." 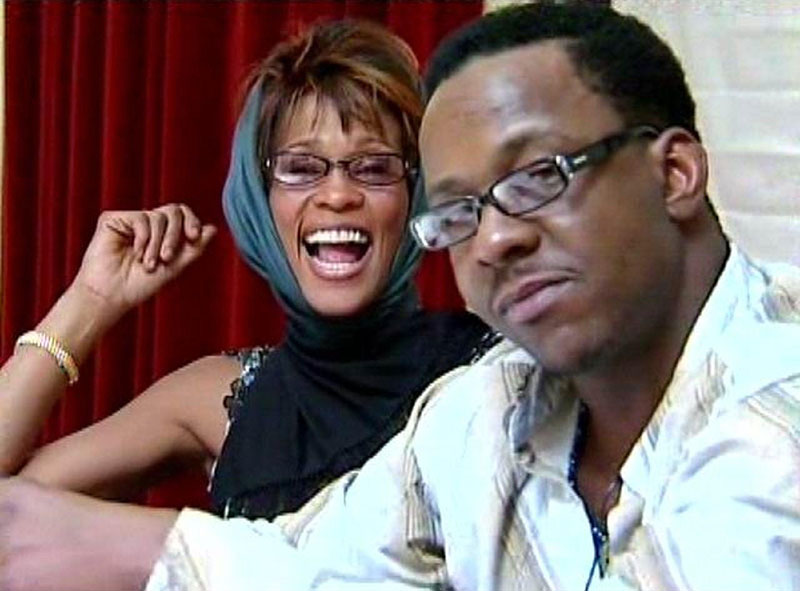 "I was thinking about a lot of things. Mainly all the loss of my life. That's really touching to me, that's close to my heart. But also, just thinking about my kids, and how much I appreciate them, how much I love them, and being able to sing something to them that is not one of their father's songs. It was therapeutic for me to sing that song and bring it across to the people, and people to get where I'm coming from as a human being. For my kids to hear it, and sit there and say, 'That's you, Daddy. That's you Daddy. I know that's you, Daddy,' it's been a lot of fun."

Bobby Brown blames Nick Gordon, who he helped raise, for the deaths of his former wife Whitney Houston and daughter Bobbi Kristina.

Brown made the revelation during an episode of Facebook series "Red Table Talk" with host Jada Pinkett Smith and her co-hosts, daughter Willow Smith and mom Adrienne Banfield-Norris.

Brown said he believed foul play was involved in Bobbi Kristina's death in 2015.

When asked if Nick provided Bobbi Kristina with drugs, Brown replied, "Definitely." He also blamed Nick for Whitney's death in 2012.

"He was the only one there with both situations with my ex-wife and with my daughter and they both died the same way."

"Yeah I think... this is my opinion of who I think this young man was. Being around my daughter and being around my ex-wife, I think he was more so of a provider of 'party favors.'" 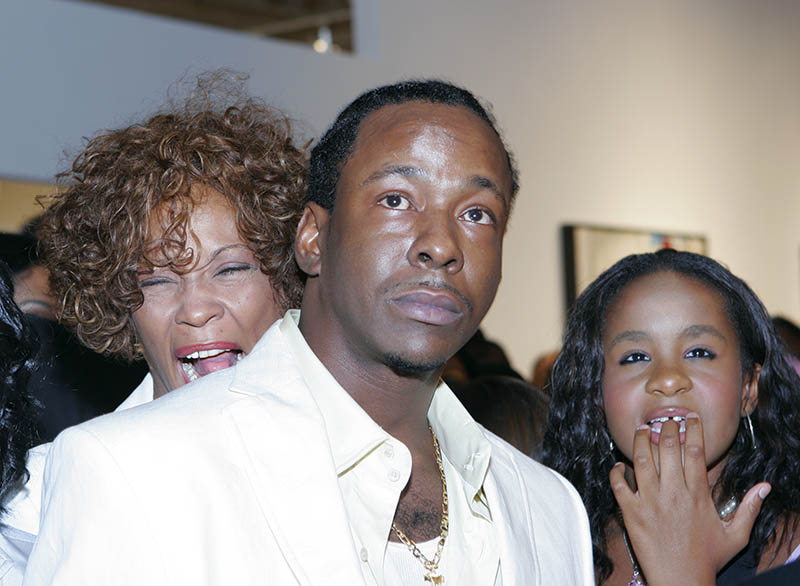 Brown opened up about the effects drugs had on him and his family.

He partially blames himself for exposing Bobby Jr. to his own drug use following the 28 year old's overdose death last year. 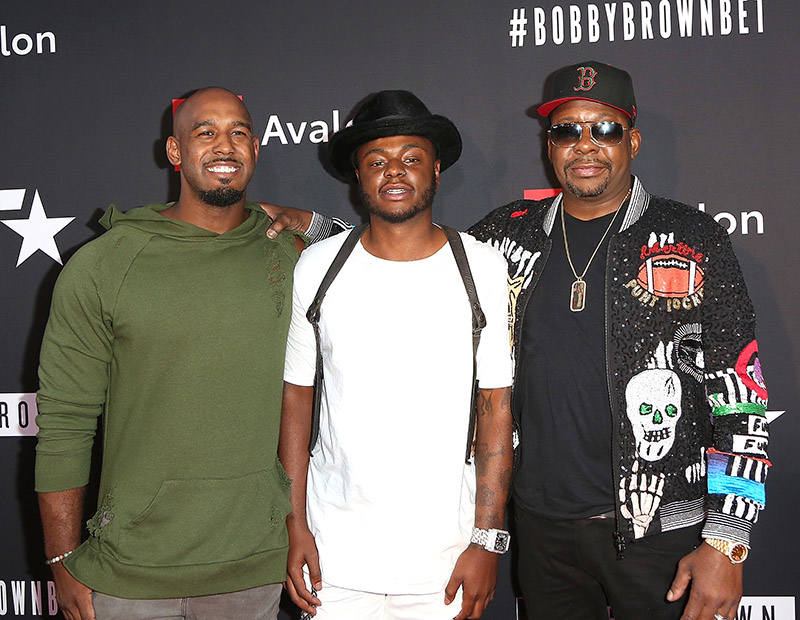 The coroner's office ruled Bobby Jr. died after accidentally ingesting a deadly cocktail of drugs and alcohol on November 18. But the singer insists his son wasn't a drug addict.

"He wasn't a user. He would experiment with different things. It wasn't like he was dependent on drugs like when I was in my situation," the "My Prerogative" singer said.

Addressing his own history of substance abuse, he said, "I depended (on drugs), I needed it. He was a young man who tried the wrong stuff and it took him out of here." 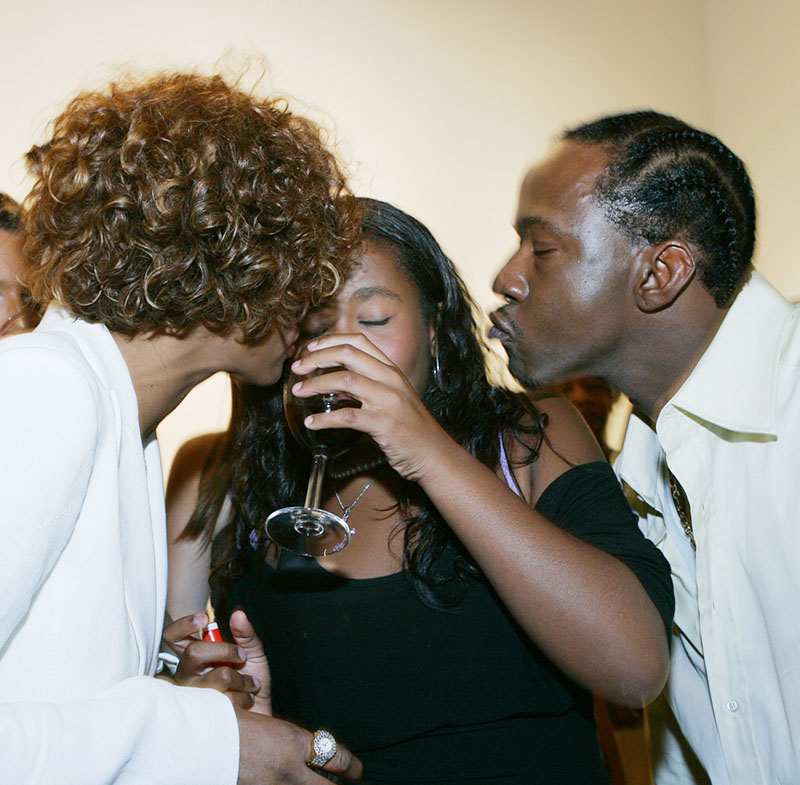 Brown regrets not confronting Nick about providing drugs to Whitney and Bobbi Kristina.

"Did you ever have a chance to confront that young man?" Jada asked.

"No, no I didn't," said Brown. "In fact, before his death, I was in rehab at the time when he passed [in January 2020]. I had planned on once I left rehab to approach the young man just to find out how my daughter was in the last days, but, no, I never got a chance to find out from him or talk to him." 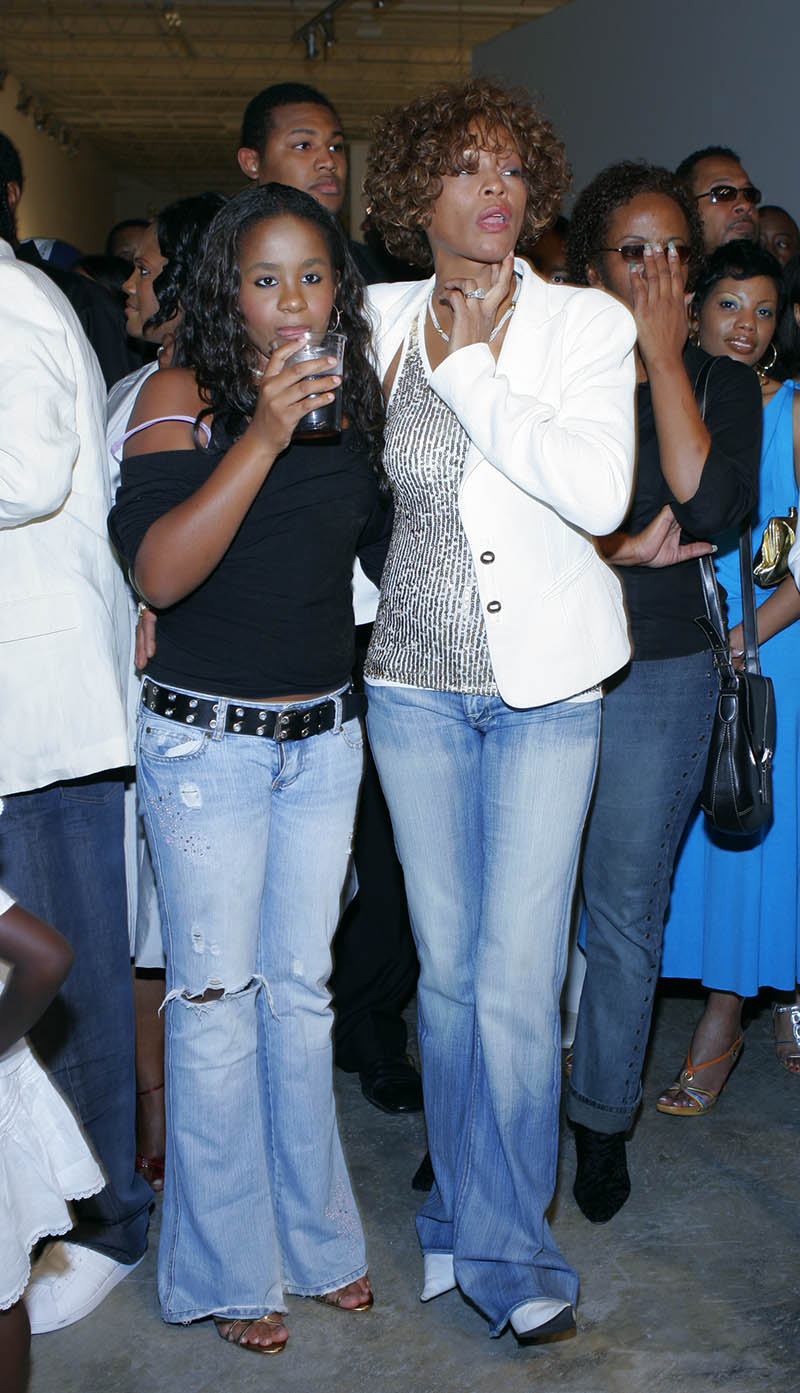 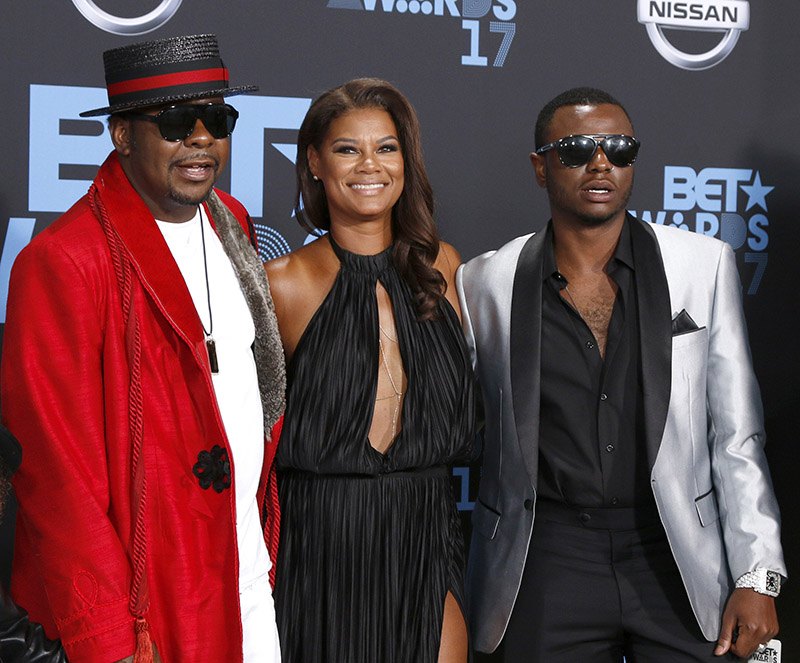 Los Angeles prosecutors are considering filing criminal charges against drug dealers responsible for supplying the drugs that contributed to the death of Bobby Brown, Jr.

A toxicology report shows Bobby Brown, Jr. died from an overdose of cocaine, fentanyl and alcohol.

The 28-year-old son of R&B singer Bobby Brown and Kim Ward was found unresponsive in his Los Angeles home on November 18, 2020. 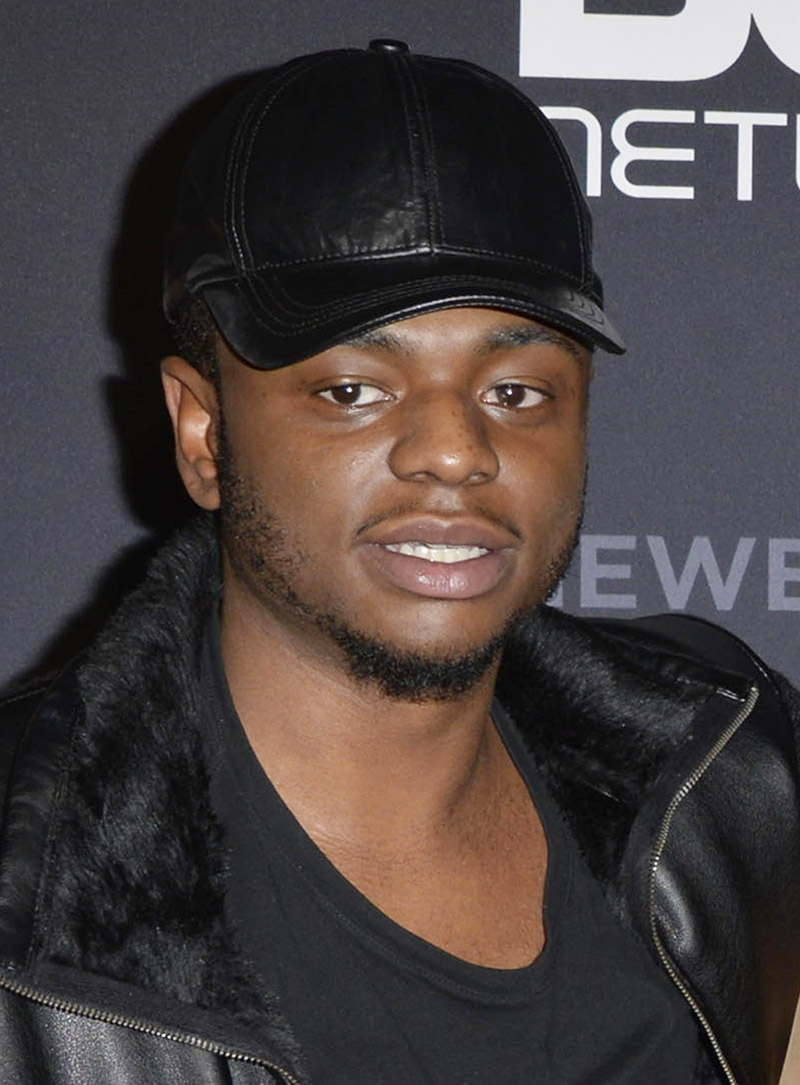 Illegal narcotics in Bobby Jr.'s system prompted his parents to demand a criminal investigation into how Bobby Jr. obtained the drugs.

Specific details about the case have not been released, but according to TMZ, authorities became involved after learning certain drug dealers are known to cut with powerful painkiller fentanyl to get users hooked.

Bobby, Jr. is the second child of the former New Edition singer to die from a drug overdose.

Brown also lost his daughter, Bobbi Kristina Brown, in July, 2015, six months after she was found unresponsive in a bathtub in her Atlanta, Georgia home.

Bobbi Kristina also had toxic levels of alcohol and cocaine in her system. 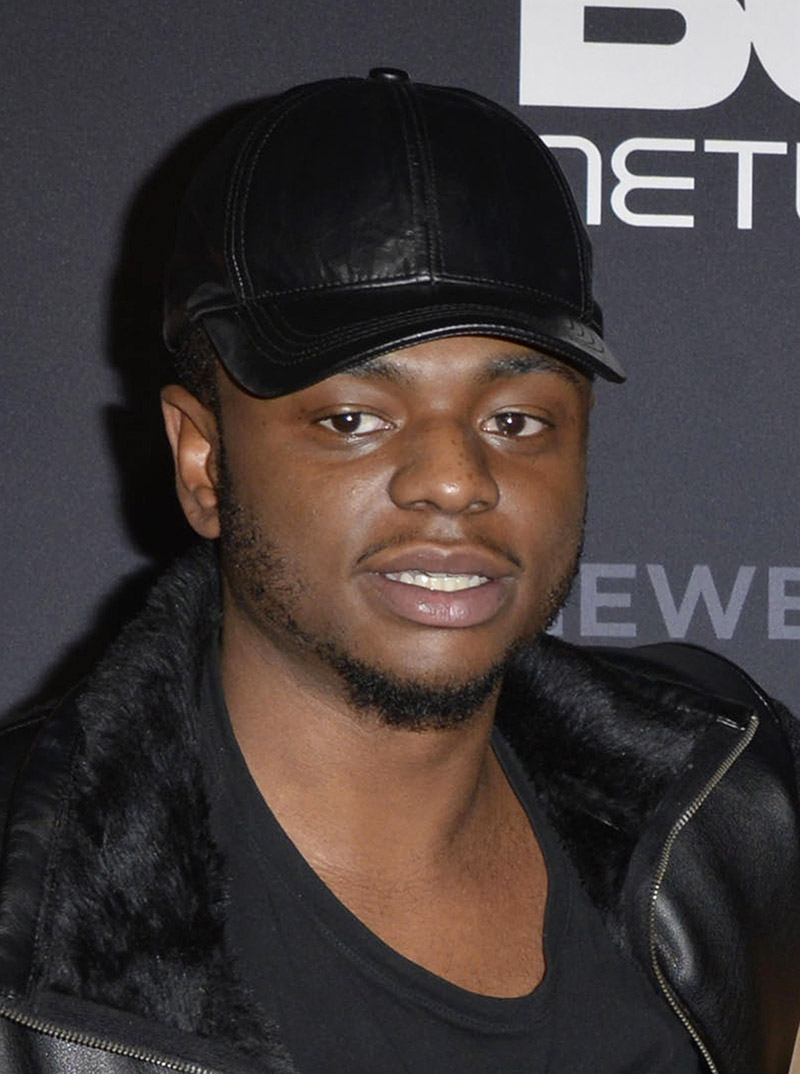 No cause of death was revealed.

Reed wrote on her Twitter page: "The heavens gained an angel but I lost my soulmate [sic]."

In a cryptic tweet, she wrote: "Overdose is a lesson, if you ain't learn then you lethal."

It isn't clear who she was referring to.

Bobby Jr. posted on social media in the hours before he died.

Bobby Jr. is the son of singer Bobby Brown and Kim Ward, his girlfriend of 11 years before he impregnated Whitney Houston with their daughter, Bobbi Kristina.

Bobbi Kristina died after she was found in a filled bathtub in her townhouse near Atlanta in 2015.

Bobby Brown's son Bobby Brown Jr. has died at age 28. He was found dead in his Los Angeles home. No cause of death was disclosed.

Bobby Jr. is pictured center with his father (right) and his older brother, Landon (left), in a photo dated August 29, 2018.

Bobby Jr. was born to Bobby and Kim Ward, whom Brown dated for 11 years before he impregnated Whitney Houston.

Bobby Jr. and his sister La'Princia appeared on Bravo's Being Bobby Brown reality TV series in 2005.

His death comes 5 years after his half-sister Bobbi Kristina was found unconscious in a filled bathtub in her home near Atlanta. She passed away on July 26, 2015 at age 22.