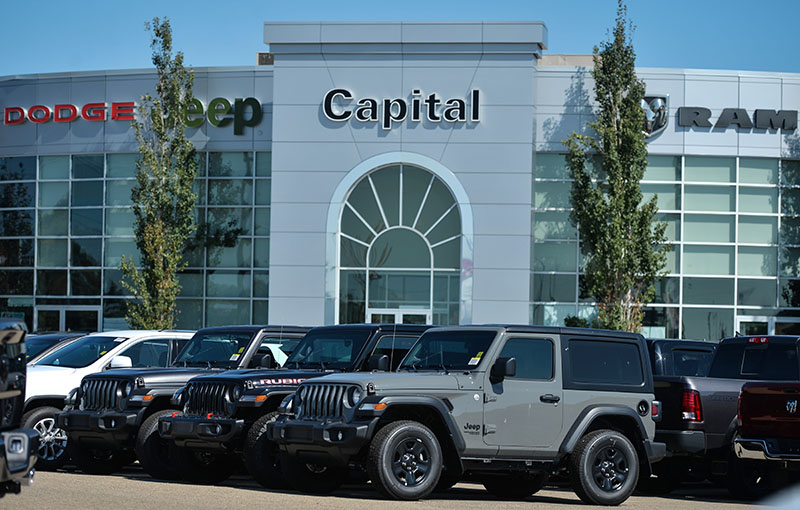 This is a cautionary tale for anyone who takes their vehicle to a car dealership for service or leaves their car with a valet.

A man whose Jeep was involved in a freak accident at a car dealership in Michigan is being sued for wrongful death.

According to FOX 2 News, the customer took his Jeep for an oil change at the Rochester Hills Chrysler Dodge dealership in Mount Clemens on March 13, 2020.

After handing his keys over to a 19-year-old employee at the dealership, a freak accident occurred that left a 42-year-old lifelong mechanic dead.

"He starts the car, removes his foot from the clutch, and you know what happens? The Jeep jumps and kills my client," attorney David Femminineo told FOX 2.

According to Femminineo, his client, Jeffrey Hawkins, a father of four, would still be alive if the customer hadn't taken his Jeep to the dealership for an oil change that day.

Femminineo says the customer should be held accountable because the dealership can't be sued under Michigan law.

Femminineo described Hawkins as "an excellent man" whose 2-year-old son was only 1 at the time of his death.

The attorney told FOX 2 that the 19-year-old employee didnt know how to drive a stick, and he had no license.

When asked why the dealership hired him without a valid driver's license, the attorney replied, "That's what I'd like to know."

Femminineo told FOX 2 he sued the customer because of a "legal standard" that prohibits him from suing the dealership when a fatal accident involves two employees.

Femminineo said the responsible party is the car owner who wasn't even involved in the accident.

"I have to do that," Femminineo said, before explaining the car owner should have verified that the 19-year-old employee had a valid license and could drive a stick before handing over his car key.

"When you hand your car over to anybody including the valet or the person at the service desk at your local dealership, you better be able to trust that person," he said.

FOX 2 reached out to the car owner's attorney - who had no comment on pending litigation, but he said he plans to fight the case in a trial in May.

Durell Rellz, a flamboyant car salesman for Richards Honda dealership, is going viral online thanks to his flaming sales pitch.

Radio personality Rickey Smiley uploaded the video to his YouTube channel. He captioned the video, "When you mix digital underground with @Gary With Da Tea ... Follow Durrell on Instagram @durellyrellz."

In the video, Durell hops out of a Honda trunk, then prances while singing his catchy trademark line: "Where the money reside?"

His pitch is so popular that he created a t-shirt line with his catchphrase on the front.

Question: Would you buy a car from Durell?

Cardi B and her husband Offset are the latest rappers to team up with a high end car dealership for cheap leases on luxury cars.

END_OF_DOCUMENT_TOKEN_TO_BE_REPLACED

The Texas police officer who shot and killed unarmed teenager Christian Taylor was fired from the Arlington Police Department.

END_OF_DOCUMENT_TOKEN_TO_BE_REPLACED

Seminole County police say a man walked into a luxury auto dealership there and tried to purchase a $263,000 Bentley using a fake check.

Michael Munson, 32, was arrested and charged with using a fake cashier's check to buy the expensive car at Fields Motorcars in Longwood, the AJC.com reports.

END_OF_DOCUMENT_TOKEN_TO_BE_REPLACED

Today, Volkswagen revealed the production version of the new VW Beetle, called the XL1, and it's attracting a lot of attention. The new electric and diesel gas-powered hybrid isn't exactly ready to roll down the assembly line (and into your garage) just yet. There are still some details left for VW to work out -- such as the sticker price for this beauty.