Obama, 59, claimed America's democracy was at risk as long as Trump remained in office. He said Trump's presidency was like a "reality show" to get "the attention he craves."

Obama suggested Trump had not risen to the role of president and he was incapable of doing so.

Trump, 74, watched Obama's speech with interest while tweeting his reactions.

In one tweet, Trump wrote in all caps: "HE SPIED ON MY CAMPAIGN, AND GOT CAUGHT!"

HE SPIED ON MY CAMPAIGN, AND GOT CAUGHT!

"WHY DID HE REFUSE TO ENDORSE SLOW JOE UNTIL IT WAS ALL OVER, AND EVEN THEN WAS VERY LATE? WHY DID HE TRY TO GET HIM NOT TO RUN?"

WHY DID HE REFUSE TO ENDORSE SLOW JOE UNTIL IT WAS ALL OVER, AND EVEN THEN WAS VERY LATE? WHY DID HE TRY TO GET HIM NOT TO RUN? 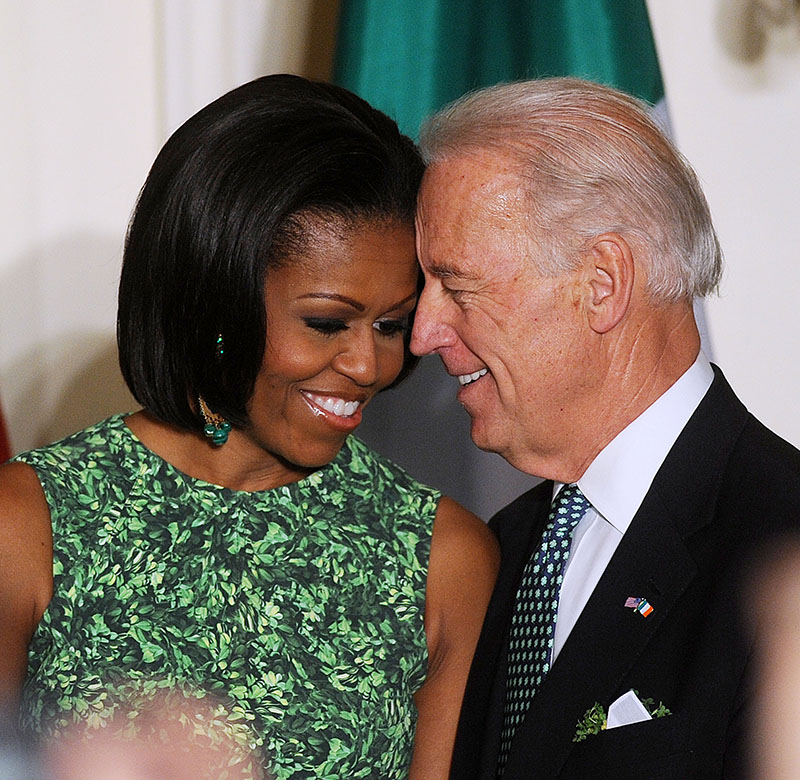 END_OF_DOCUMENT_TOKEN_TO_BE_REPLACED

Kim's admission ends the speculation into Rich's role in leaking the emails that led to major shakeups at the DNC during the 2016 elections.

END_OF_DOCUMENT_TOKEN_TO_BE_REPLACED

The Democratic National Committee disqualified a candidate for the DNC chair for saying he didn't believe Minnesota Congressman Keith Ellison, pictured above, should become chairman because of his Islamic faith.

END_OF_DOCUMENT_TOKEN_TO_BE_REPLACED

The Democrats must replace ailing Hillary Clinton if they have any hope of winning back the White House.

That's the word from Capitol Hill, according to published reports.

END_OF_DOCUMENT_TOKEN_TO_BE_REPLACED

Hillary Rodham Clinton should be cooling her heels in a prison cell right now. But thanks to her deep Washington D.C. political connections, the 68-year-old sickly mother-of-1 is the first female to be nominated for president in America.

A LA Times poll shows frontrunner Donald Trump cruising to a comfortable 7-point lead over Clinton -- who is probably the most despised woman in America today.