Dominic West and his long-suffering wife Catherine Fitzgerald staged a display of affection for the paparazzi after the 50-year-old actor was caught cheating with his 31-year-old co-star Lily James (pictured above).

Dominic, best known for his role as Jimmy McNulty in HBO's The Wire, was photographed passionately kissing Lilly in Rome.

Photos obtained by UK's The Sun newspaper show Dominic passionately kissing Lilly's neck while they dined at a restaurant in Rome on Sunday. Other photos show him with his hands seductively around her waist while riding an electric scooter. [See photos here]

According to Backgrid.com, Dominic and Lilly "spent two nights of love in a suite at the top Hotel De La Ville with a panoramic view over the whole city and just at two minutes walk from the Spanish steps.

"They only left the hotel for a few hours riding an electric scooter around the Spanish Steps and Piazza di Pietra." 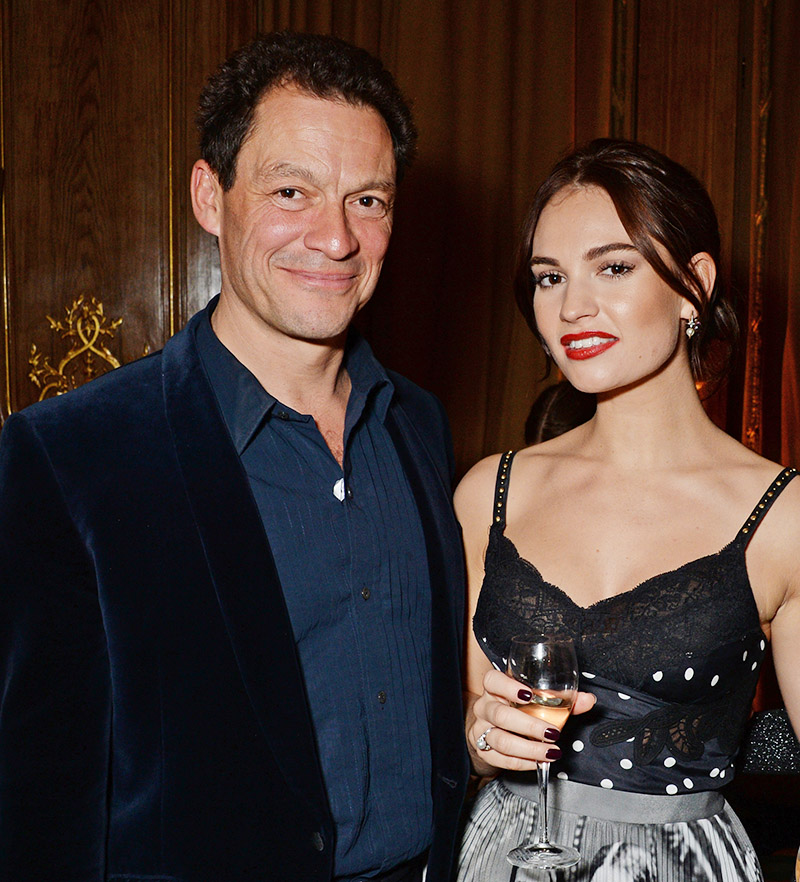 Dominic and Lily (pictured together in London in 2018) filmed a BBC adaptation of Nancy Mitford's novel The Pursuit of Love over the summer.

A friend told Britain's Daily Mail, Dominic's wife Catherine, to whom he has been married since 2010 was "devastated" by the paparazzi photos.

"Catherine has seen the pictures and she's devastated," the pal said. "I came over to speak with her as soon as I knew about them. Catherine has been trying to speak with Dominic but he's not answering his phone. She's totally shocked because she didn't know anything was going on. They were very much together, so this is completely out of the blue.

"She thought they had a good marriage and now it's probably over. That's how she feels right now but the two of them need to speak but at the moment, she's lost for words."

After the bombshell photos surfaced online on Monday, Dominic hastily returned home to his $2.3 million (USD) country cottage in Wiltshire, England, where he and his wife posed for loving photos. 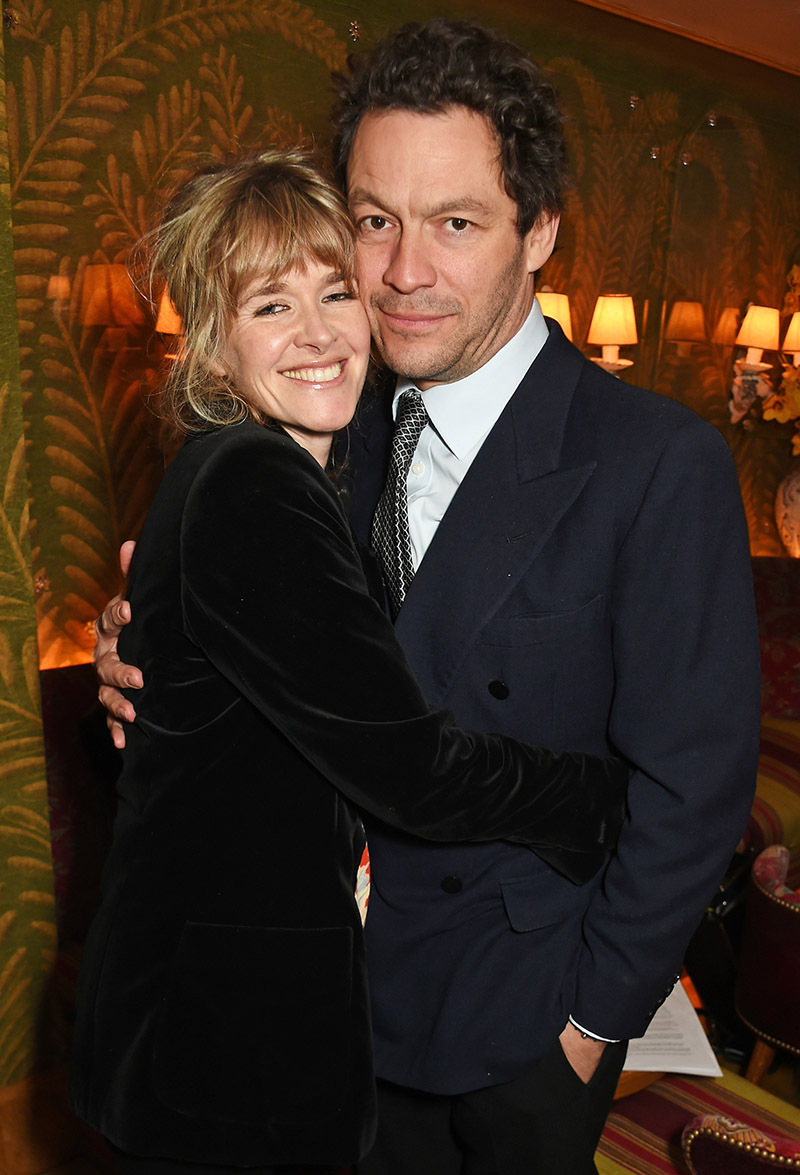 The photos show Dominic and his wife Catherine outside the cottage kissing and embracing each other while Dominic looks directly into the camera with a smirk on his face. [See the photos here]

A body language expert who analyzed the photos called the couple's show of affection "a stunt".

"Dominic decides to avoid any eye contact [with his wife] and pin his eye expression on the cameras instead," body language expert Judi James said.

Catherine appeared to have been crying. She carried a tissue and a hand-written note which she propped on a stone wall outside the cottage.

The note reads: "Our marriage is strong and we're very much still together. Thank you."

The note was signed, "Catherine & Dominic." 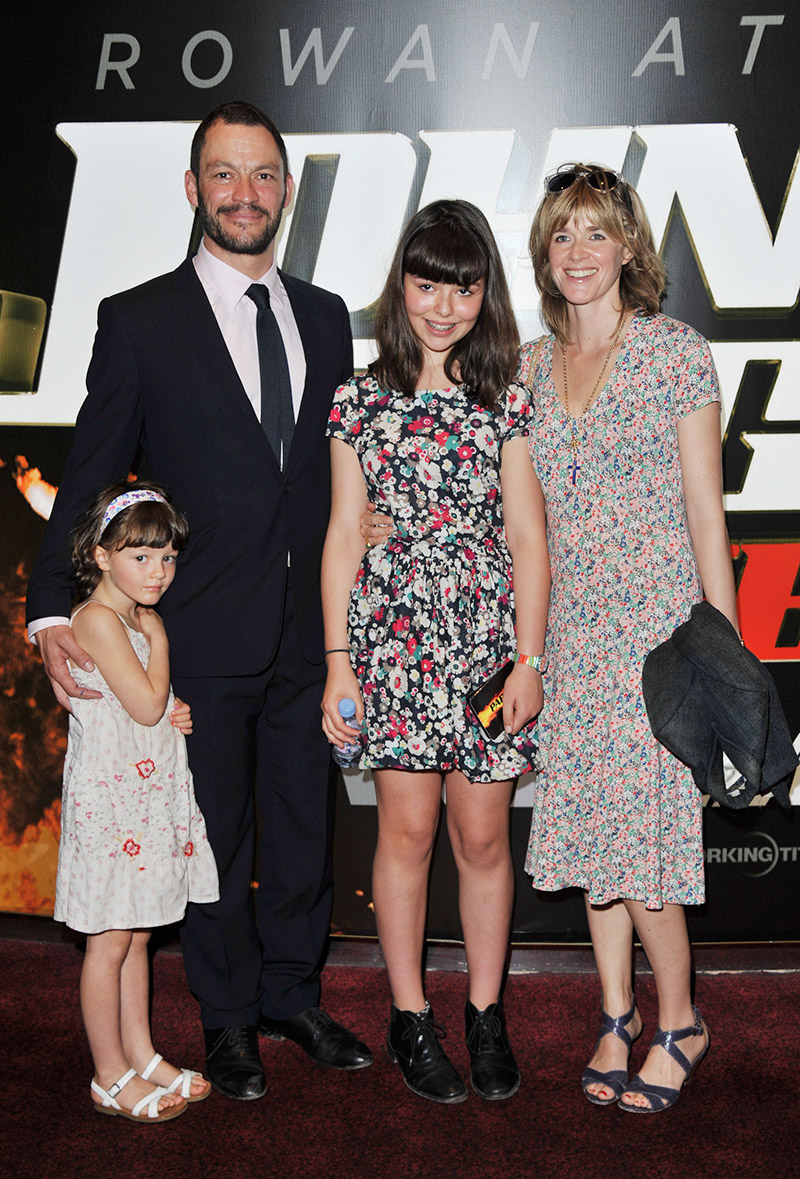 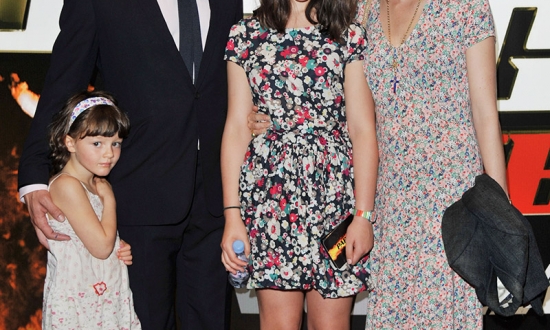 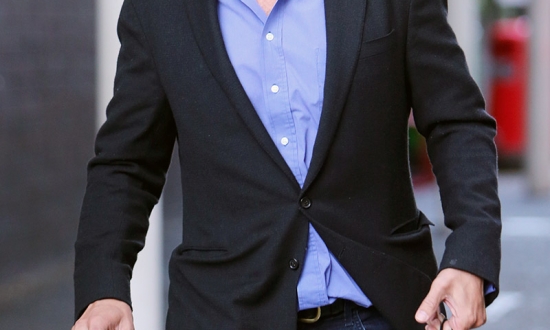 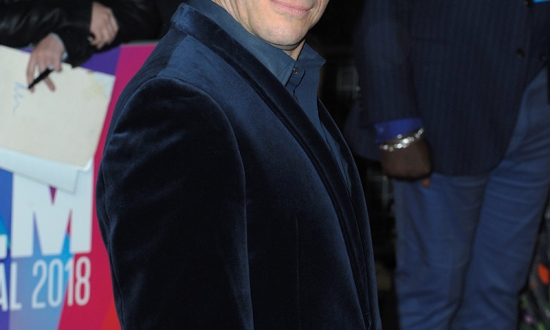 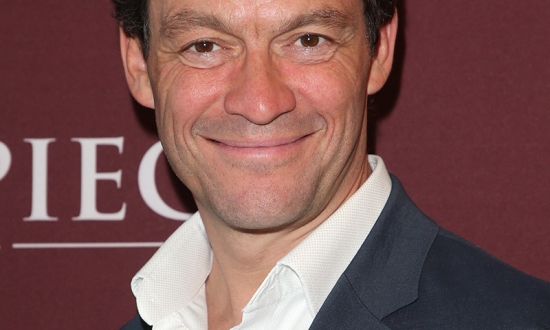 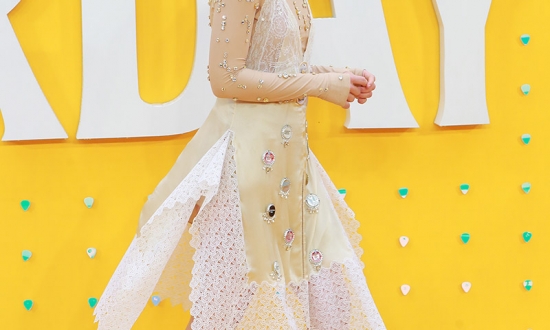 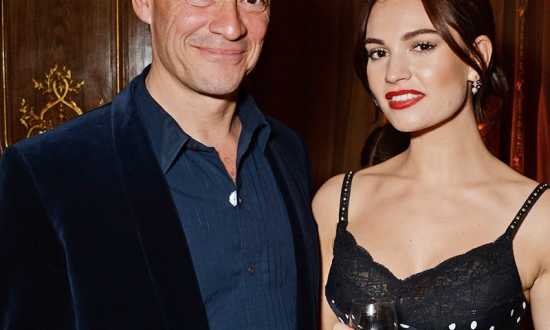 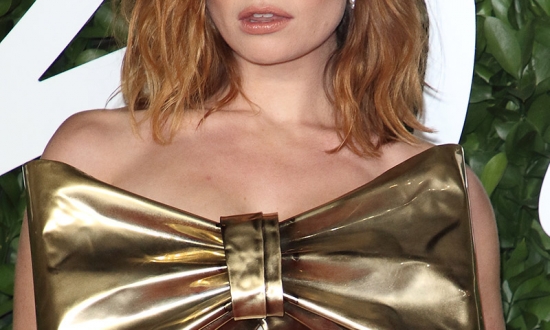 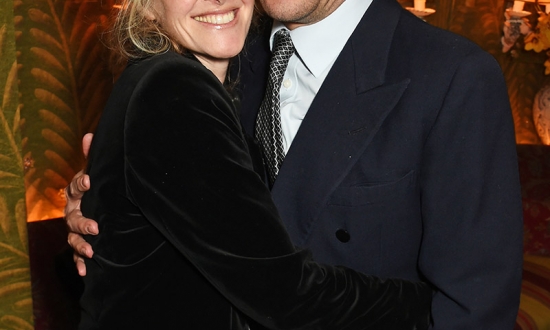