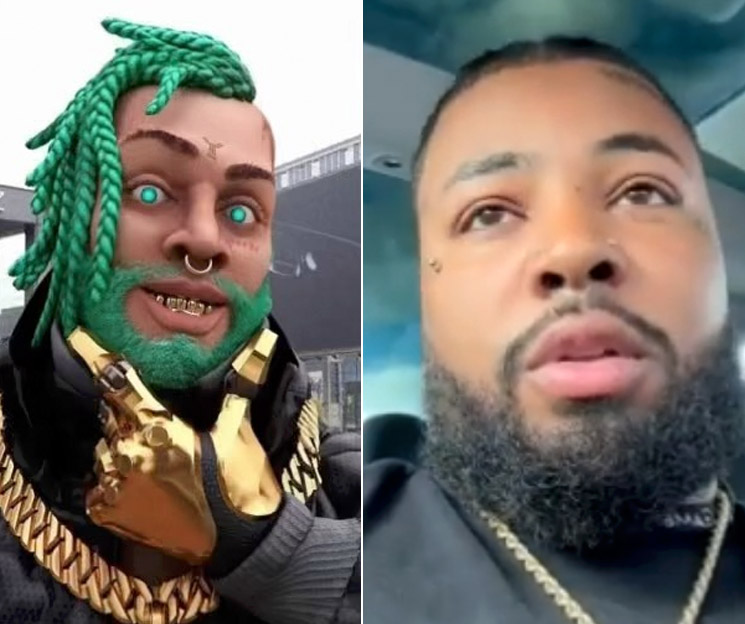 The Black man who voiced the AI rapper FN Meka says the creators "ghosted" him and never paid him.

Rapper Kyle The Hooligan posted a video on his Instagram explaining that he was the voice behind the controversial non-human rapper.

In the video, Kyle said he collaborated with record label execs Anthony Martini and Brandon Le, the creators of FN Meka.

Kyle said he agreed to lend his voice to the FN Meka project with the expectation that riches would follow after Martini and Le signed a lucrative recording contract for FN Meka. 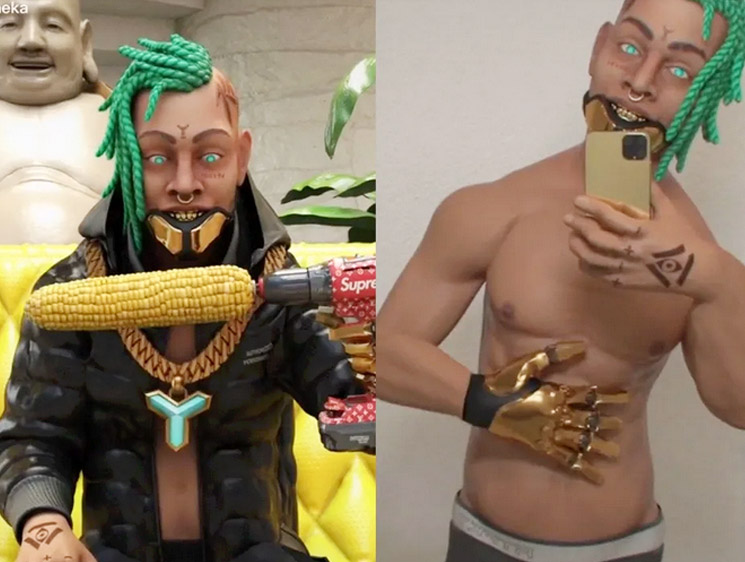 Capitol Records announced an unprecedented recording deal with the AI robot, but Kyle said he was never invited to the table.

"I know y'all done heard about this FN Meka stuff. People been DMing me," Kyle said in the video.

"I been trying to keep it quiet because I was gonna really wait 'til this shit blew up for real and went after them. Basically, it's like, they came to me with this AI shit and was like, 'Would I like to be the voice of it?' I thought it was gonna be some collaboration. They promised me equity in the company, percentages, all this stuff. So I'm thinking, OK, this about to be some collab, something different for me, so where I can do my music and be on some AI stuff with this FN Meka character."

After fierce backlash on social media, Capitol Records dropped FN Meka from the label and apologized to the Back community.

That's when Kyle came forward claiming to be the voice behind FN Meka.

"Next thing I know, niggas just ghosted me. Used my voice, used my sound, used the culture and just literally just left me high and dry. I ain't get a dime off of nothing. And they got record deals, all this stuff. I wasn't involved with no meetings or none of that, which is f*cked up. So, honestly, I'm glad they ass got canceled. That's karma for they ass."

But Black Twitter is convinced that Kyle is taking the fall for Capitol Records because the voice behind FN Meka is a white rapper.

Capitol Records cut ties with FN Meka, a computerized AI rapper, amid fierce backlash from real rappers, including The Game.

"CMG has severed ties with the FN Meka project, effective immediately," Capitol Music Group said in a statement to Entertainment Weekly on Tuesday.

Capitol Records continued: "We offer our deepest apologies to the Black community for our insensitivity in signing this project."

The record label made headlines this month after signing FN Meka to a lucrative record deal. The backlash began almost immediately, as many were offended by the robot's misappropriation of Black cultural stereotypes and frequent use of the n-word in its raps.

FN Meka described itself as a "Robot rapper not accepted by this world." The AI rapper showed off digital Louis Vuitton, Rolls Royce cars, and gold chains in its social media posts.

The deal was announced alongside the release of Meka's new song "Florida Water" featuring rapper Gunna.

Other record labels took note of the buzz generated by Capitol Records signing a virtual (non-human) rapper to its roster.

Rappers such as The Game slammed the signing as racist, and others warned that record labels would soon replace problematic rappers with virtual artists that can be easily controlled.